The federal government has been applying somewhat of a forensic lens to the question of free speech in Australian universities for several years. Most recently, as part of a package of deals cobbled together in September to get the Job-Ready Graduates Package through parliament, One Nation Senator Pauline Hanson convinced the government to incorporate a definition of academic freedom into the Higher Education Support Act 2003 that governs universities. The Higher Education Support Amendment (Freedom of Speech) Bill 2020 was introduced into the House of Representatives on October 28 and is due to be debated in the Senate this week.

The amendments have their origins in an inquiry into free speech on university campuses, chaired by former High Court Justice Robert French, which the government commissioned two years ago. In spite of government claims the review was warranted due to concerns about the shutting down of free speech, his report found no “free speech crisis” in Australian universities.

French proposed a model code on freedom of speech that universities could adopt, while noting the importance of protecting their institutional autonomy.

Read more: Dan Tehan wants a 'model code' on free speech at universities – what is it and do unis need it?

Certain government members continued to express concern. These include a call in 2018 by Senator James Paterson to withhold funding from universities if they failed to uphold free speech. 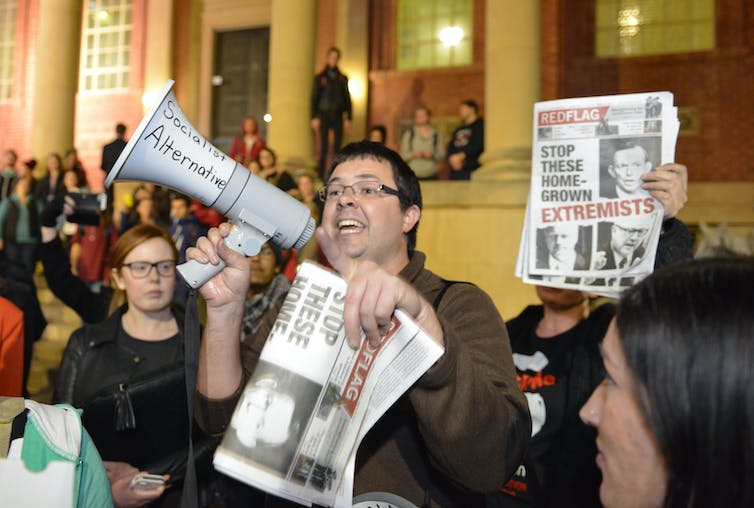 The government has apparently heeded such calls. This year the government tendered for a “freedom of expression survey model” to be incorporated into the annual Student Experience Survey sent out to graduates.

In August 2020, Education Minister Dan Tehan announced a new review focused on evaluating how well universities have implemented the French model code on free speech. This review was due to report by the end of November.

Most universities are reported to have adopted, or to be adopting, free speech codes that uphold and implement the intent of the model code and comply with the statutory frameworks within which they operate. They differ in minor respects from one another and from the model code. The minister has recognised the need for this flexibility.

All this is happening in a context in which claims of a free speech crisis in Australian universities have been largely discredited and shown to be spurious.

What is in the bill?

The bill proposes to do two things.

Academic freedom is centred in the very specific role of the university in creating and disseminating knowledge through research and teaching. For that role to flourish, academic staff and students, when engaged in research and teaching, must be accorded high levels of freedom to articulate their views, in speech and in print. This does not mean academic freedom is absolute.

Academic freedom, in fact, requires that universities ensure policies and procedures are in place to ensure as many views as possible can be heard. This obliges them to prevent conduct such as intimidation, harassment or bullying that might limit the ability of the university to carry out its special role. It also imposes on speakers in those contexts the responsibility to speak rationally, to give reasons for holding their views, and to use evidence and justifications.

Freedom of speech, on the other hand, is a general freedom applicable to non-specialist contexts. The usual permissions and limitations that apply to free speech generally in the community also apply on the campus of a university, but are not specific to its special role.

The second change ushered in by the bill is to enshrine a definition of academic freedom in the act. It is derived from, but not identical to, the definition proposed by the French Review. The key difference is that a clause in the French definition that protected the freedom of academic staff to speak “on any issue in their personal capacity” has been removed.

This change is, again, a sensible one. Academic freedom pertains to academic contexts. It should not be confused with a general right to freedom of speech.

What impacts will these changes have?

The legislation is likely to have two effects on the status quo.

The first is that universities will be required to devote considerable resources and time to checking whether their current (and soon-to-be-implemented) policies and procedures are consistent with the statutory definition.

Substantively, this will achieve very little to protect academic freedom and freedom of speech on campus, since universities are already implementing free speech codes and had already enshrined protections for intellectual freedom in policy prior to that. Nevertheless, new efforts will be devoted to ensuring consistency between internal free speech codes, other policies and procedures, enterprise agreements and the new statutory definition.

This is likely to keep university lawyers busy. It is unlikely to substantively extend the existing protections of academic freedom or freedom of speech.

This suggests the second and symbolic effect of defining academic freedom in statute is the more important. Ultimately, it seems the purpose of this bill is less to do with substance and more to do with perception.

It will mean the government can say it has taken a stronger stand in defence of free speech. It has long wanted to be able to say this, even when the evidence suggests its free speech commitment is selective.

Those who still subscribe to a discourse of a “free speech crisis” in universities will feel vindicated. They will feel the government has acted to defend free speech.

It is unfortunate universities have become a battleground for freedom of speech in ways that tie them up in endless “administrivia” with little impact on the real conditions in which academics work and students learn. Surely it would be better to leave universities alone to get on with their core business – teaching, conducting research, impacting on and engaging with the community in positive ways, and creating and disseminating knowledge.