Joe Biden’s election as US president presents Prime Minister Scott Morrison with the opportunity to reset Australia’s ailing relationship with China. Encouragingly, Biden has signalled his commitment to rebuilding global alliances and restoring a degree of certainty in foreign policy.

In his victory speech, President-elect Joe Biden talked about an “inflection” moment in America’s history, the opportunity to take a different course.

Australian policymakers should, likewise, take advantage of the Biden victory to reassess China policy settings that, under present circumstances, are not serving the country’s interests.

Emphatically, this is not an argument for a quiescent China policy that disregards Beijing’s bad behavior. Rather, it is a case for more nimble policy-making in Australia’s own national interests.

China’s further stifling last week of Hong Kong’s democratic freedoms by forcing the resignation of pro-democracy legislators is another sign of its disregard of international obligations under the “one country two systems” agreement that heralded the territory’s handover in 1997. 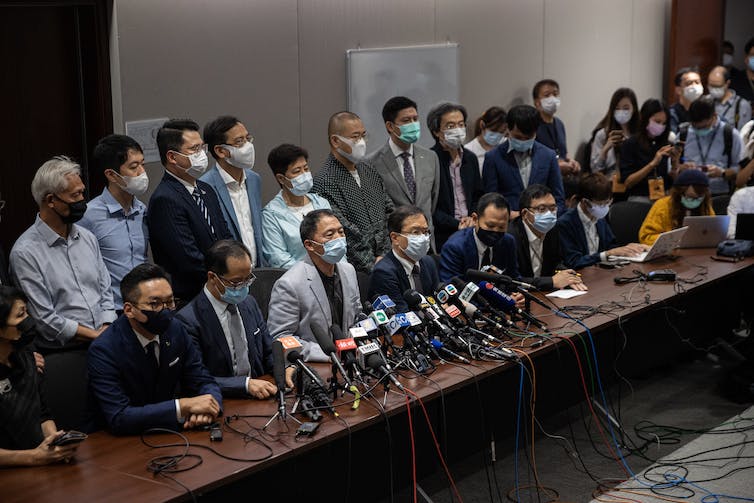 But whether we like it or not, whether it’s fair or not, whether China is a regional bully or not, Canberra needs to find a way to drag its relationship with Beijing out of the mire.

The Biden victory may facilitate this.

Canberra does not need to wait for a new American policy towards China to strive for a better balance between its foreign and trade policy interests and its security policy imperatives. Those efforts should begin now that the foreign policy deadweight of the Trump administration is being lifted.

The government has just signed a 15-nation regional trade deal that includes China, providing a potential avenue for improved relations. The Regional Comprehensive Economic Partnership (RCEP) is aimed at further liberalising trade in the Asia-Pacific.

In its clumsy fashion, Beijing has sought to ease frictions. In an editorial foreshadowing a Biden victory, the Global Times, China’s nationalist mouthpiece, made an interesting reference to Australia

When the US-China relationship is about to see some changes there may be also a window for adjustment to the bilateral relationship between China and Australia. Australia is likely to be under less political pressure from the USA on key issues with China, and whether the Morrison government will continue to play tough with China will largely steer Australia’s economic prospects.

On the face of it, this represents a possible break in the clouds. It will reflect views at senior Chinese government level.

Former Australian ambassador to Beijing Geoff Raby had a point when he told the National Press Club that the China debate in Australia had been reduced to a binary argument between “sycophancy and hostility”. This stifles reasonable discussion of something in between. Raby said:

The main thing with diplomacy is not how loudly you speak but the outcomes you get.

He also made the sensible point that, for all the talk of alternative markets at a moment when China is restricting Australian exports, China will remain, for the foreseeable future, the world’s fastest-growing economy and dominant destination for Australian products.

Soaring iron ore prices in the first half of this year, as China sought to re-inflate an economy hit hard by the coronavirus, mask a slippage in Australian business with China more generally.

China’s economy is already springing back harder and faster from the ravages of the coronavirus pandemic than its competitors.

Read more: What would a Biden presidency mean for Australia?

The International Monetary Fund predicts China’s economy will grow by 8.2% in 2021 and account for about a quarter of global growth.

These are the realities that are sometimes pushed aside by threat obsession within the Canberra political establishment.

Morrison could do worse than review an Asialink speech he made soon after he was elected prime minister to remind himself of principles he laid down then for dealing with China, and which appear to have been honoured in the breach since.

Then he decried a “binary prism” through which conflict between the US and China was seen as inevitable. He also rejected what he called the “fatalism of increased polarisation”.

“Australia should not sit back and passively wait our fate in the wake of a major power contest,” he said, while extolling the virtues of “regional agency” in which Canberra sought to work more closely with its like-minded neighbours.

This was all sensible stuff.

However, Australia’s alignment with Trump’s chaotic “America First” foreign policy has overwhelmed talk of a Morrison doctrine that emphasises regional connections. In the process, global alliances have been trashed.

This in turn has tested Canberra’s ability to apply basic principles of statecraft by maximising its strengths and minimising its weaknesses in an era in which power balances are shifting.

In all of this, the national media have played a role in amplifying the views of those who would have you believe the country is under constant existential threat. Voices calling for a more measured approach to dealing with China have been drowned out.

A low point was reached this month when a government senator in a Senate committee demanded Chinese-Australians giving evidence about difficulties in a hostile environment were asked to denounce the Chinese Communist Party. This implied a “loyalty test”.

Clunky Australian interventions on critical issues such as Huawei and investigations into the origins of the novel coronavirus have facilitated China’s strategy of portraying Canberra as Washington’s handmaiden for its own self-serving reasons.

Australia’s conspicuous and injudicious lobbying of its Five Eyes partners to exclude Huawei from a buildout of their 5G networks caused more trouble than it was worth.

Morrison’s heavy-handed intervention – after a phone call with Trump – in presuming to appoint himself co-ordinator of a global investigation into the origins of COVID-19 added further to Chinese disquiet.

An inquiry under World Health Organisation auspices was going to take place anyway. Why Morrison took it upon himself to take the lead in instigating an inquiry at a particularly sensitive moment for China remains a mystery. 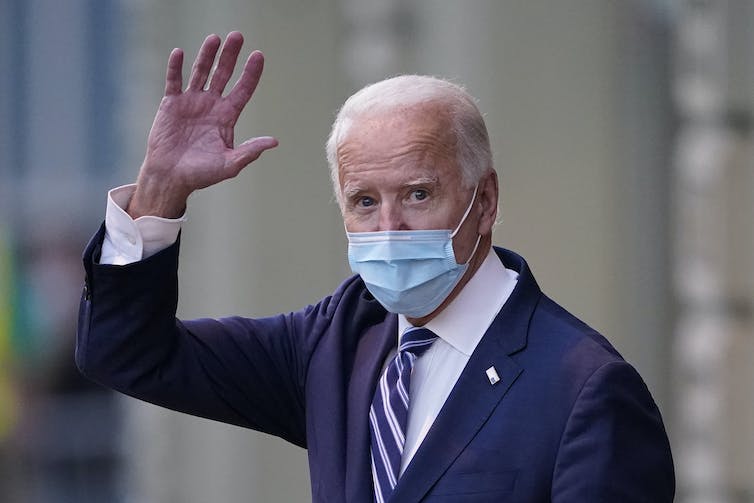 In their efforts to get a handle on the form Biden foreign policy might take, Morrison and his advisers could do worse than review the president-elect’s contribution to the journal Foreign Affairs in which he laid out his blueprint for American global leadership.

This is a comprehensive description of how Biden’s foreign policy might evolve in a world that has changed significantly since he served as vice president in the Obama White House. It also demonstrates that Biden would not be outflanked on China policy by his opponent.

His proposal for a global Summit for Democracy to “renew the spirit and shared purposed of the nations of the free world” would be a welcome initiative.

Biden’s reference to how to meet the China challenge is worth noting.

The most effective way to meet that challenge is to build a united front of US allies and partners to confront China’s abusive behaviors and human rights violations, even as we seek to co-operate on issues where our interests converge, such as climate change.

This is the Biden carrot-and-stick formula. Too often in the recent past, the Morrison government has found itself aligned, whether it likes it or not, with the wrong end of the American stick.

Note: this article was updated on November 16 to take in the trade deal announcement.