CC BY-ND Climate Explained is a collaboration between The Conversation, Stuff and the New Zealand Science Media Centre to answer your questions about climate change. If you have a question you’d like an expert to answer, please send it to climate.change@stuff.co.nz Why do humans instinctively reject evidence contrary to their beliefs? Do we understand why and how people change their mind about climate change? Is there anything we can do to engage people? These are three very significant questions. They could be answered separately but, in the context of climate science, they make a powerful trilogy. We understand the world and our role in it by creating narratives that have explanatory power, make sense of the complexity of our lives and give us a sense of purpose and place. These narratives can be political, social, religious, scientific or cultural and help define our sense of identity and belonging. Ultimately, they connect our experiences together and help us find coherence and meaning. Narratives are not trivial things to mess with. They help us form stable cognitive and emotional patterns that are resistant to change and potentially antagonistic to agents of change (such as people trying to make us change our mind about something we believe). Read more: How do you know that what you know is true? That's epistemology If new information threatens the coherence of our belief set, if we cannot assimilate it into our existing beliefs without creating cognitive or emotional turbulence, then we might look for reasons to minimise or dismiss it. At odds with each other Consider the current presidential election in the United States and the supporters of Donald Trump and Joe Biden. The seemingly irreconcilable views of segments of the population are the result of very different narratives.

Very different viewpoints from supporters of Donald Trump and Joe Biden in the presidential election. Ringo H W Chiu/AP Photo Each side interprets events through a lens of pre-existing beliefs that determines the meaning of new information. They might all be looking at the same thing, but they understand it in very different ways. Information that one side points out can refute a claim from the other side is dismissed as conspiracy or deliberate falsehoods, or whatever it takes not to have to engage with and assimilate it. More than this, sometimes we can only make sense of people who don’t share our world view by assuming they have some defect of perception or cognition that limits their ability to see things as clearly as we do. After all, if they could see as clearly, surely they’d agree with us! Climate science denial Climate science is a typical example of this kind of effect. Not only are there very different narratives people use to describe themselves and each other, but misinformation produced by some media organisations and private corporations is designed to feed into and amplify existing narratives for the purposes of creating doubt and dissent. But it gets even worse. Because of an increasingly polarised political environment in many parts of the world and the intensification of the so-called culture wars, stances on topics that might once have been shared across the political and ideological spectrum are now grouped together. 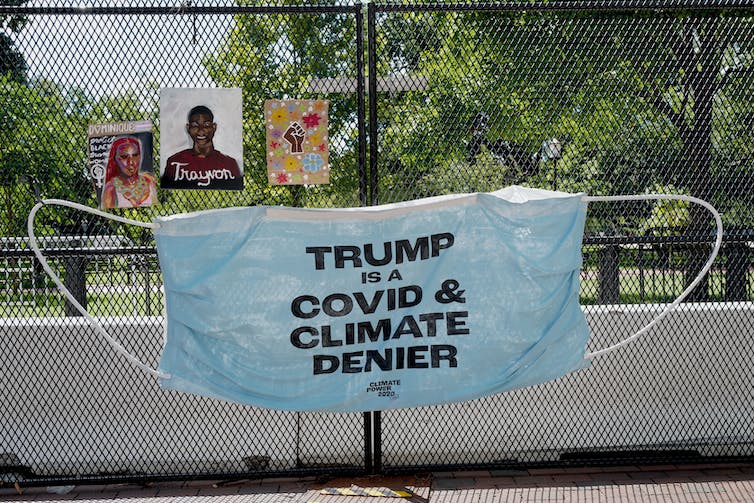 Not one, but two denials. Phil Pasquini/Shutterstock For example, denial of the science of climate change is linked to denial of COVID-19 as a legitimate concern. We also find positions on climate science highly correlated to other, more basic ideologies. Pick a topic and it’s increasingly easy to predict what someone might think about it based on their opinion about another topic in that same political basket of ideologies. The narratives are becoming more inclusive; it’s been a while since the politics of climate science has just been about the science. Read more: Climate sceptic or climate denier? It's not that simple and here's why It is also the case that belief in climate science is not a binary affair. There are many shades of belief here. But all this does not mean people are immune to changing their view, even when they are deeply woven into their personal identity. Yes, you can engage people … and change their mind US musician, actor and writer Daryl Davis is a black man responsible for dozens of members of the Ku Klux Klan leaving and denouncing the organisation, including national leaders. He did this through engaging them in conversation, and ultimately befriending them, in a genuine attempt to understand their world views and the deep assumptions on which they were based. For Davis, mutual respect and a desire to understand each other are necessary conditions for peaceful coexistence and a convergence of views. What Davis appreciated is a core principle of public reasoning, or reasoning together. If we wish others to join us in believing in something or in some course of action, we must not only have reasons that make sense to us, they must also be meaningful to others. Otherwise, explaining our reasoning amounts to little more than making another kind of assertion. Creating shared meaning through reasoning together requires respectful dialogue and an intimate understanding and appreciation of each other’s world views. Don’t lose sight of the truth Let’s be clear, trying to understand how someone thinks is not about meeting them halfway on everything. The truth still matters. 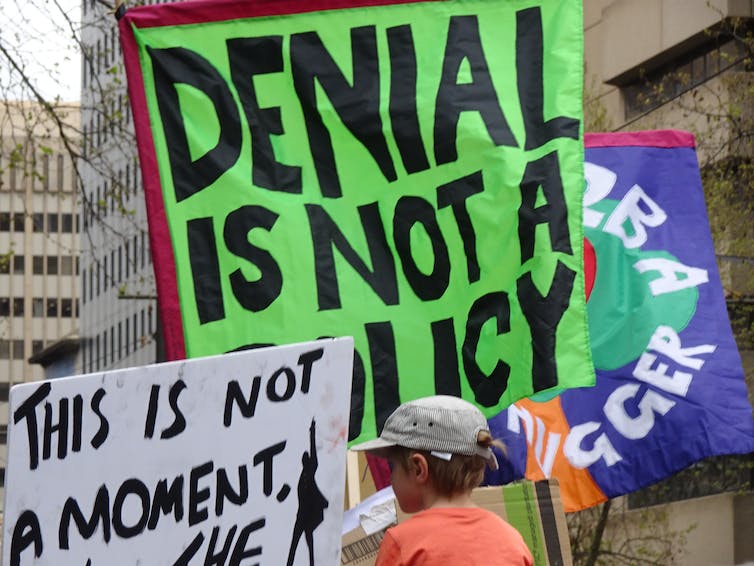 Protests against climate change denial. Michael Coghlan/Flickr, CC BY-SA In the case of climate change, we know that the planet is warming, that the consequences of this warming are very serious and that humans contribute significantly to it. Read more: Climate explained: are we doomed if we don't manage to curb emissions by 2030? We like to think of ourselves as rational creatures, and we are. But that rationality is not devoid of emotional contexts. Indeed, we seem to need emotions to be rational. For this reason, facts alone are not as convincing as we would like them to be. But facts coupled with respect, understanding and compassion can be enormously persuasive.