American presidential elections do not, as a rule, change the calculus much for Australian foreign policy. Elections come and go, American presidents complete their terms and business continues more or less as normal.

Even Richard Nixon’s resignation in 1974 due to Watergate caused not much more than a ripple in what had been a difficult relationship between Washington and Canberra during the Whitlam era.

Gough Whitlam and his ministers had criticised US bombing campaigns in Hanoi and the North Vietnamese port city of Haiphong.

Importantly from Australia’s perspective, Gerald Ford continued Nixon’s engagement with China. This led to the normalisation of relations under Jimmy Carter in 1978.

While it would be foolish to predict the outcome of presidential elections whose results have confounded pollsters in the recent past, odds favour a change of an administration.

President Donald Trump’s blunders in the management of a pandemic are weighing heavily on both his electoral prospects and those of the Republican Party.

So, with all the caveats attached, it is reasonable to speculate about implications for Australia of a change of administration.

Read more: Trump can't delay the election, but he can try to delegitimise it

An end to Trump’s “America First” era and its replacement by a traditionalist American foreign policy under Joe Biden, which emphasises friendships and alliances, will create new opportunities.

Importantly, a less abrasive international environment, in which America seeks to rebuild confidence in its global leadership, should be to Australia’s advantage. 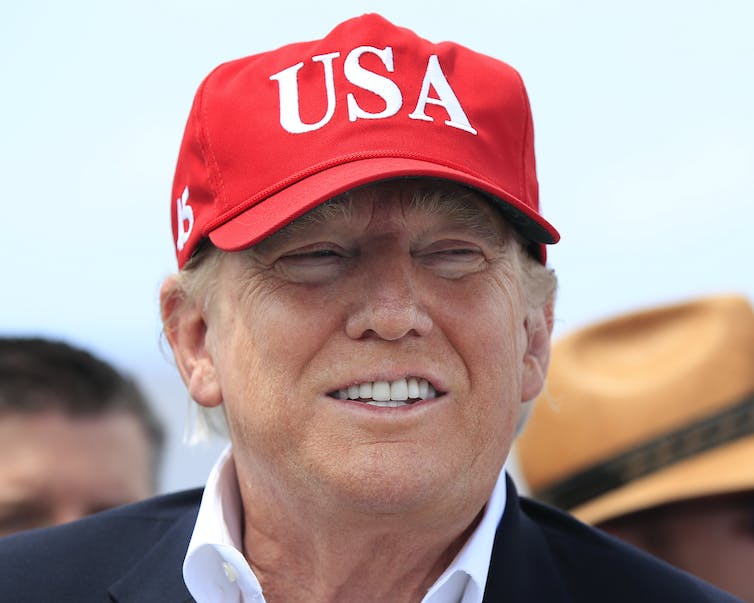 An end to the abrasive, ‘America first’ foreign policy of the Trump administration would benefit Australia. AAP/AP/Manuel Balce Ceneta

Not least of the benefits would be an opportunity for Canberra to reset its relations with Beijing. This is a long-overdue project whose fulfilment has been complicated by Australia’s identification with Washington’s erratic policies coupled with Sinophobic attitudes in Canberra.

None of this is to suggest Australia should drop its legitimate criticisms of China: its human rights abuses; its cyber intrusions; its intellectual property theft; its attempts to interfere in Australian domestic politics; its flagrant disregard for criticisms of its activities in the South China Sea; its unprincipled reneging on its “one country two systems” agreements on Hong Kong, and a host of other issues.

Indeed, you could argue Canberra needs to be more forthright in its dealings with China in pursuit of a more distinctive foreign policy.

Early in his tenure, Prime Minister Scott Morrison showed glimmers of promise in this regard. But this proved short-lived.

In an Asialink speech in the lead-up to the 2019 Osaka G20 summit, Morrison sketched out a role for Australia in seeking to defuse tensions in the region and provide some space for itself in its foreign policy. He said:

We should not just sit back and passively await our fate in the wake of a major power contest.

The speech was regarded at the time as promising a nuanced Morrison foreign policy. But since then the Australia has not ventured far from America’s coattails.

Indeed, it might be said to have cleaved even more closely to the US alliance as China’s rise has unsettled the region.

This returns us to implications of a potential Biden administration for Australia.

It would be naive to assume tensions between Washington and Beijing will dissipate under a Biden presidency. Such is the range of issues bedevilling Sino-US relations that some rancour will persist.

Much has changed in the four years since Biden served as vice president under Barack Obama. China is richer, bigger, stronger, more assertive and seemingly more ideological. It is certainly more nationalistic.

In Xi Jinping, it has a leader who is more conspicuously and ruthlessly committed to restoring China’s greatness than his predecessors.

Gone are the days when discussion about China revolved around hopes it would become a responsible international stakeholder willing to accommodate itself to an America-dominated global order. Now the issue is whether China’s assertiveness can be hedged to avoid open conflict.

Read more: Beware the 'cauldron of paranoia' as China and the US slide towards a new kind of cold war

If elected, Biden will need to settle on a new formula for dealing with China that provides certainty for an anxious global community. Whether this proves possible remains to be seen.

It should also be noted that Biden’s foreign policy advisory team includes hawkish elements that will resist yielding ground to China. Biden himself has referred to China’s leader Xi as a “thug”, along with Russia’s Vladimir Putin and North Korea’s Kim Jong-un.

On the other hand, Biden’s foreign policy realists are not burdened by an “America First” mindset. His team can be expected to take an expansive view of American foreign policy on issues like climate change, arms control and rebuilding a global trading system battered by years of neglect.

A Democrat administration would re-enter the Paris Agreement on climate change. It could also be expected to review Trump’s decision to disengage from the Trans Pacific Partnership trading bloc and it might seek to renegotiate a nuclear deal with Iran.

These would be positive developments from an Australian standpoint.

Unquestionably, re-ordering China policy will be at the top of Biden’s foreign policy priorities, and separate from the absolute domestic imperative of bringing a COVID-19 pandemic under control.

Australia should take advantage of the opportunity to explore possibilities of a less counterproductive relationship with its principal trading partner.