How does one grow old well? Perhaps only by starting to do it early. But who wants to prepare for old age in their youth? I didn’t, and I suspect no one I knew then was doing that either.

The question only really gets going and demands attention when one actually reaches old age (if one does, and whenever that is) — and one begins to look around, often bewildered, at oneself. And ask those questions that really matter.

In his mid-70s, Robert Dessaix has produced a genial, brilliantly stylish and possibly essential companion book for those of us who find ourselves in our 70s or 80s, and suddenly wanting to know what life might be about.

Dessaix’s special skill is to be able to ask the deepest and most complex questions while appearing to be chatting amiably with you, all the while performing for you the literary equivalent of an enchanting dance. By the end you don’t really want such a book to end, which I guess is the sign of a thoroughly well-judged work.

The Time of Our Lives might be a collection of personal essays in the tradition of Montaigne, or it might be a memoir, or a self-revealing, quasi-fiction of the kind Karl Ove Knausgaard has made so compelling, or it might be a series of meditations.

Whatever it is, it can be enjoyed on several levels at once, and though it reads easily, it’s not a book to churn through in one sitting because in its pages you will come across Epicurus, Lucretius, Prokofiev, Hafiz, Sarah Day, Diana Athill, Giotto, the Indonesian language, Javanese anthropology, Bertrand Russell and many others you might want to Google as you go, testing Dessaix’s references and losing or finding yourself in the fun of these digressions.

‘The life of the mind’

It’s a richly detailed read from a writer determined to reveal to you his inner world. In fact, a richly patterned inner world (“an intricately configured life of the mind”) is the secret this book reveals as the key to growing old well.

There, I’ve told you what the message of the book is, so perhaps you don’t need to read it after all. This would be a big mistake. What do we think a rich inner life is? And how might it be performed in front of our eyes by a writer of such rich cultural heritages, a writer who has spent a lifetime honing the skill of skating intricate figures on the thin ice of the blank page?

I am in awe of a writer who takes the time to notice in a Javanese village, that the “ducks scurry about like tiny startled nuns”. On a personal note, we become witnesses to Dessaix’s desire to understand what it might mean for a (childless) gay man to grow old and have his friends tell him the best thing about getting old is getting to play with the grandchildren.

Dessaix’s friends are peppered through the book as if characters in a lightly told picaresque novel that turns out to be as intriguingly shapeless as lived lives are.

All but two of the friends are women. There is Rita (dying in an aged care home), Sarah, Katharina, Barbara (an academic who knows how to be playful) and others, all old, all articulate, and all willing to talk of the deepest matters at the drop of a hat, or climb a stupa with Robert, or join him at a Javanese dance. 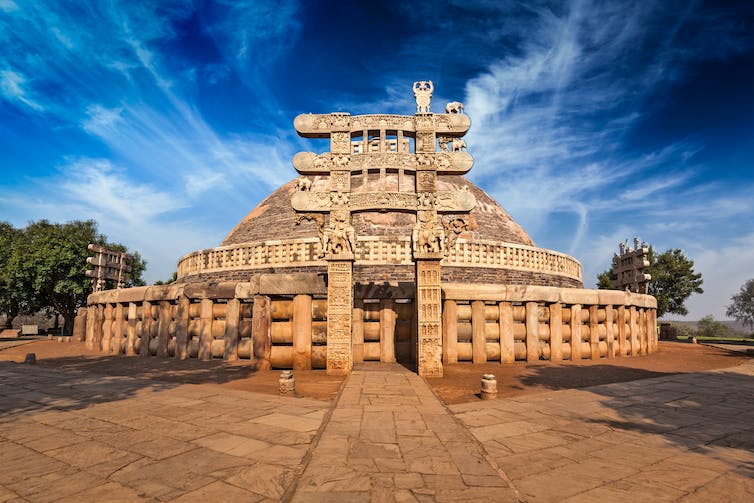 Dessaix sketches these friendships with real affection, though he brings his companions into his sometimes cruelly clever and often ironic circle of wit and worry and inquisitiveness about what it feels like to be alive.

It is deliciously enjoyable to sit alongside him and his companions as they go about their lives, not being sure, as you read, if they will enjoy seeing themselves in print in this way, and wondering how personal he can make it before he might have gone too far.

The matter of the rich inner life of the mind is approached from a number of directions. It is, as I understand, a kind of third way, a way neither of the body nor of the soul, but a bulwark against the constant splintering of meaning in our lives, and an easing of anxiety about an ageing body. It is an antidote to emptiness.

Read more: Friday essay: on reckoning with the fact of one's death

It amounts to an ongoing conversation with yourself about things that matter. It involves the art of never quite growing up, and in later years, it means allowing time to pool, and perhaps engaging in that de-cluttering the Japanese call Yutori.

And importantly, a rich inner life has to do with a commitment to creativity of some sort (“being held together in the nothingness by art” — a message perhaps for the current government, which has relegated the arts to the Department of Transport). 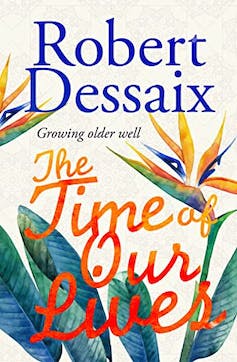 Goodreads There are two moments of personal epiphany in the book. One takes place in a Chinese restaurant in Gundagai, and offers a take on “life” that is remarkably similar to the insights Hans Castorp arrives at in Thomas Mann’s The Magic Mountain in the strange chapter titled “Research” (a book about dying well). The second epiphany arrives at the end, and leaves us with an image of dancing that refracts the whole of what we have read. It is well worth the meandering journey to arrive at this event. Of course there is much that is contentious throughout these essays, or chapters, or episodes, and times when Dessaix’s perceptions might be too narrowed by prejudice or impatience or lack of experience, but not agreeing with everything argued for here is as much part of the fun of reading it as finding such fresh insights along the way. It’s a book you might come to love to keep by you as you make your way through or into your 70s in these strange and dangerous and wondrous times.