Unfortunately, achieving these goals is a much less certain outcome of this package than years of disruption for universities and decades of debt for some students. Three design flaws in Job-ready Graduates put it at high risk of not achieving its own objectives.

Read more: Universities can help Australia's economic recovery, but that's all at risk if the 'job-ready graduates' bill passes

Students aim to be ‘job-ready’ without fee incentives

Arts courses are not a government national priority, so the student contribution for arts will more than double to A$14,500 a year. An eccentric exception is made for English and foreign languages, which will have student contributions of A$3,950, despite worse employment outcomes than other humanities fields. Law and business courses are not government priorities either and so go up from A$11,115 a year to A$14,500.

Revenue from the extra student contribution for non-priority courses will be spent cutting student charges in other courses. Student contributions for teaching and nursing courses will drop from A$6,684 in 2020 to A$3,950 in 2021. In science, engineering and IT, the amount students pay will be cut from A$9,527 a year to A$7,950.

Yet, despite shuffling billions of dollars in charges between students in the next few years, Job-ready Graduates will probably not significantly alter student course choices.

Read more: The government would save $1 billion a year with proposed university reforms — but that's not what it's telling us

The main drivers of course choices are student interests and job prospects. Prospective students can have more than one interest, and several courses may match their interests. But few students – less than 5% according to a first-year student survey – enrol in courses without interest in the field being a major factor. Fewer years spent repaying HELP debt cannot compensate for years of boredom in an uninteresting course and career. 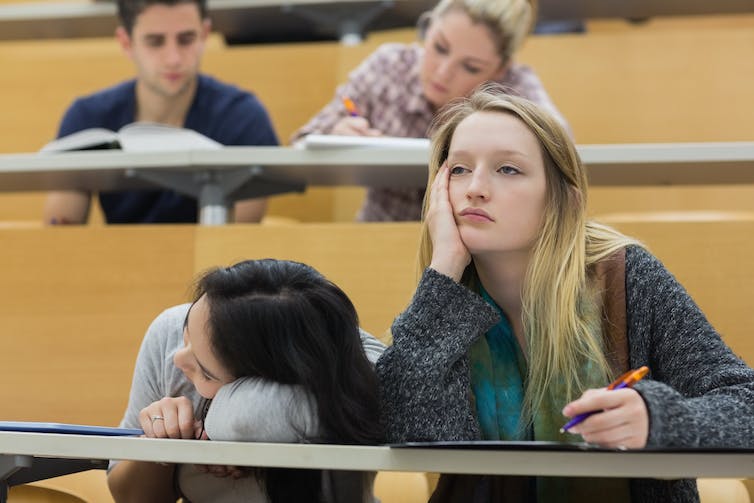 The prospect of a smaller eventual HECS debt is unlikely to persuade many students to pursue courses and careers that don’t interest them. ESB Professional/Shutterstock

Generally, university applications move with labour market trends without any policy intervention from government. Employment and salary prospects after graduation already provide a financial incentive for students to prioritise their interests in a “job-ready” way.

If university applicants are missing opportunities that might suit them, careers advice is a much cheaper way of pointing these out than reducing student contributions.

University and student incentives are not aligned

Courses with likely employment growth in coming years, including teaching, nursing, allied health and engineering, will have less total funding per student under Job-ready Graduates than the current system.

The cut in funding for key disciplines derives from a redesign of overall funding rates in line with a consulting firm’s analysis of teaching and scholarship costs by field of education.

Yet universities are more likely to respond to financial incentives than students. Students can defer paying their student contributions through the HELP loan scheme, which reduces their price sensitivity. Universities have to meet all their costs each year. In the midst of a financial crisis, universities will examine their revenues and expenditures more closely than ever.

This contradiction between student and university incentives is poor policy design.

Student places are more likely to grow in non-priority fields

Job-ready Graduates cuts the average student subsidy, called a Commonwealth contribution. This means that, on average, universities need to deliver more student places for each A$1 million they receive from the government.

If this cut was consistent across all disciplines it would probably achieve its objective. But the government has increased rather than decreased Commonwealth contributions in several priority fields, to compensate universities for lower student contributions. 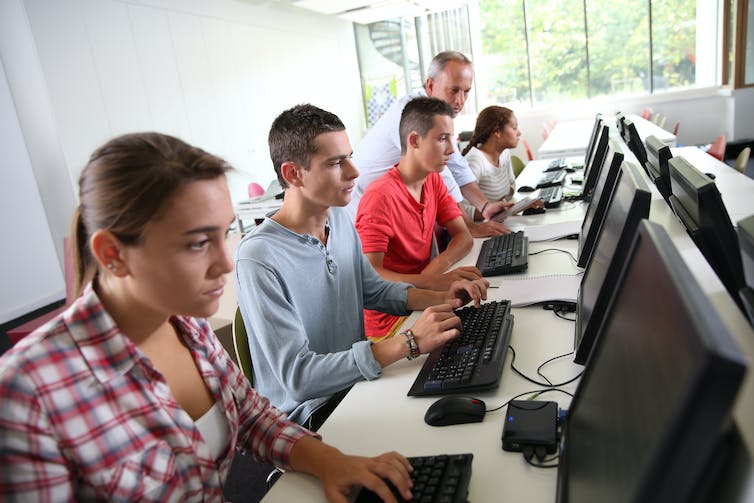 If universities need to deliver fewer places in priority fields per A$1 million in government subsidy that’s not a great incentive to increase places. goodluz/Shutterstock

Collateral damage is near certain

These three design flaws — changes to student contributions that won’t change student preferences, overall funding rates that weaken university incentives, and Commonwealth contributions that limit enrolment growth in some courses — create serious doubt about whether Job-ready Graduates will achieve its stated goals. We can, however, be near certain of serious collateral damage.

Arts, law and business graduates will leave university with student debts of A$40,000 to A$50,000. Many arts graduates have relatively low incomes and will take decades to repay their HELP loans.

The cuts to overall funding rates will reduce university capacity to combine teaching and research, especially in science and engineering. It will add to the already significant fall in university research expenditure caused by a decline in international students.

A future education minister is going to have to fix these problems. But before that happens, Job-ready Graduates, coming in on top of the international student crisis, guarantees several turbulent years for Australian universities.