Fingers have been pointing all over the place as the country searches for answers to the stubbornly high coronavirus cases and rising death rates in Victoria.

While Victorian Premier Daniel Andrews has been fronting an increasingly hostile media — as well as a parliamentary inquiry looking into the state’s handling of the pandemic — the federal government has been under fire for its neglect of the aged care sector.

At the same time, Andrews has frequently chastised the Victorian public for not following the rules of social distancing and mask wearing.

Amid all the rancour, it’s worth asking, why are we so quick to assign blame during a crisis, particularly to those in positions of power? And could doing so be counterproductive if the government starts to lose credibility in the public’s eye? 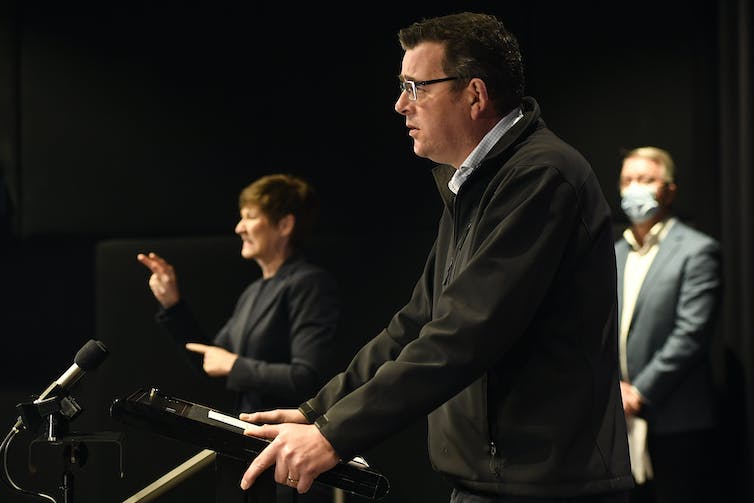 Premier Daniel Andrews and his health team have been in the firing line for weeks over the state’s coronavirus response. Erik Anderson/AAP

Scapegoating has a long history

As the folklorist Jon D. Lee explains in his book, An Epidemic of Rumors, blame is a normal reaction to epidemics or other calamities. Fear activates powerful psychological mechanisms that allow us to cope. And blaming others is a common coping strategy.

It is not just those in authority who bear the brunt of scapegoating. Foreign powers, unseen conspiracies and minorities have all become targets in the past. During the bubonic plague in the 14th century, Jews faced persecution as the supposed carriers. More recently, older women in Tanzania were accused of witchcraft during a period of extreme drought.

Read more: Tensions rise on coronavirus handling as the media take control of the accountability narrative

In the current COVID-19 crisis, our own marginalised groups have been targeted. The temporary contract workers employed as security guards in the hotel quarantine program and young Queensland women who dodged mandatory quarantine are recent examples of this kind of scapegoating. Asian Australians have also been taunted, threatened and spat on.

Why do we feel the need to point the finger?

Some of the reasons are entirely justified and well-intentioned. Freedom of expression, for example, is an essential part of functioning democracies. Our institutions can only remain strong and effective as long as people stay engaged in public life — and hold the powerful to account.

The World Bank has also listed “voice and accountability” as one of six dimensions it examines as part of its worldwide governance index. The index looks at the perception of citizen engagement in selecting their government, as well as freedom of expression, association and media.

The management of the pandemic has highlighted weak and strong governance systems around the world. Norway and New Zealand rank at the top of the “voice and accountability” index, so it’s no surprise they have received high praise for their COVID-19 responses. Australia is also very high, in 10th position. 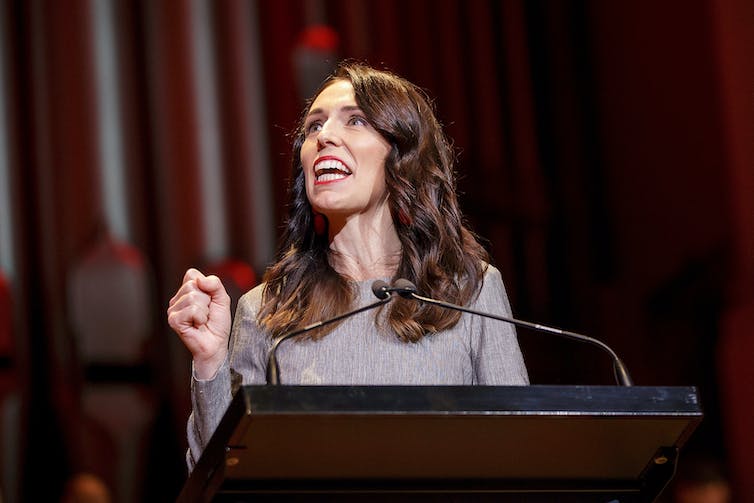 Prime Minister Jacinda Ardern has been praised in New Zealand for her handling of the pandemic. DAVID ROWLAND/AAP

Other countries that have not done so well on the pandemic are further down the list. The US is 37th and Brazil is 74th.

When done in the right way, casting blame also has an important social function. Holding perceived transgressors, including those in positions of power, to account for their failures and mistakes reinforces society’s rules and acts as a deterrent against those who would flout them.

Blaming is also a normal psychological process that allows individuals to manage stress and fear when faced with life-threatening upheavals.

One of the most powerful human needs is to feel we have some sense of control over our environment – and COVID-19 has undermined this in spectacular fashion.

Control includes the ability to explain why things happen. And pointing fingers at an easy scapegoat, such as the government, can sometimes provide the answers we need to regain control.

Read more: Can Victorians stick to the stage 4 rules? Our perception of what others are doing might be the key

Loss of control is also frequently accompanied by grief. In psychiatrist Elisabeth Kübler-Ross’ famous “five stages of grief” from the 1960s, anger is identified as one of the emotions people need to confront in the grieving process. And anger is often associated with finger pointing.

As Kübler-Ross’s collaborator, David Kessler, said this year, people are grieving in a completely new way due to the coronavirus, and part of this is manifested through anger at authority figures, as in, “you’re making me stay home and taking away my activities”.

This is a normal emotion, but one that people need to get past:

Some people may also feel partly responsible for Australia’s inability to contain COVID-19, yet unable to personally make a difference.

Blame helps reconcile these feelings. If someone else is at fault for the pandemic spiralling out of control — for instance, our leaders — that absolves the rest of us from blame and the burden of responsibility.

When blame strips the government of credibility

Rallying around a common cause, even an innocent scapegoat, can bring people together. But this should never be a reason to participate in a witch hunt. Generations of wrongly blamed minorities are a powerful reminder of how social injustice can become entrenched.

More important is to hold those in power to account through social activism, as epidemiologist Jonathan Quick argues in the End of Epidemics. Bureaucracies can suffer from inertia, he argues, and ignore the long-term strategies needed to make us better prepared in the future.

But a government that has lost credibility because of unjustified finger-pointing will struggle to marshal the collective resources needed to effectively fight the pandemic. 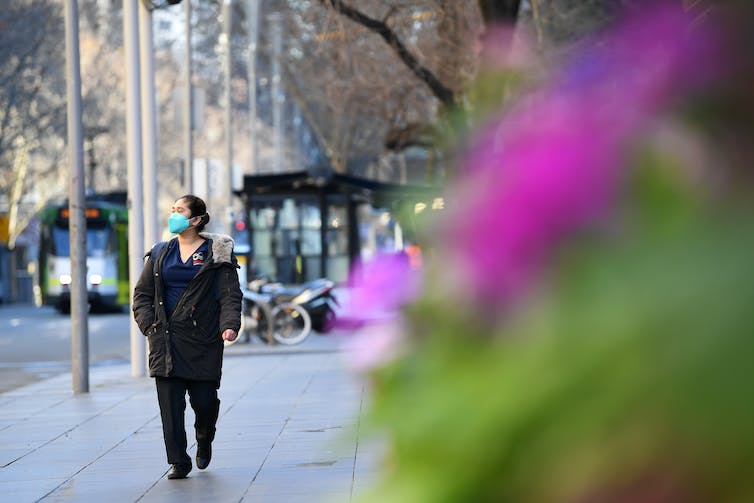 Victorians have largely complied with the latest lockdown orders, even as criticism of the government picks up steam. James Ross/AAP

Research shows credibility is hugely important when it comes to the power of persuasion — and this is the main lever the government has right now to get people to behave the right way.

Previous pandemics have seen riots and civil unrest. In his book The Psychology of Pandemics, Steven Taylor describes how health professionals and local officials were attacked when visiting communities in Africa and Asia during the Ebola and SARS outbreaks. He argues civil disobedience happens when people share a belief that the authorities are to blame in some way.

We have not yet reached that stage in Victoria, despite the public outrage over the government’s missteps.

The reasons for the pandemic are complex and evolving. No simple scapegoating narrative can change that. But if we hold onto anger and continue to point fingers, it could prevent society from doing what is necessary to win the fight.