US President Donald Trump’s recent moves against Tiktok, the popular video-sharing platform, have been widely seen as part of a new “tech Cold War” between the US and China.

Trump has cited security concerns to justify his targeting of TikTok. But the use of the platform by those seeking to mock him and sabotage his rally in Tulsa in June has led some to believe this might be the real reason behind his aversion to the platform.

The targeting of WeChat, also due to perceived security concerns, has caused more confusion than Trump’s actions toward TikTok.

The nature and extent of the ban on WeChat is unclear. In fact, some have speculated that stoking uncertainty might actually be Trump’s aim.

Read more: As the US election looms, Trump is running as hard against China as he is against Biden

WeChat and the right-wing Chinese diaspora

Unlike TikTok, WeChat is the main — if not the only — social media platform regularly used by the Chinese diaspora worldwide, especially those who have migrated from China.

So far, the US mainstream media have responded to the ban by reporting on escalating US-China tensions and national security concerns. What is less discussed is the paradoxical role WeChat plays in domestic politics.

Research shows that like other social media platforms, WeChat has been vulnerable to disinformation campaigns.

However, it was also effective in garnering support for Trump among conservative and far-right American Chinese voters during the 2016 presidential presidential election, as well as Chinese liberal intellectuals.

In short, Trump has a lot be thankful for when it comes to WeChat.

And it’s now possible the ban could even alienate some of his supporters — an outcome Trump may not have anticipated when he made the decision. 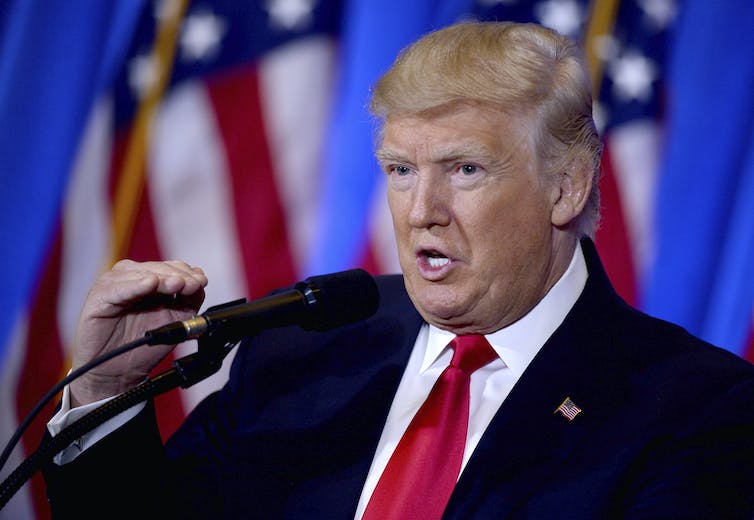 A vehicle for robust political debate

But it is not just the Chinese diaspora on the right who use WeChat to participate in domestic US politics. Intellectuals on the left, especially second-generation Chinese Americans, are also active on the platform.

As such, the banning of WeChat has the potential to shut down important debates in the US, as well as among the rest of the Chinese diaspora.

During the Black Lives Matter protests, for instance, Yale student Eileen Huang published an open letter on WeChat to Chinese Americans of her parents’ generation. Huang noted how Chinese Americans have long held deep-seated prejudices against Black people, and called on them to pledge solidarity with Black Americans to fight racism.

Huang’s letter drew widespread criticism. One person, Lin Fei, wrote another open letter condescendingly calling Huang a “child” who was “brainwashed by the lefties” and naively assumed African Americans would side with Asian minorities’ views.

The debate within the Chinese community in the US, enabled by WeChat, is nothing short of a minor cultural revolution. As one commentator wrote,

This is a rare large-scale, open and direct ideological confrontation in the history of Chinese Americans.

Trump’s ban on WeChat has also caused much alarm, confusion and fear within the Chinese diaspora, prompting lively and anxious discussions in many of the WeChat groups I observe, both in the US and Australia.

Some ask with trepidation whether they will suddenly be thrust back to the old days of having to rely on phone cards and scratchy long-distance calls to stay in touch with family in China. Others fear if they update their phones, they may no longer be able to access the app.

Read more: TikTok tries to distance itself from Beijing, but will it be enough to avoid the global blacklist?

Misconceptions about WeChat in Australia

So far, the Australian government has responded to the US bans with caution. In July, Prime Minister Scott Morrison indicated his government would monitor TikTok “very closely” and “won’t be shy” about taking action.

Last week, however, the government announced it would not ban TikTok after finding the platform did not pose serious security concerns.

My policy brief on WeChat outlines a number of public misconceptions surrounding the platform in Australia.

Read more: Who do Chinese-Australian voters trust for their political news on WeChat?

Perhaps the most worrying misconception is many people believe WeChat to be a monolithic communications system primarily used by the Chinese Communist Party for propaganda purposes.

It is true content circulated on WeChat’s various platforms is subject to scrutiny and censorship by the Chinese authorities. However, there is a crucial distinction between WeChat being subject to censorship and WeChat being an instrument of CPC propaganda.

As part of research into Chinese-language social media in Australia, my colleagues and I conducted a study of the 50 top-ranked WeChat subscription accounts here over a one-week period in July 2019.

We found evidence of censorship of content being shared on WeChat in Australia. And users responded to this by refraining from publishing material that could alert the censors in China.

This censorship, however, did not amount to direct intervention of the platform or control of its content by the Chinese Communist Party. 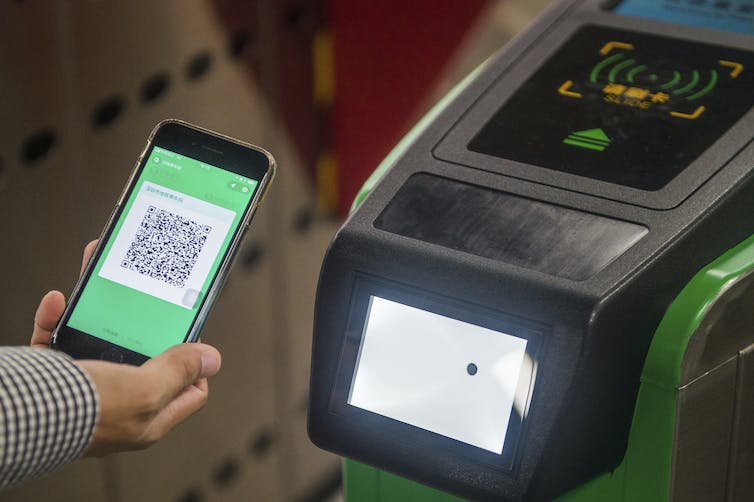 A passenger in China uses WeChat to pay for a metro ticket. Blanches/AP

Another study from the same project showed how WeChat was used to spread misinformation during the 2019 federal election. But we also uncovered new ways in which WeChat has been used for citizen education, with new Chinese Australians learning about democratic procedures and values.

WeChat is also used by the Chinese diaspora to partake in civic actions. During the summer bushfires, for instance, Chinese migrants in Australia used WeChat to organise fundraising events and mobilise their fellow citizens to make donations for the victims.

And during the early days of the COVID-19 pandemic in Australia, WeChat was used widely by Chinese Australians returning from China to reinforce the importance of self-isolation and offer moral support to one another. Thousands of volunteers also sprang into action, organising through WeChat to deliver food, groceries and other necessities to those confined in their homes.

It’s for these reasons that banning WeChat for the Chinese diaspora does not seem to make much sense.