There is global interest in the potential for a hydrogen economy, in part driven by a concern over climate change and the need to move away from fossil fuels.

This month, for example, Australia’s national science agency, CSIRO, released a report showing the use of clean hydrogen as a fuel could slash aviation emissions, including a complete transition from conventional jet fuel around 2050.

A hydrogen economy could tap Australia’s abundant solar and wind energy resources, and provides a way to store and transport energy.

But, to date, there has been little attention on the technology’s potential environmental challenges.

Using hydrogen as a fuel might make global warming worse by affecting chemical reactions in the atmosphere. We must know more about this risk before we dive headlong into the hydrogen transition.

Hydrogen is the most abundant element in the universe. On Earth, it’s found mostly in water, from which it can be extracted. When renewable energy is used to power this process, hydrogen can be produced, in principle, with no emissions.

Countries such as Germany, Japan and South Korea have large energy demands and commitments to emissions reduction. But they have limited opportunities to develop their own renewable resources. This creates a major opportunity for Australia to ship hydrogen to the world.

Read more: Hydrogen fuels rockets, but what about power for daily life? We're getting closer

Hydrogen projects in Australia are gearing up. For example, the Queensland government recently announced A$4.2 million for a trial project to inject hydrogen into the gas network of Gladstone.

A similar project is also proposed for South Australia, supported by a A$4.9 million state government grant. In New South Wales, a proposal is afoot to blend hydrogen into the existing gas network.

But little consideration has been given to the possible environmental consequences of hydrogen as an energy source. 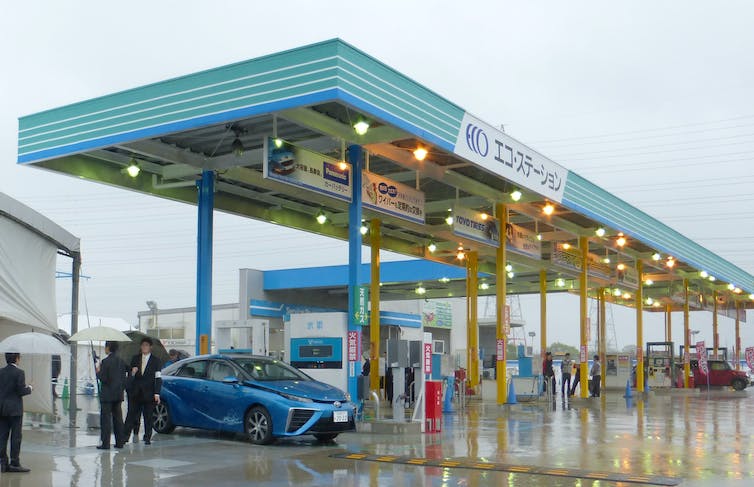 A hydrogen station for fuel-cell vehicles in Japan, which is a major export opportunity for hydrogen produced in Australia. Kydpl Kyodo/AP

Reactions in the atmosphere

In the atmosphere, ozone and water vapour react with sunlight to produce what are known as hydroxyl radicals.

These powerful oxidants react with and help remove other chemicals released into the atmosphere via natural and human processes, such as burning fossil fuels. One of these chemicals is methane, a potent greenhouse gas.

But hydrogen also reacts with hydroxyl radicals and, in doing so, reduces their concentration. Any hydrogen leaked into the atmosphere – such as during production, transport or at the point of use – could cause this reaction.

This would reduce the number of hydroxyl radicals available for their important cleansing function. 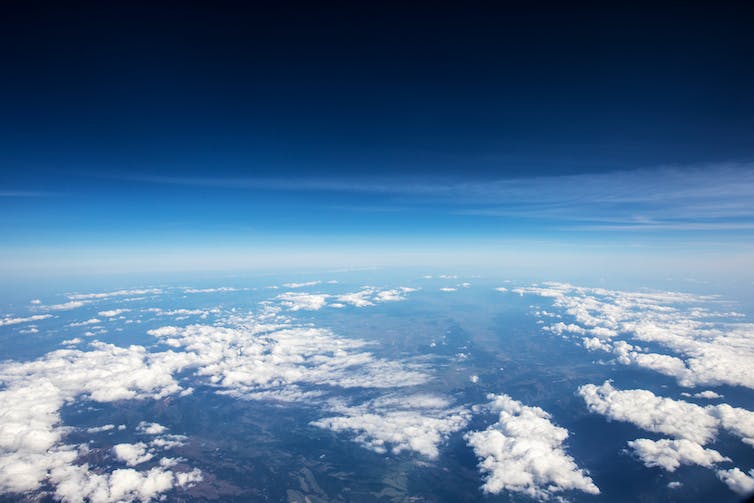 Hydrogen reacts with hydroxyl radicals in the atmosphere. Shutterstock

Hydrogen on the rise

With our current understanding of the hydrogen cycle, it’s not possible to say why this has occurred. Indeed, this is the challenge: improving understanding so we can anticipate any effects of hydrogen leakage and decide what acceptable leakage rates might be.

Based on what we do know, hydrogen may increase global warming by 20-30% that of methane if leaked into the atmosphere.

Our understanding so far suggests that if a hydrogen economy replaced the fossil fuel-based energy system and had a leakage rate of 1%, its climate impact would be 0.6% of the fossil fuel system.

But we need to better understand the hydrogen cycle, such as how land surfaces absorb hydrogen. In the meantime, we must try to minimise leakage of hydrogen in production, storage and use.

A commitment to a hydrogen economy must avoid pitfalls that accompanied the expansion of the natural gas economy.

Research published this year found emissions from our increased use of fossil methane is about 25% to 40% greater than previously estimated.

Coming to grips with methane leakage is difficult because of the many ways it occurs, including:

By contrast, hydrogen emissions will likely mainly occur during distribution and end use via faulty pipe fittings, given the absence of mining in the hydrogen economy. 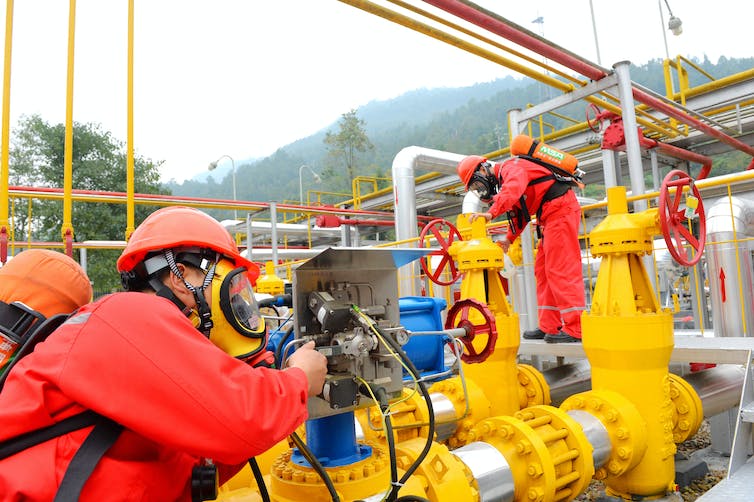 Technicians examine pipes at a shale gas facility in China. Such operations are a source of methane emissions. Hu Qingming/AP

It’s possible the emission of hydrogen from reticulation and distribution systems will be low. But specifying how low this should be, and what engineering approaches are appropriate, should be part of the development process.

A hydrogen-based energy future may likely provide an attractive option in the quest for a zero-carbon economy. But all aspects of the hydrogen option should be considered in an holistic and evidence-based assessment.

This would ensure any transition to a hydrogen economy brings climate benefits far beyond fossil-fuel-based energy systems.

This article was co-authored by Richard G. Derwent, an independent scientist working in the United Kingdom on air pollution and atmospheric chemistry.