Imagine how you’d feel if you discovered footage from your private home security camera had been broadcast over the internet. This is exactly what happened to several unsuspecting Australians last month, when the website Insecam streamed their personal lives online.

According to an ABC report, Insecam broadcasts live streams of dozens of Australian businesses and homes at any given time. Some cameras can be accessed because owners don’t secure them. Some may be hacked into despite being “secured”.

When asked if they care about their personal information being shared online, most people say they do. A 2017 survey found 69% of Australians were more concerned about their online privacy than in 2012.

However, a much smaller percentage of people actually take the necessary actions to preserve their privacy. This is referred to as the “privacy paradox”, a concept first studied about two decades ago.

To investigate this phenomenon further, we conducted a research project and found that, despite being concerned about privacy, participants were willing to sacrifice some of it in exchange for the convenience afforded by an internet-connected device.

Any “smart” device connected to the internet is called an Internet of Things (IoT) device. These can be remotely monitored and controlled by the owners. 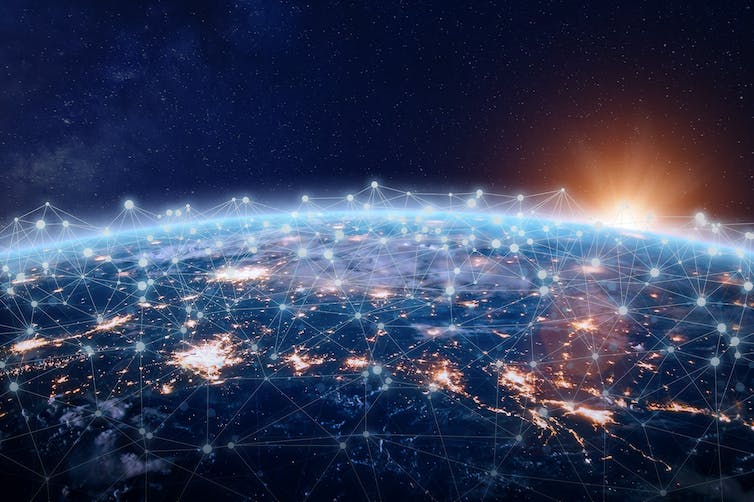 The global IoT network is a collection of all the interconnected devices that can communicate online. This includes smart devices, appliances and wearable tech. Shutterstock

Are device owners genuinely concerned about their privacy? Recent worldwide anxiety about personal information shared through COVID-19 tracing apps seems to suggest so.

But as the privacy paradox highlights, users expressing privacy concerns often fail to act in accordance with them. They freely divulge personal information in exchange for services and convenience.

The likely explanation for the privacy paradox is a mix of all these factors.

What if we proved your device harvests data?

To understand whether and how the privacy paradox applies to IoT devices, we conducted an experiment involving 46 Saudi Arabian participants. This is because in Saudi Arabia the use of IoT is exploding and the country does not have strong privacy regulations.

We gave participants a smart plug that let them switch a table lamp on or off using an app on their smartphone. We then showed them the device’s privacy policy and measured participants’ privacy concerns and trust in the device.

After two hours, we presented evidence of how much of their data the IoT-connected plug was harvesting, then remeasured their privacy concerns and trust.

After the participants saw evidence of privacy violation, their privacy concerns increased and trust in the device decreased. However their behaviour did not align with their concern, as shown by the fact that:

The rest preferred “light-touch” responses, such as complaining on social media, complaining to the device’s manufacturer or falsifying their shared information.

After one month, we measured participants’ attitudes a third time and discovered their privacy concerns and trust in the device had reverted to pre-experiment levels.

How to prevent complacency

Two decades since the first privacy paradox studies were conducted and despite a great deal of research, there is still a mismatch between people’s stated privacy concerns and their protective behaviours. How can we improve this? 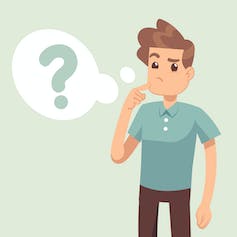 Every time you connect a new device to the internet, or opt-in to a new service, ask yourself: ‘do I really need this?’ Shutterstock

The first step is to simply be aware our judgement of IoT device risks and benefits may not be accurate. With that in mind, we should always take time to read the privacy policies of our devices.

Besides informing us of the risks, reading privacy policies can help us stop and think before connecting a new device to the internet. Ask yourself: “is this really going to benefit me?”

As citizen surveillance increases, it’s not wise to mindlessly scroll through privacy policies, tick a box and move on.

Read more: The ACCC is suing Google for misleading millions. But calling it out is easier than fixing it

Second, we should not assume our personal information is trivial and would not interest anyone. Time after time we have witnessed how our digital traces can be valuable to malicious individuals or large corporations.

And finally, always change the default password on any new IoT device to a stronger one. Write down this password and secure it, perhaps with other physical valuables, so you don’t have to worry about forgetting it.