Australia’s defamation laws, so long criticised to so little avail, are finally changing.

His announcement followed July’s meeting of the Council of Attorneys-General, where all Australian jurisdictions approved amendments to the Model Defamation Provisions.

Australian defamation law is made up of several components. A large part of it is common law, inherited from England and developed by Australian judges over many decades. Our common law heritage was modified through statutes in each of the states and territories, including the “uniform defamation laws”.

The Model Defamation Provisions are a template of sorts, which underpin each of the statutes comprising the uniform defamation laws.

These changes to the Model Defamation Provisions are a long time coming. They haven’t been amended since 2005 – back when Facebook was only a year old and Twitter did not even exist. The first iPhone would not be released until 2007. The way we communicate and consume information has fundamentally changed since these laws were drafted.

As a result, defamation litigation has changed too. Courts are hearing far more “backyard” defamation disputes - including fights over silly stuff on social media - than they once did.

So it’s trendy to say defamation law is “outdated”. This ignores the work courts have done to ensure your reputation continues to receive some protection as technologies and society change. These days, a hurtful lie can spread like wildfire and destroy a person.

Remember: a big chunk, or even most of defamation law, is made by judges. That won’t change.

I’m not convinced these new provisions will really “modernise” defamation law. They are certainly no “revolution”.

We have known about the bulk of the changes for a while. Most of them were on the table in November 2019.

By “traditional media”, I mean the entities behind Australia’s newspapers, magazines and television stations, and associated online platforms.

Traditional media are typical defendants to defamation litigation. Risqué content engages readers and makes money. It also means defamation risk. Competing within a 24-hour news cycle means some companies jump to press too hastily, damaging reputations in the process. They may end up paying substantial sums of money to defamed persons by way of damages – for example, Geoffrey Rush’s almost A$2.9 million victory against the publisher of The Daily Telegraph.

So traditional media have an incentive to lobby for more “media freedom”, which includes stronger weapons to fend off defamation cases. Their recent lobbying paid off with a new public interest defence. 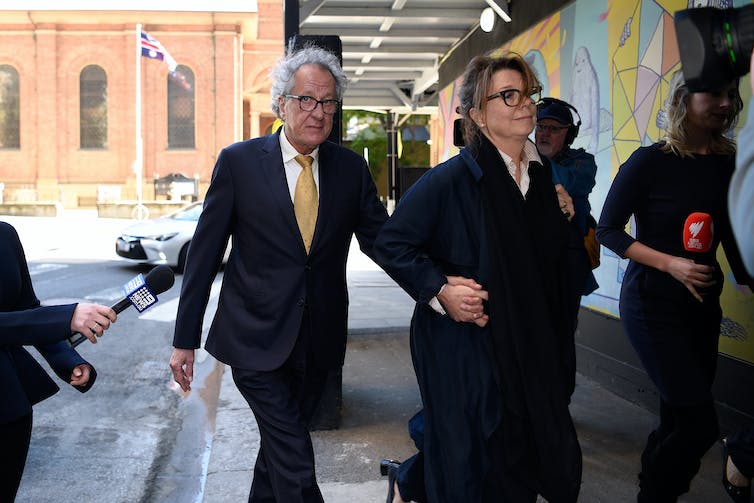 A previous draft of the proposed changes had a defence based on New Zealand law. The latest iteration of the defence, the proposed “section 29A”, is a bit different. It is based on UK legislation. It reads:

29A Defence of publication of matter concerning issue of public interest

(1) It is a defence to the publication of defamatory matter if the defendant proves that:

(a) the matter concerns an issue of public interest, and

(b) the defendant reasonably believed that the publication of the matter was in the public interest.

(2) In determining whether the defence is established, a court must take into account all of the circumstances of the case.

(3) Without limiting subsection (2), the court may take into account the following factors to the extent the court considers them applicable in the circumstances […]

Several factors will guide whether a defendant publisher’s conduct satisfies the defence. They include the integrity of sources, and whether the publishers bothered to get the other side of the story. The new law should thus not protect the kind of dodgy journalism that led to Rebel Wilson’s massive defamation win after gossip mags went after her.

What about people who aren’t celebrities?

There is a bit in there for us too.

Most significantly, there is a new requirement that the plaintiff suffer “serious harm” in order to sue. We already had a defence of “triviality” for smaller cases, but this amendment inverses it: rather than it being something for the defendant to argue in response to a plaintiff, the plaintiff needs to overcome the threshold.

Judges are encouraged to stop defamation cases that do not involve “serious harm” as quickly as possible.

This may weed out a few backyard defamation disputes. But it will not go as far as some suggest. “Harm” might arguably extend to offence and distress; it will be interesting to see how courts interpret the new law.

Much more could be done to modernise defamation law for the sake of the public as a whole. Creating a way for smaller defamation disputes to be resolved quickly and cheaply would be great. Just because a case does not turn on big money does not mean the interests at stake are not worth protecting. Say, for example, your ex falsely called you a domestic abuser to your friends and family on Facebook: you shouldn’t need to be cashed up to protect your reputation.

There is a second stage of defamation law reform on the way, which will likely look at the liability of social media companies for defamation.

Read more: A push to make social media companies liable in defamation is great for newspapers and lawyers, but not you

Ironically, the key drivers of the so-called “modernisation” of defamation law are those traditional media companies furiously resisting the demise of their business model.

For better or worse, they have the ears of Australian governments.