You might have seen articles or comments on social media lately alluding to “sovereign citizens”, or “SovCits” for short, with some reports suggesting COVID-19 government restrictions have driven a surge of interest in this movement.

So, who are these self-styled sovereign citizens, and what do they believe?

SovCits reportedly believe that by declaring themselves “living people” or “natural people”, they can break this oppressive contract and avoid restrictions such as certain rates, taxes, and fines — or particular government rules on mandatory mask-wearing.

The SovCit movement arose in America decades ago, with roots in the American patriot movement, some religious communities, and tax protest groups. It has also been known as the “free-man” movement.

SovCits see themselves as sovereign and not bound by the laws of the country in which they physically live. Accepting a law or regulations means they have waived their rights as a sovereign and have accepted a contract with the government, according to SovCit belief.

The SovCit movement doesn’t have a single leader, central doctrine or centralised collection of documents. It is based on their reinterpretation of the law and there are many legal document templates on the internet for SovCit use to, for example, avoid paying fines or rates they see as unfair.

SovCits tend not to follow conventional legal argument. Some have engaged in repeated court action and even been declared vexatious litigants by the courts.

A central belief, according to news reports, is that the Australian government, the police, and other government agencies are corporations. Believers feel they must be on guard to avoid entering into a contract with the corporation. They often do this by stating, “I do not consent” and trying to get the police officer or official to recognise them as a “living” or “natural” being and therefore as a sovereign. 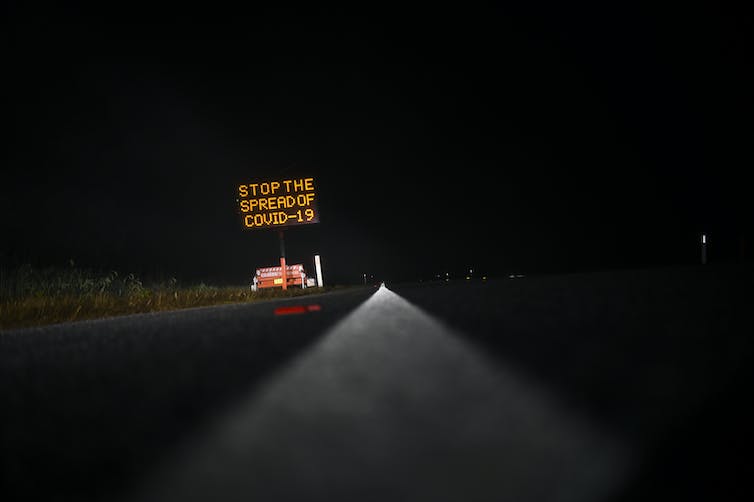 It is a core belief of the movement that ‘sovereigns’ have the right to travel freely. LUKAS COCH/AAP

SovCits are often careful to avoid showing ID such as driver’s licences or giving their name and address. Saying “I understand” also risks being seen to agree to the contract so SovCits will repeat the phrase “I comprehend” to show they are refusing the contract.

Many reject their country’s constitution as false and reportedly refer to the Magna Carta of 1215 as the only true legal document constraining arbitrary power.

SovCits often come to the attention of authorities due to driving offences. It is a core belief of the movement that “sovereigns” have the right to travel freely without the need for a drivers licence, vehicle registration, or insurance.

Until COVID-19, the main threat seems to have been in committing road offences. More recently, actions protesting measures aimed at limiting the spread of COVID-19 have been linked to the sovereign citizen movement.