Significant coral bleaching at one of Western Australia’s healthiest coral reefs was found during a survey carried out in April and May.

The survey took a combined effort of several organisations, together with tour operators more used to taking tourists, but with time spare during the coronavirus lockdown.

WA’s arid and remote setting means many reefs there have escaped some of the pressures affecting parts of the east coast’s Great Barrier Reef), such as degraded water quality and outbreaks of crown of thorns starfish.

The lack of these local pressures reflects, in part, a sound investment by governments and communities into reef management. But climate change is now overwhelming these efforts on even our most remote coral reefs. 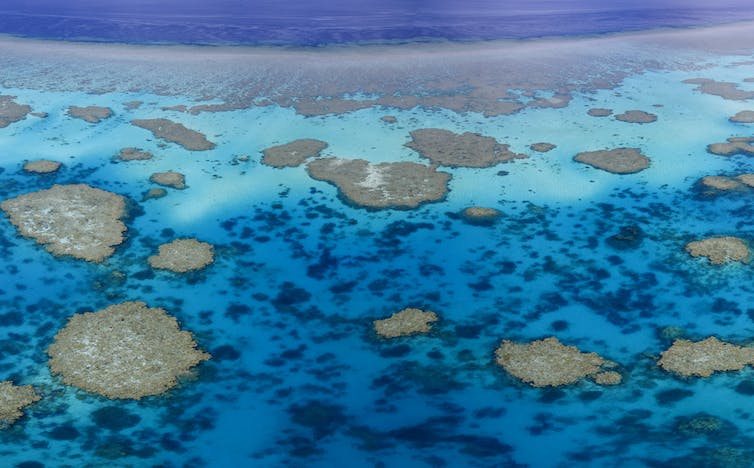 When the oceans warmed

This year, we’ve seen reefs impacted by the relentless spread of heat stress across the world’s oceans.

As the 2020 mass bleaching unfolded across the Great Barrier Reef, a vast area of the WA coastline was bathed in hot water through summer and autumn. Heat stress at many WA reefs hovered around bleaching thresholds for weeks, but those in the far northwest were worst affected.

The remoteness of the region and shutdowns due to COVID-19 made it difficult to confirm which reefs had bleached, and how badly. But through these extraordinary times, a regional network of collaborators managed to access even our most remote coral reefs to provide some answers.

Read more: We just spent two weeks surveying the Great Barrier Reef. What we saw was an utter tragedy

Australia’s Bureau of Meteorology provided regional estimates of heat stress, from which coral bleaching was predicted and surveys targeted.

At reefs along the Kimberley coastline, bleaching was confirmed by WA’s Department of Biodiversity, Conservation and Attractions (DBCA), Bardi Jawi Indigenous rangers, the Kimberley Marine Research Centre and tourist operators.

At remote oceanic reefs hundreds of kilometres from the coastline, bleaching was confirmed in aerial footage provided by Australian Border Force.

Subsequent surveys were conducted by local tourist operators, with no tourists through COVID-19 shutdown and eager to check the condition of reefs they’ve been visiting for many years. 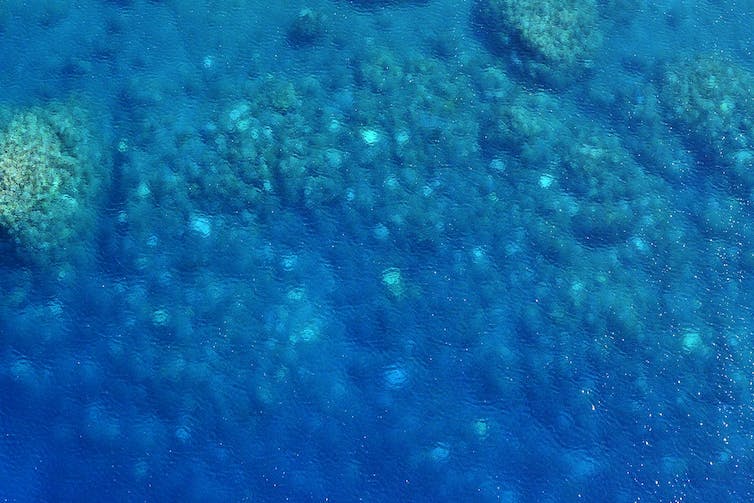 Within just a few days, a tourist vessel chartered by the North West Shoals to Shore Research Program, with local operators and a DBCA officer, departed from Broome for the Rowley Shoals. These three reef atolls span 100km near the edge of the continental shelf, about 260km west-north-west offshore.

One of only two reef systems in WA with high and stable coral cover in the last decade, the Rowley Shoals is a reminder of beauty and value of healthy, well managed coral reefs.

But the in-water surveys and resulting footage confirmed the Rowley Shoals has experienced its worst bleaching event on record. 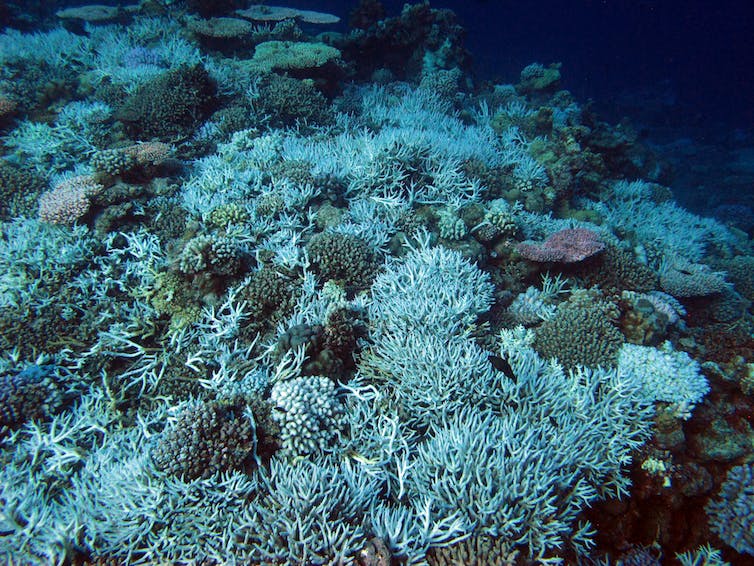 The most recent heatwave has caused widespread bleaching at the Rowley Shoals, which had previously escaped the worst of the regional heat stress. Jeremy Tucker, Author provided

All parts of the reef and groups of corals were affected; most sites had between 10% and 30% of their corals bleached. Some sites had more than 60% bleaching and others less than 10%.

The heat stress also caused bleaching at Ashmore Reef, Scott Reef and some parts of the inshore Kimberley and Pilbara regions, all of which were badly affected during the 2016/17 global bleaching event.

This most recent event (2019/20) is significant because of the extent and duration of heat stress. It’s also notable because it occurred outside the extreme El Niño–Southern Oscillation phases – warming or cooling of the ocean’s surface that has damaged the northern and southern reefs in the past.

The impacts from climate change are not restricted to WA or the Great Barrier Reef – a similar scenario is playing out on reefs around the world, including those already degraded by local pressures.

By global standards, WA still has healthy coral reefs. They provide a critical reminder of what reefs offer in terms of natural beauty, jobs and income from fisheries and tourism. 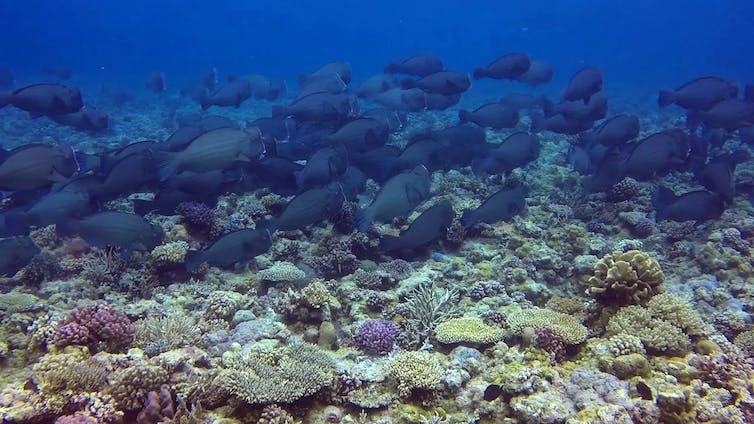 Despite the most recent bleaching, the Rowley Shoals remains a relatively healthy reef system by global standards. But like all reefs, its future is uncertain under climate change. James Gilmour, Author provided

But we’ve spent two decades following the trajectories of some of WA’s most remote coral reefs. We’ve seen how climate change and coral bleaching can devastate entire reef systems, killing most corals and dramatically altering associated communities of plants and animals.

And we’ve seen the same reefs recover over just one or two decades, only to again be devastated by mass bleaching – this time with little chance of a full recovery in the future climate.

Ongoing climate change will bring more severe cyclones and mass bleaching, the two most significant disturbances to our coral reefs, plus additional pressures such as ocean acidification.

Reducing greenhouse gas emissions is the only way to alleviate these pressures. In the meantime, scientists will work to slow the rate of coral reef degradation though new collaborations, and innovative, rigorous approaches to reef management.