But box gum grassy woodlands are critically endangered. These woodlands grow on highly productive agricultural country, from southern Queensland, along inland slopes and tablelands, into Victoria.

Many are degraded or cleared for farming. As a result, less than 5% of the woodlands remain in good condition. What remains often grows on private land such as farms, and public lands such as cemeteries or travelling stock routes.

Read more: Backyard gardeners around the world are helping to save Australia's deeply ancient Wollemi pine

Very little is protected in public conservation reserves. And the recent drought and record breaking heat caused these woodlands to stop growing and flowering.

But after Queensland’s recent drought-breaking rain earlier this year, we surveyed private farmland and found many dried-out woodlands in the northernmost areas transformed into flower-filled, park-like landscapes.

And landholders even came across rarely seen marsupials, such as the southern spotted-tail quoll. 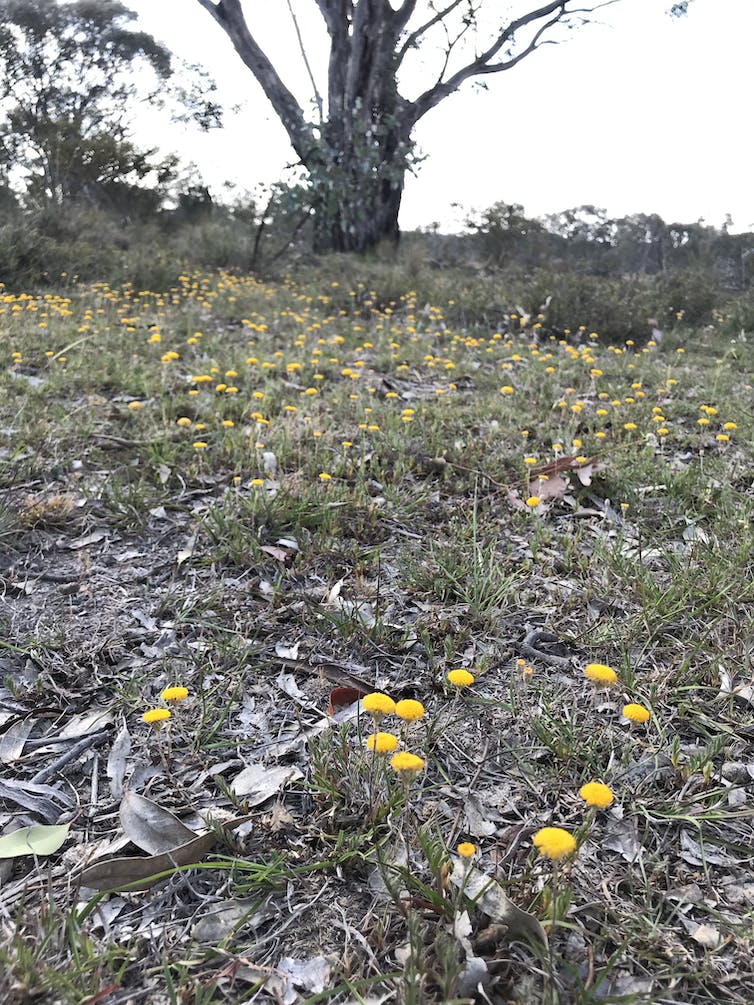 These surveys were part of the Australian government’s Environmental Stewardship Program, a long-term cooperative conservation model with private landholders. It started in 2007 and will run for 19 years.

We found huge increases in previously declining native wildflowers and grasses on the private farmland. Many trees assumed to be dying began resprouting, such as McKie’s stringybark (Eucalyptus mckieana), which is listed as a vulnerable species.

This newfound plant diversity is the result of seeds and tubers (underground storage organs providing energy and nutrients for regrowth) lying dormant in the soil after wildflowers bloomed in earlier seasons. The dormant seeds and tubers were ready to spring into life with the right seasonal conditions.

For example, Queensland Herbarium surveys early last year, during the drought, looked at a 20 metre by 20 metre plot and found only six native grass and wildflower species on one property. After this year’s rain, we found 59 species in the same plot, including many species of perennial grass (three species jumped to 20 species post rain), native bluebells and many species of native daisies.

On another property with only 11 recorded species, more than 60 species sprouted after the extensive rains.

In areas where grazing and farming continued as normal (the paired “control” sites), the plots had only around half the number of plant species as areas managed for conservation.

The population status of both these species in southern Queensland is unknown. The brush-tailed phascogale is elusive and rarely detected, while the southern spotted-tailed quolls are listed as endangered under federal legislation.

Until those sightings, there were no recent records of southern spotted-tailed quolls in the local area. 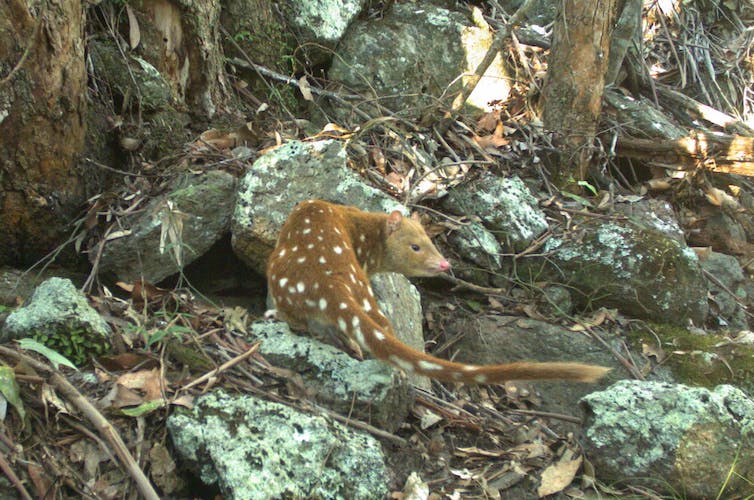 These unusual wildlife sightings are valuable for monitoring and evaluation. They tell us what’s thriving, declining or surviving, compared to the first surveys for the stewardship program ten years ago.

Sightings are also a promising signal for the improving condition of the property and its surrounding landscape.

More than 200 farmers signed up to the stewardship program for the conservation and management of nationally threatened ecological communities on private lands. Most have said they’re keen to continue the partnership.

The landholders are funded to manage their farms as part of the stewardship program in ways that will help the woodlands recover, and help reverse declines in biodiversity.

For example, by changing the number of livestock grazing at any one time, and shortening their grazing time, many of the grazing-sensitive wildflowers have a better chance to germinate, grow, flower and produce seeds in the right seasonal conditions.

They can also manage weeds, and not remove fallen timber or loose rocks (bushrock). Fallen timber and rocks protect grazing-sensitive plants and provide habitat for birds, reptiles and invertebrates foraging on the ground.

So can we be optimistic for the future of wildlife and wildflowers of the box gum grassy woodlands? Yes, cautiously so.

Landholders are learning more about how best to manage biodiversity on their farms, but ecological recovery can take time. In any case, we’ve discovered how resilient our flora and fauna can be in the face of severe drought when given the opportunity to grow and flourish. 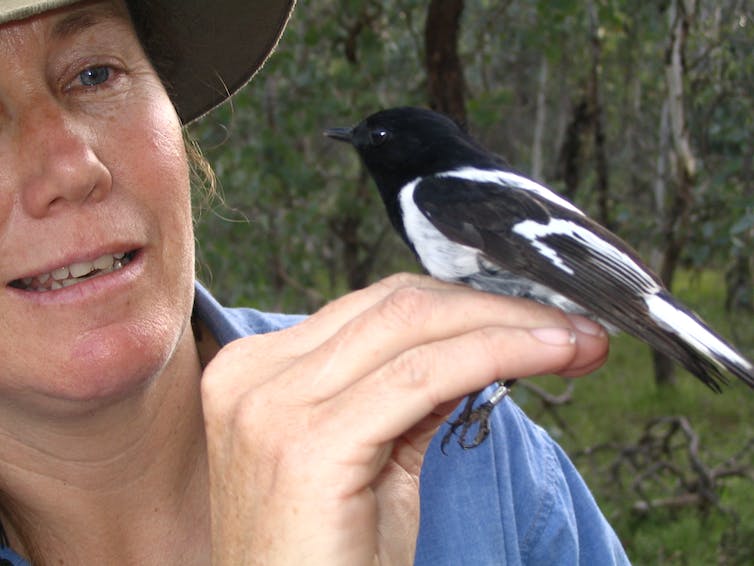 Climate change is bringing more extreme weather events. Last year was the warmest on record and the nation has been gripped by severe, protracted drought. There’s only so much pressure our iconic wildlife and wildflowers can take before they cross ecological thresholds that are difficult to bounce back from.

More government programs like this, and greater understanding and collaboration between scientists and farmers, create a tremendous opportunity to keep changing that trajectory for the better.