Last season’s bushfires directly killed 34 people and devastated more than 8 million hectares of land along the south-eastern fringe of Australia.

A further 445 people are estimated to have died from smoke-induced respiratory problems.

The burned landscape may take decades to recover, if it recovers at all.

Read more: Australia, you have unfinished business. It's time to let our 'fire people' care for this land

While it’s become known colloquially as the Black Summer, last year’s fire season actually began in winter in parts of Queensland. The first fires were in June.

So will the 2020 fire season kick off this month? And is last summer’s inferno what we should expect as a normal fire season? The answer to both questions is no. Let’s look at why.

First, let’s recap what led to last year’s early start to the fire season, and why the bushfires became so intense and extensive.

The fires were so severe because they incorporated five energy sources. The most obvious is fuel: live and dead plant material.

The other sources bushfires get their energy from include the terrain, weather, atmospheric instability and a lack of moisture in the environment such as in soil, timber in houses and large woody debris.

The June fires in Queensland resulted from a drought due to the lack of rain coming from the Indian Ocean. The drought combined with unusually hot dry winds from the north-west. By August the bushfires were burning all along the east coast of Australia and had become large and overwhelming. 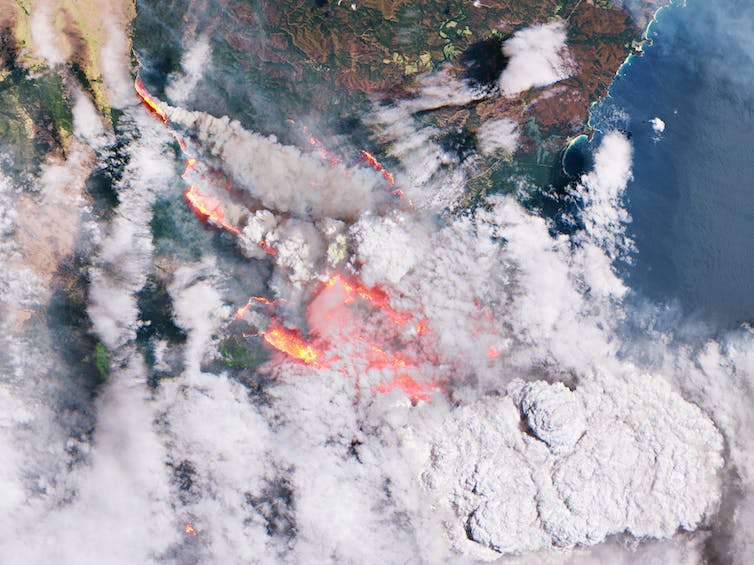 This European Space Agency image shows the fires already raging on Australia’s east coast by the end of December 2019. EPA/ESA

Ahead of the fire season, environmental moisture was the lowest ever recorded in much of eastern Australia. This was due to the Indian Ocean Dipole – the difference in sea surface temperature on either side of the ocean – which affects rainfall in Australia. The dipole was in positive mode, which brought drought. This meant the fire used less of its own energy to spread.

Fire weather conditions in south-eastern Australia were severe from August 2019 until March 2020. Temperatures reached record highs in places, relative humidity was low and winds were strong due to high-pressure systems tracking further north than normal.

High atmospheric instability, often associated with thunderstorms, enabled large fire plumes to develop as fires grew to several thousand hectares in size. This increased winds and dryness at ground level, rapidly escalating the damaging power and size of the fires.

Fuel levels were high because of the drying trend associated with climate change and a lack of low-intensity fires over the past couple of decades, which allowed fuel levels to build up.

Fuels are low because last season’s fires burnt through large tracts of landscape and it will take five to ten years for them to redevelop. The build-up will start with leaf litter, twigs and bark.

In forested areas, the initial flush of regrowth in understorey and overstorey will be live and moist. Gradually, leaves will turn over and dead litter will start to build up.

But there is little chance of areas severely burnt in 2019-20 carrying an intense fire for at least five years.

What’s also different this year to last is the moist conditions. Drought leading up to last fire season was severe (see below). 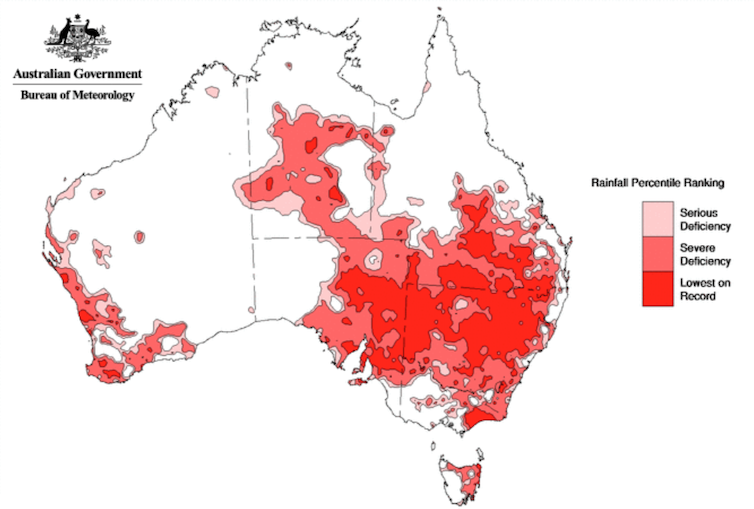 Environmental moisture was the driest on record, or in the lowest 5% of records for much of south-east Australia.

But the current level of drought (see below) is much less pronounced. 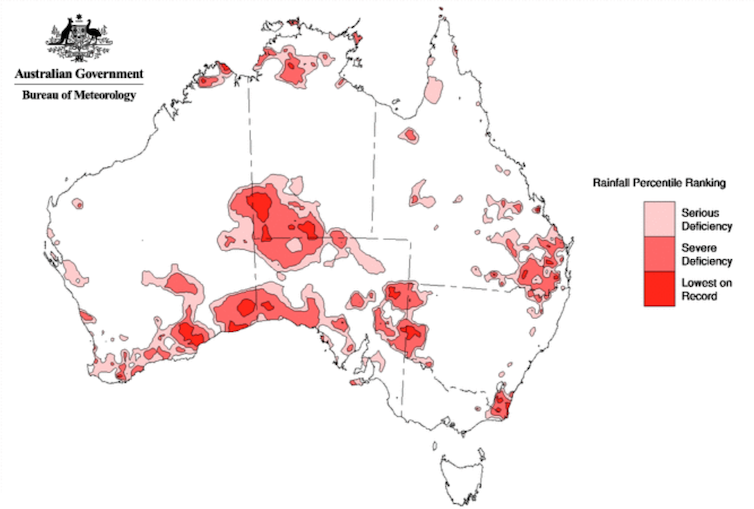 A change in weather patterns brought good rains to eastern Australia from late February to April.

It’s too early to say conclusively how the fire season will pan out in 2020-21. But moister conditions due to a neutral Indian Ocean Dipole and Southern Oscillation Index (which indicates the strength of any El Niño and La Niña events), the lack of fuel, and more normal weather patterns (known as a positive Southern Annular Mode) mean there is little prospect of an early start to the season. 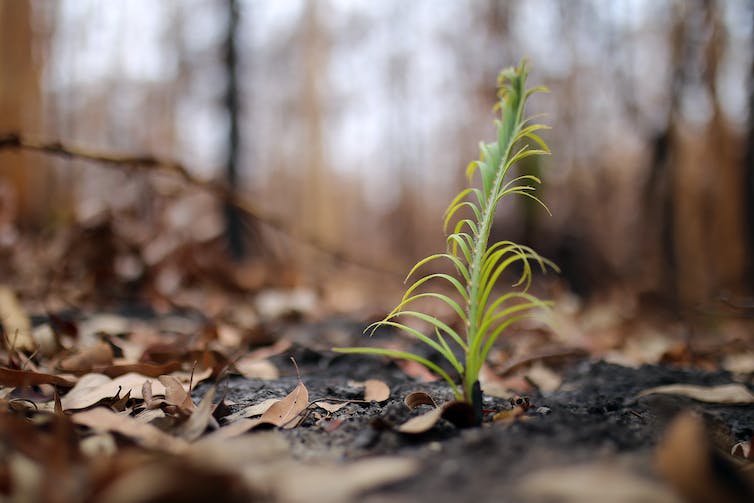 Plants will regrow in bushfire-damaged areas but the fuel load will be low for several years. AAP Image/Steven Saphore

The likelihood of severe bushfires in south-east Australia later in the year and over summer is much reduced. This doesn’t mean there won’t be bushfires. But they’re not likely to be as extensive and severe as last fire season.

The reduced bushfire risk is likely to persist for the next three to five years.

But, in the longer term, climate change means severe fire seasons are becoming more frequent. If we simply try to suppress these fires, we will fail. We need a concerted effort to manage the bushfire risk. This should involve carefully planned and implemented prescribed fires, as well as planning and preparing for bushfires.

These inquiries must lead to change. We have a short window of opportunity to start managing fires in the landscape more sustainably. If we don’t, in a decade’s time we may see the Black Summer repeat itself.