The use of the word “I” in academic writing, that is writing in the first person, has a troublesome history. Some say it makes writing too subjective, others that it’s essential for accuracy.

This is reflected in how students, particularly in secondary schools, are trained to write. Teachers I work with are often surprised that I advocate, at times, invoking the first person in essays or other assessment in their subject areas.

In academic writing the role of the author is to explain their argument dispassionately and objectively. The author’s personal opinion in such endeavours is neither here nor there.

As noted in Strunk and White’s highly influential Elements of Style – (first published in 1959) the writer is encouraged to place themselves in the background.

Write in a way that draws the reader’s attention to the sense and substance of the writing, rather than to the mood and temper of the author.

This all seems very reasonable and scholarly. The move towards including the first person perspective, however, is becoming more acceptable in academia.

There are times when invoking the first person is more meaningful and even rigorous than not. I will give three categories in which first person academic writing is more effective than using the third person.

1. Where an academic is offering their personal view or argument

Above, I could have said “there are three categories” rather than “I will give three categories”. The former makes a claim of discovering some objective fact. The latter, a more intellectually honest and accountable approach, is me offering my interpretation.

I could also say “three categories are apparent”, but that is ignoring the fact it is apparent to me. It would be an attempt to grant too much objectivity to a position than it deserves.

In a similar vein, statements such as “it can be argued” or “it was decided”, using the passive voice, avoid responsibility. It is much better to say “I will argue that” or “we decided that” and then go on to prosecute the argument or justify the decision.

Taking responsibility for our stances and reasoning is important culturally as well as academically. In a participatory democracy, we are expected to be accountable for our ideas and choices. It is also a stand against the kinds of anonymous assertions that easily proliferate via fake and unnamed social media accounts.

Read more: Post-truth politics and why the antidote isn't simply 'fact-checking' and truth

It’s worth noting that Nature – arguably one of the world’s best science journals – prefers authors to selectively avoid the passive voice. Its writing guidelines note:

Nature journals prefer authors to write in the active voice (“we performed the experiment…”) as experience has shown that readers find concepts and results to be conveyed more clearly if written directly.

2. Where the author’s perspective is part of the analysis

Some disciplines, such as anthropology, recognise that who is doing the research and why they are doing it ought to be overtly present in their presentation of it. 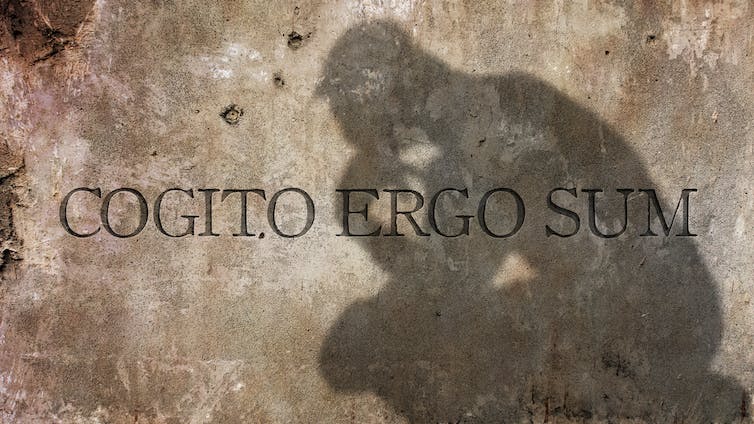 There’s more to Descartes’ famous phrase than a claim to existence. Shutterstock

Removing the author’s presence can allow important cultural or other perspectives held by the author to remain unexamined. This can lead to the so-called crisis of representation, in which the interpretation of texts and other cultural artefacts is removed from any interpretive stance of the author.

This gives a false impression of objectivity. As the philosopher Thomas Nagal notes, there is no “view from nowhere”.

Philosophy commonly invokes the first person position, too. Rene Descartes famously inferred “I think therefore I am” (cogito ergo sum). But his use of the first person in Meditations on First Philosophy was not simply an account of his own introspection. It was also an invitation to the reader to think for themselves.

3. Where the author wants to show their reasoning

The third case is especially interesting in education.

I tell students of science, critical thinking and philosophy that a phrase guaranteed to raise my hackles is “I strongly believe …”. In terms of being rationally persuasive, this is not relevant unless they then go on tell me why they believe it. I want to know what and how they are thinking.

To make their thinking most clearly an object of my study, I need them to make themselves the subjects of their writing.

I prefer students to write something like “I am not convinced by Dawson’s argument because…” rather than “Dawson’s argument is opposed by DeVries, who says …”. I want to understand their thinking not just use the argument of DeVries.

Of course I would hope they do engage with DeVries, but then I’d want them to say which argument they find more convincing and what their own reasons were for being convinced.

Just stating Devries’ objection is good analysis, but we also need students to evaluate and justify, and it is here that the first person position is most useful.

It is not always accurate to say a piece is written in the first or third person. There are reasons to invoke the first person position at times and reasons not to. An essay in which it is used once should not mean we think of the whole essay as from the first person perspective.

We need to be more nuanced about how we approach this issue and appreciate when authors should “place themselves in the background” and when their voice matters.