The coronovirus outbreak has reminded us of the importance of public health responses in managing the spread of disease.

But what actually is public health? And why are we so often hearing from public health experts about the coronavirus and other health threats?

In broad terms, whereas medicine primarily focuses on treating disease in individuals, public health focuses on preventing disease and improving health in communities.

Public health activities are far-reaching and varied. They include health promotion campaigns, infectious disease surveillance and control (as in the response to coronavirus), ensuring access to clean air, water and safe food, screening for disease, community health interventions and policy and planning activities.

Read more: It's now a matter of when, not if, for Australia. This is how we're preparing for a jump in coronavirus cases

The reduction of vaccine-preventable diseases

The development of vaccines to protect against infectious diseases is one of the most significant achievements in both medicine and public health. Vaccines have prevented literally millions of deaths – the World Health Organisation (WHO) estimates at least ten million globally between 2010 and 2015 – and spared countless others from getting sick.

We now rarely see diseases such as polio, measles and mumps in the developed world thanks to the effectiveness of vaccines. The fact we can protect individuals and communities against some of the deadliest diseases by a simple and safe injection is one of the miracles of modern medicine. 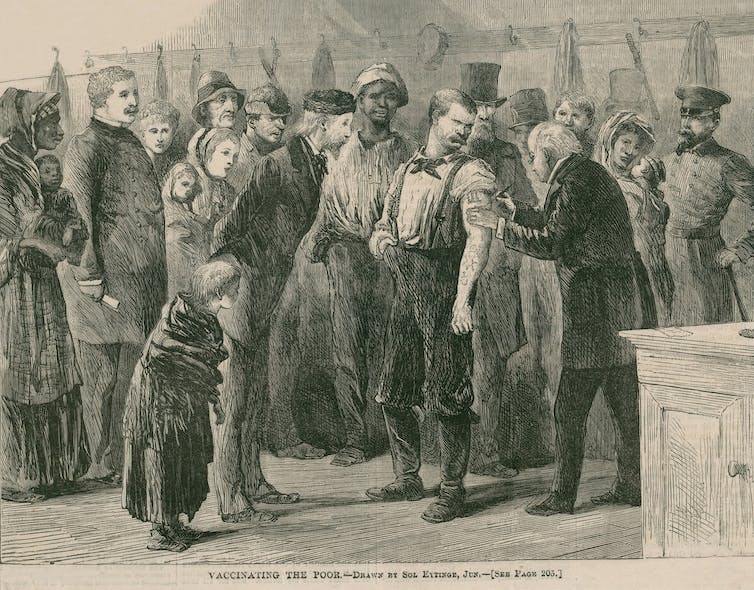 A vaccine for smallpox became available in the 19th century. Shutterstock

The delivery of vaccines to communities throughout the world and the reduction in disease as a result of this is a testament to public health and its power.

Perhaps the greatest example of the effect vaccines have had on the health of populations globally is the eradication of smallpox. A viral disease characterised by fever and a pustular rash, smallpox was one of the most devastating infectious diseases we’ve ever seen. It killed around 300 million people in the 20th century alone.

To eradicate smallpox, public health physicians sought to identify new cases swiftly. Then people the cases had come into contact with were vaccinated as quickly as possible to prevent the disease spreading further, a public health measure called “ring vaccination”. This campaign began in earnest in 1967, with the WHO declaring smallpox eradicated in 1980, in what’s regarded as one of the greatest public health achievements of modern times.

Read more: Health Check: which vaccinations should I get as an adult?

Although there’s still a lot of work to do, smoking rates have declined over recent decades, with great benefits to our health. 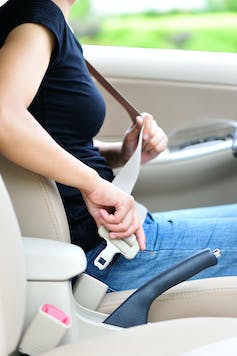 It’s been compulsory to wear a seatbelt in Australia since the 1970s. Shutterstock

When science established a clear link between smoking and poor health outcomes, the role of public health was to get this message out to the public and implement measures to minimise smoking rates.

Tobacco control is one of the major achievements of public health. This is especially true as we’ve often had to fight against the industry, or “big tobacco”, to get these initiatives off the ground.

Tobacco control is also a great example of how coordinated actions from a number of different government sectors can be targeted to address a major public health challenge.

Australia has been recognised as a world leader in this area.

Motor vehicles have been a great advancement in modern society, but have also been a major cause of injury and death.

Road deaths in industrialised countries have declined significantly in the last few decades. This reduction has occurred despite the increased number of drivers and distances travelled on the roads in this period.

We’ve been able to achieve these safety improvements and therefore reductions in deaths with the help of a wide variety of interventions.

Despite the gains made, road traffic accidents remain a leading cause of death worldwide, and are a particular problem for developing countries. So there’s still much work to be done in this area.

Public health has played a major role in the increased health and longevity we take for granted in the modern world. But it’s perhaps an area we don’t give much thought to.

One of the reasons public health gains may be under-appreciated is that they are marked by the absence of disease, which can often go unrecognised. For example, while it’s clear when a life has been saved by a medical intervention, it’s much less obvious when disease has been prevented.