A study published today claims to have found a link between having had ten or more sexual partners and an increased risk of cancer. But it’s not as simple as that.

While having a sexually transmissible infection (STI) can increase the risk of certain types of cancer, using a person’s lifetime number of sexual partners as a marker of their likely sexual health history is one of several flaws in this research.

The evidence from this study isn’t strong enough to conclude that having had multiple sexual partners increases a person’s risk of cancer.

Misinterpreting these findings could lead to stigma around STIs and having multiple sexual partners.

Read more: Health Check: can sex affect your risk of getting cancer?

What the study did

The research, published in the journal BMJ Sexual & Reproductive Health, used data from 2,537 men and 3,185 women participating in the English Longitudinal Study of Ageing, a nationally representative study of adults aged 50+ in England.

The average age of participants was 64. Most were married or living with a partner, white, non-smokers, drank alcohol regularly, and were at least moderately active once a week or more.

What the study found

Compared to women with 0-1 partners, women with 10+ partners were more likely to have been diagnosed with cancer.

Women with 5-9 partners and 10+ partners were also more likely to report a “limiting longstanding illness” than those with 0-1 partners.

The authors don’t specify what constitutes a limiting longstanding illness, but looking at the questions they asked participants, we can ascertain it’s a chronic condition that disrupts daily activities. It’s likely these ranged from mildly irritating to debilitating.

There was no association between number of sexual partners and self-rated general health, heart disease or stroke for either men or women.

Notably, while statistically significant, the effect size of all these associations was modest. 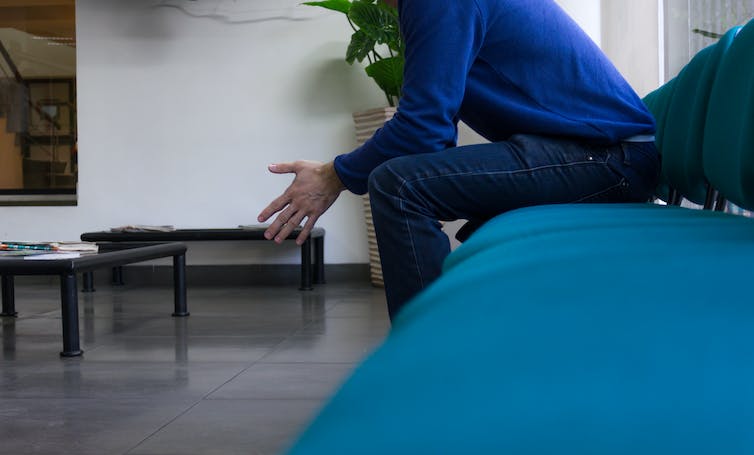 Misunderstanding these results could create stigma around STIs, which can deter people from sexual health check ups. Shutterstock

What does number of sexual partners have to do with cancer risk?

There is a reason for investigating whether a person’s lifetime number of sexual partners has anything to do with their cancer risk. If you’ve had a lot of sexual partners, it’s more likely you’ve been exposed to an STI. Having an STI can increase your risk of several types of cancer.

For example, human papillomavirus (HPV) is responsible for 30% of all cancers caused by infectious agents (bacteria, viruses or parasites), contributing to cervical cancer, penile cancer, and cancers of the mouth, throat and anus.

Viral hepatitis can be transmitted through sex, and having chronic hepatitis B or C increases the risk of liver cancer.

Untreated HIV increases the risk of cancers such as lymphomas, sarcomas and cervical cancer.

How can we make sense of this?

The authors of the study acknowledge the numerous limitations of the analysis and recommend further work be done to confirm their findings. We must interpret their results with this in mind.

Their use of lifetime number of sexual partners as a proxy measure for STI history is a key problem. While there is an association between having a higher number of partners and an increased risk of STIs, many other factors may be important in determining a person’s risk of being infected with an STI.

Further, the analysis was based on cross-sectional data – a snapshot that doesn’t account for changes over time. Participants were asked to recall information from the past, rather than having measurements taken directly at different time points. It’s not possible to establish causation from a cross-sectional analysis.

Even if the association is confirmed in prospective, longitudinal studies, the findings may not apply to other groups of people.

Recent advances in vaccine development (such as the wide availability of the HPV vaccine), better STI prevention (such as the use of pre- and post-exposure prophylaxis – PreP and PEP – for HIV) and more effective therapy (for example, direct-acting antiviral agents to treat hepatitis C) will reduce the impact of STIs on cancer risk for those who can access them. 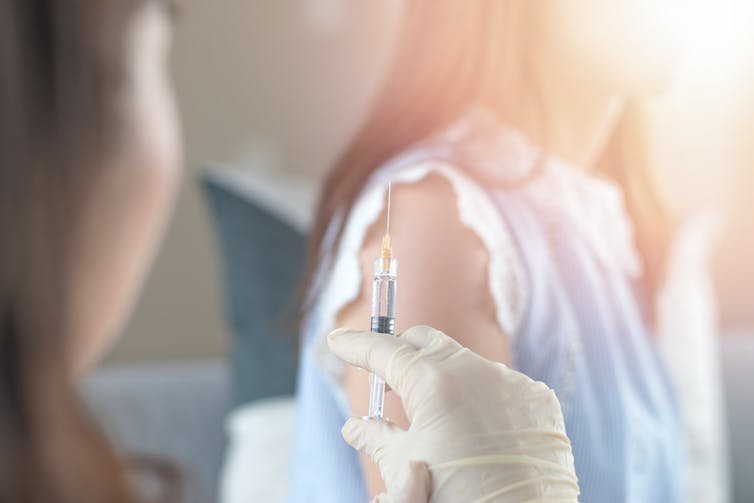 We now have a vaccine to prevent HPV, which in turn reduces the risk of cervical and other cancers. Shutterstock

For women, a higher number of sexual partners was associated with white ethnicity; for men, with a greater number of depressive symptoms. Although the researchers controlled for these factors, these points highlight some inconsistencies in the pattern of results.

The researchers also couldn’t explain why a greater number of sexual partners was associated with a higher likelihood of a limiting chronic condition for women, but not for men.

Ultimately, this study raises more questions than it answers. We need further research before we can use these results to inform policy or improve practice.

The paper concludes by saying enquiring about lifetime sexual partners could be helpful when screening for cancer risk. This is a very long stretch based on the evidence presented.

This approach could also be harmful. It could invade privacy and increase stigma about having multiple sexual partners or having an STI.

We know experiencing stigma can discourage people from attending sexual health screenings and other services.

It would be better to put limited health resources towards improving prevention, screening and treatments for STIs.