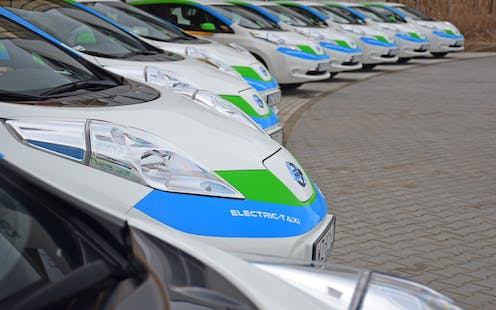 This story is part of Covering Climate Now, a global collaboration of more than 250 news outlets to strengthen coverage of the climate story.

For three years in a row, the World Economic Forum’s Global Risks Report has identified climate change as the gravest threat for global business and industry.

The disruption of supply chains in food, medicines and even recycling from climate-related events poses innumerable problems for nations. But one way of dealing with various facets of climate change is levering change through central government procurement.

Policies that govern supply and how goods, construction and services are procured are increasingly important as the capacity to mitigate through government purchasing choices faces greater pressure.

The rules include broader outcomes, connecting wider social and environmental priorities to procurement processes. This is the first time New Zealand lays out specific rules about how the government plans to use its own purchases to help fulfil its wider promises.

Charging ahead with EVs

A cabinet paper on effective government procurement policy, released in late 2018, laid out four outcomes, one of which focused on supporting the transition to a net zero emissions economy and meeting the government’s goal of significantly reducing waste by 2020.

The policy’s priorities include reducing the emissions profile of the government vehicle fleet and reducing emissions from fossil fuels used in electricity generation and in direct production of industrial heat. Describing the government’s intention, Economic Development Minister David Parker said:

We are looking beyond just the price of what we purchase, to ensure procurement is contributing to the transition to a low-carbon economy, inclusive growth and prosperity.

The government’s commitment is to make its own vehicle fleet emissions-free by 2025-26. When replacing vehicles, chief executives of government agencies must purchase vehicles with emission profiles substantially below their current fleet average.

The government fleet – at 14,995 vehicles (with only 0.24% electric) – has a job on its hands. But already it is reporting that emissions have dropped between April and July 2019. The reduction is partly due to 400 fewer vehicles and minor shifts in driving patterns.

Read more: Will politicians take action and try to save the planet from climate change?

This is a gutsy move, especially given cost implications and market challenges. But jurisdictions such as Germany and Sweden have promoted renewable sources for some time through legislation and multiple instruments including procurement that supports innovation. Others, such as Transport London, have been shifting to electric public transport fleets.

New Zealand has been conservative in its approach to linking procurement with objectives beyond “best value”, which is nearly always interpreted as least cost. But times are changing. A growing number of people in most agencies are trying to raise the profile of procurement beyond a purchasing exercise.

Procurement as opportunity and responsibility

Leaving the market to decide how taxpayer funds are spent through a clunky contracting process is missing an opportunity to procure the best services and infrastructure, as well as increasing workforce skills. Research on sustainable procurement has grown and the topic now features at the OECD.

There are different targeted approaches. One is an “emissions dashboard”, which shows the average emissions profile of each agency’s fleet and tracks emission reductions. But dashboards are only indicative, given the inevitable variation in reporting across organisations and the underlying reasons why an agency might have a high emissions rating.

Planning to replace vehicle fleets is a tangible use of the procurement lever to move towards lower emissions. But to support a fairly rapid change, supply chains need to be taken into consideration to ensure enough electric vehicles are available.

While there are many technical issues to resolve, New Zealand’s approach to procurement is a step in the right direction. Procurement can’t do everything at once, but it is an important instrument that needs to be directed at policy problems, underpinned by research and evidence.