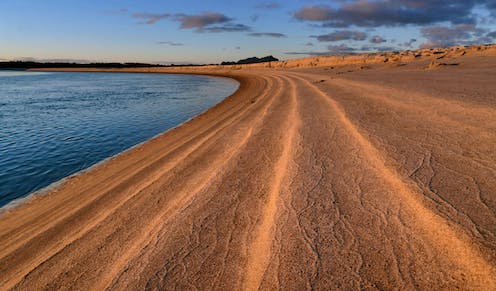 We provide 100% evidence-based coverage on climate change. Stay informed BY subscribing to our free newsletter.

Veteran Great Barrier Reef expert Jon Brodie often thinks of his PhD students and despairs. The young scientists have a quenchless thirst for new knowledge about the marine wonder. They want to make it better, healthier, more resilient. But climate change and other processes threaten the reef’s very existence. In a few decades’ time, Brodie wonders, what will be left for these scientists to study?

“It’s very depressing for me,” Brodie said of the reef’s prognosis when we spoke last week. “It’s unlikely we’ll have extensive coral reef left in the world within 50 years. It could be earlier.”

Brodie’s personal reflection will be featured on The Conversation this week as we join a global media initiative to better tell the story of the climate emergency. The Conversation has joined more than 250 news outlets around the world to run focused climate coverage in the lead-up to a highly anticipated climate action summit in New York on September 23. Together, participating outlets have a combined reach of well over one billion people.

The Conversation is committed to delivering responsible, evidence-based journalism that helps readers understand the world’s most pressing issues. We hope this week of coverage helps fulfil that mission and, ultimately, adds to pressure on governments to treat climate change with the urgency it deserves.

This mobilisation of the world’s media resources comes at a critical time. Last October, a scientific report by the UN’s Intergovernmental Panel on Climate Change warned the world had just 12 years to radically slash greenhouse gas emissions if it hopes to avoid the most catastrophic impacts of global warming, including extreme weather.

For Australians, the past year is a portent of what is to come. Most of the country is gripped by crippling drought. Last summer was Australia’s hottest ever, and last winter was one of the driest on record. A warm, dry spring is on the way and experts predict a monster bushfire season this summer.

But despite Australia’s unique vulnerability to climate change, our greenhouse gas emissions are rising. We must turn the ship around, and quickly.

Our coverage this week will be a guide on how we might do it. We kick off the coverage today with Director of the Australian National University’s Centre for Climate and Energy Policy, Frank Jotzo, who takes stock of Australia’s progress on climate action and how we are perceived on the issue by our global peers. Former Australian of the Year and respected climate scientist Tim Flannery will tell us why the gloves are off when it comes to dealing with climate sceptics.

Director of the Monash Climate Change Communication Research Hub, David Holmes, will discuss the push for TV weather presenters to talk about climate change, and respected Murdoch University climate scientist Bill Hare will tell us which countries are leading, and failing, the pack on climate action.

Each day this week, our popular Climate Explained series will answer burning reader questions: why don’t we have zero-emissions electric planes? How much climate change is natural? Why are climate change sceptics often right-wing conservatives? We will also debunk climate myths, explore climate anxiety among young people and consider whether severe environmental harm should be considered a crime against humanity – and lots more.

We hope you enjoy this special week of coverage on The Conversation. Climate change is the defining issue of our time – let’s give it the attention it deserves.