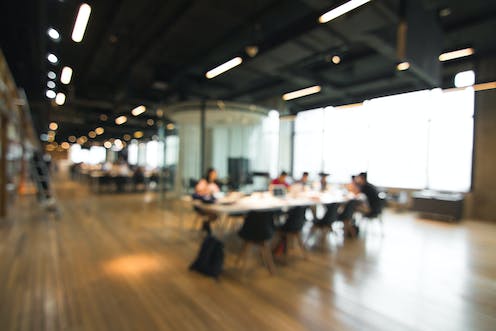 Delivering the Parliamentary Library Lecture on Tuesday, Podger said the incentives for senior public servants had changed, and this had affected the way they acted.Shutterstock

The relationship between ministers and the Australian public service has transformed from a partnership to one more like “master-servant”, with the...

The relationship between ministers and the Australian public service has transformed from a partnership to one more like “master-servant”, with the “master” including the minister’s staff, according to former senior bureaucrat Andrew Podger.

Podger, who headed various federal departments and was public service commissioner, said this had come about through the “thickening” of the interaction between the public service and ministers, coupled with the professionalisation of politics.

Delivering the Parliamentary Library Lecture on Tuesday, Podger said the incentives for senior public servants had changed, and this had affected the way they acted.

“Controlling the public service to minimise political risk is too often given more weight than taking advantage of the intellectual capacity and administrative experience the APS has to offer’”, he said.

Some senior public servants tried to demonstrate “responsiveness” to please their “masters” “by devoting resources to more tactical and immediate support than to strategic and longer term advice”.

"They presumably think this demonstrates non-partisanship, but it really just prostitutes the professional apolitical role of the APS, blurring the line between the role of the APS and that of ministerial staff and undermining the confidence of the parliament and the public in the APS as an apolitical institution,” Podger said.

His observations come ahead of the release of the Thodey review of the APS and after Scott Morrison has made it clear that he sees the service’s role as primarily implementation of the government’s agenda, downplaying its provision of wider advice.

Podger said he thought the view that a more independent public service offered ministers greater political risk than benefit “is more often the view of ministerial staff than ministers themselves”.

“A government genuinely determined to improve services to Australians and to pursue policies in our long-term interests should value a highly capable civil service.”

He was hopeful Morrison on reflection “takes a broader view of the important role of the APS that goes beyond service delivery and implementation of government policies, to encompass strategic policy advice that is taken seriously”.

Challenges the government would face, including those identified by Morrison in relation to the economy and global uncertainty, would require calling on expert bureaucratic advice, he said.

“Investing in the capability of the APS and nurturing it as an institution is a particular responsibility of any prime minister.”

Podger said the role of the public service commissioner needed strengthening. This was “particularly in light of the common practice in recent decades of prime ministers appointing individuals known and favoured personally by them as secretary of the Department of Prime Minister and Cabinet”.

Morrison has recently appointed Phil Gaetjens as head of the Prime Minister’s department. Gaetjens was chief of staff to Morrison when he was treasurer.

“The APS needs a clear and separate professional head of the service, focused on stewardship of the APS and its capability to serve future governments as well as the current one,” Podger said.

“The secretary of PM&C is the operational head, marshalling the resources of the APS to meet the requirements and lawful directions of the prime minister and the cabinet.”

Podger urged a more independent process for appointing departmental heads, with the APS commissioner taking the lead role in advising on secretary appointments.

Under this process, the prime minister would be required to consider advice from a panel led by the commissioner and including up to two other secretaries selected by the commissioner. If the PM did not follow the panel’s advice, he or she would have to table in parliament the reasons for selecting someone else.