Hype continues to surround the roll-out of 5G technology in Australia and across the world.

While there is promise of faster network speeds, and talk of exciting technologies like driverless cars, there’s also a growing movement to stop the implementation of 5G due to concerns about the effects it may have on our health.

But the scientific evidence we’ve got assures us there’s no reason to worry. The radio frequencies powering 5G will be well below the exposure limits known to cause harm.

What is 5G and how does it work?

Initially, 5G will use the same type of radio waves as used in 4G. But in the future it will operate at higher frequencies. Higher frequencies allow for faster connections and response times, while also increasing capacity for more users to be connected.

The higher the frequency, the shorter the distance the radio waves travel. As the 5G frequencies will be higher than those used by previous mobile phone technologies, a lot more mobile phone base stations will be required.

Much of the public concern has centred around these two new elements – that the frequencies used will be higher, and that there will be more mobile phone base stations. While some people believe these two factors alone will lead to higher exposures, the reality is actually very different.

Read more: Can you be allergic to your Wi-Fi?

Higher frequencies don’t travel as far, meaning exposure is not as deep as previous generation technologies. This results in more superﬁcial exposures which are mostly absorbed by the skin rather than deeper in the body.

The idea that more base stations lead to higher exposures is also a common misconception. A larger number of base stations will actually provide a more efficient network. This means mobile phones can operate at a reduced power, which is likely to result in reduced overall personal exposure.

Importantly, we have no evidence of any established health effects from the exposures related to mobile phones, despite extensive research. This consensus has been reiterated by independent international expert bodies.

We know a lot about how radiofrequency interacts with the human body. Health effects occur from exposure when there is a large rise in body temperature. But this will only be seen at power levels far higher than those used in telecommunications, like from a microwave oven.

The temperature changes associated with mobile phones are very small, especially when compared with normal day-to-day or exercise-induced temperature variations. 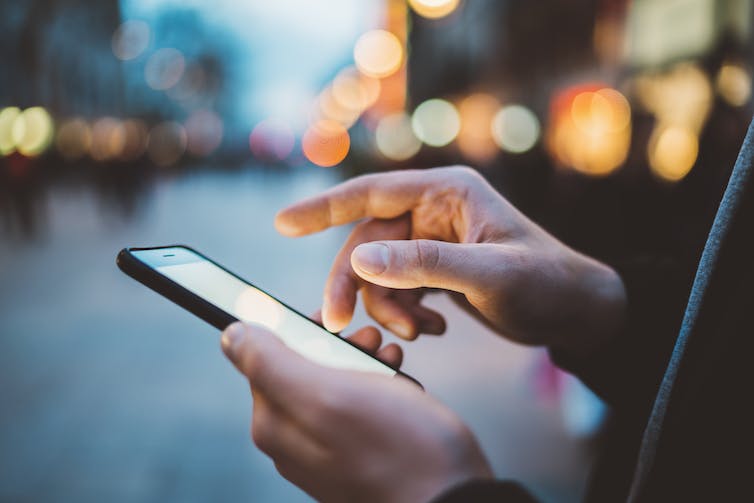 5G is the next generation of mobile phone technology, and is currently being rolled out. From shutterstock.com

Exposures from mobile phones and their base stations are tightly regulated. In Australia, safety standards are set by the Australian Radiation Protection and Nuclear Safety Agency (ARPANSA).

These standards are based on the current scientific evidence. They also cover the new frequencies that will be used by 5G. Importantly, the safety limits are set well below levels known to cause harm. And although technology can legally run at the safety limit, in reality, exposures are typically hundreds of times below these safety limits.

While anti-5G sentiment and campaigning might be well-intentioned, without the scientific evidence to back these sentiments, it’s likely doing more harm than good. The challenge we now face is counteracting the misinformation out there.

Read more: What is a mobile network, anyway? This is 5G, boiled down