Climate change is the fastest-growing global threat to World Heritage. However, no systematic approach to assess the climate vulnerability of each particular property has existed – until now.

Our newly developed tool, the Climate Vulnerability Index, was showcased this week at the UNESCO World Heritage Committee meeting in Baku, Azerbaijan. This CVI provides a systematic way to rapidly assess climate risks to all types of World Heritage properties – natural, cultural and mixed. 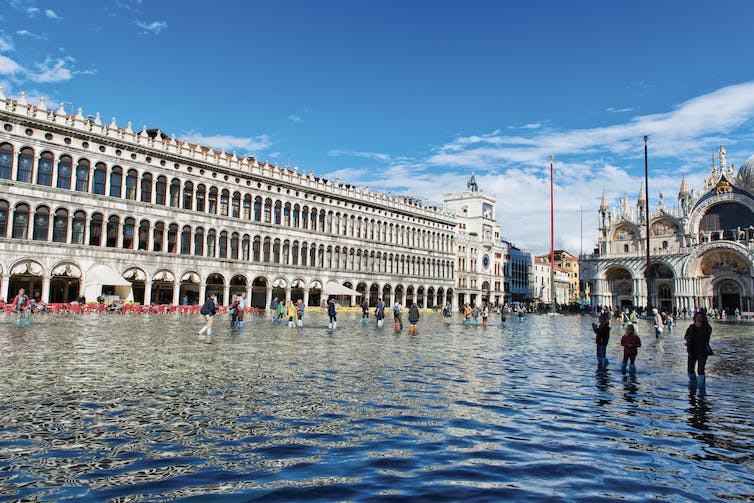 Inundation of the World Heritage property Venice and its Lagoon, Italy, in 2015. Shutterstock

In most cases, climate change results in a deterioration in a property’s “Outstanding Universal Value” – the set of characteristics that led to it being internationally recognised as World Heritage in the first place.

The severity of the current climate impacts varies widely between different properties, as does the timescale over which the damage is occurring. In many places, we can expect climate-related deterioration to accelerate in the future. 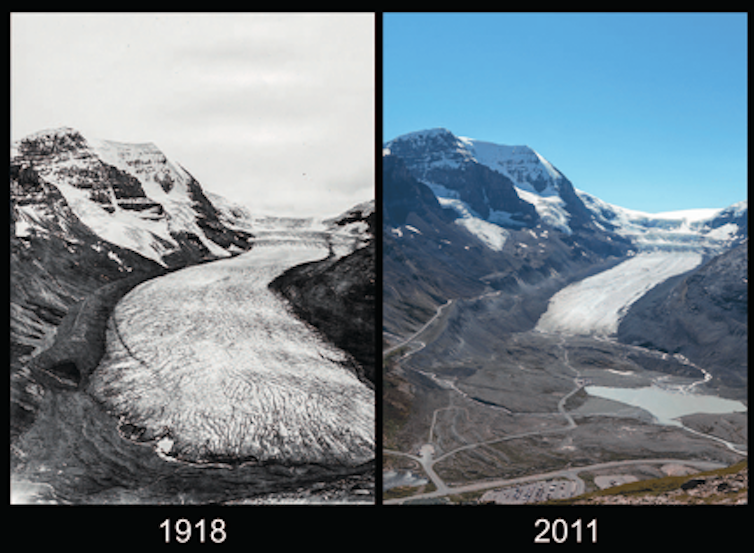 The CVI applies a risk-assessment approach that builds upon an existing vulnerability framework used by the Intergovernmental Panel on Climate Change. However, ours is the first such tool specifically customised for application to World Heritage properties and their associated communities.

In assessing a particular property, we look first at the Statement of Outstanding Universal Value, which highlights the internationally recognised characteristics. The vulnerability to physical climate drivers (such as sea level rise) is then assessed, identifying three key drivers most likely to impact those values over an agreed timescale (for instance, by 2050).

The next stage is to evaluate the “Community Vulnerability” – the level of economic, social and cultural risk to the associated community, and its capacity to adapt to future changes. 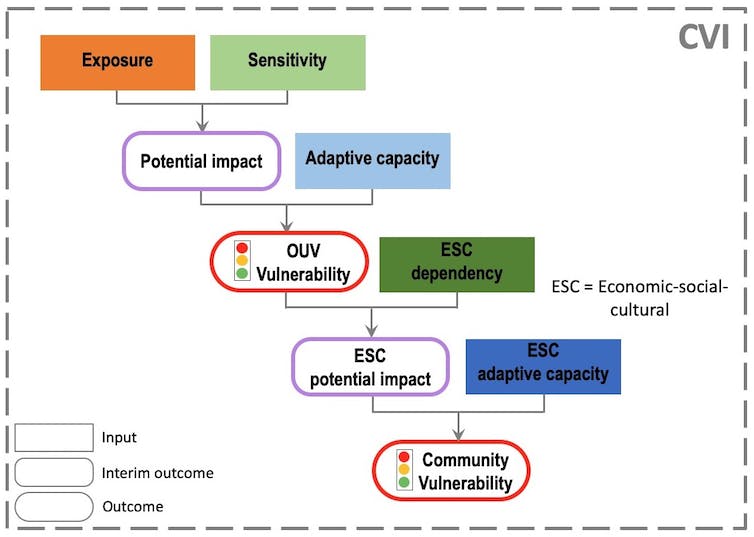 The whole process is best undertaken in a 2-3 day workshop. Ideally, this includes heritage managers, community members, associated businesses, academics, and other stakeholders.

The aim is to provide guidance that is scientifically robust and practical. Because the workshops are relatively short, they can be periodically repeated as part of management processes. This is important given the rapid pace of climate change.

Seagrass before (left) and after (right) the 2015 die-off in Shark Bay, Western Australia resulting from an extreme marine heat event. Matthew Fraser

The CVI method is currently in a pilot phase, but the two trials so far have successfully demonstrated its value as a rapid yet robust assessment tool. Historic Environment Scotland has recommended that the CVI be applied to other Scottish World Heritage properties and repeated at five-yearly intervals in parallel with management plan reviews. 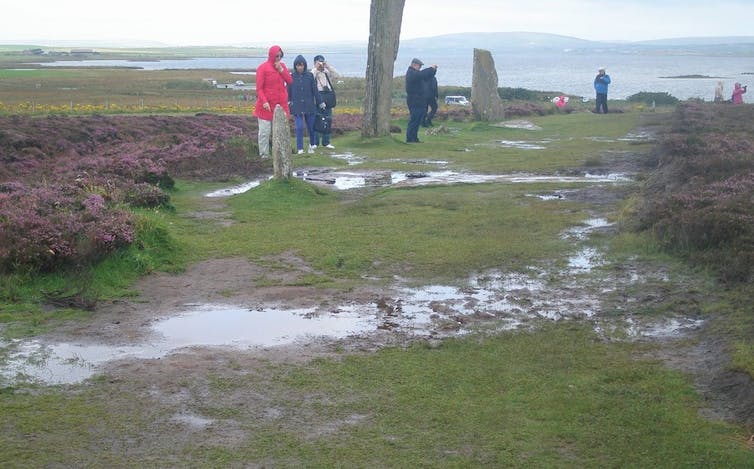 Damage to the footpath resulting from higher visitor numbers and increased rainfall levels at the Ring of Brodgar, part of the Scottish World Heritage property, Heart of Neolithic Orkney. Historic Environment Scotland

Read more: The UN is slowly warming to the task of protecting World Heritage sites from climate change

Scientifically robust, transparent and repeatable assessments will be increasingly important for managing all types of threatened heritage in the face of climate change, and for prioritising actions within World Heritage processes.

Almost all parties to the World Heritage Convention have signed or ratified the Paris climate agreement. However, the current global trajectory will not achieve the goal to keep global temperature rise well below 2℃ above pre-industrial levels. Immediate and significant action on the causes of climate change is critical. Our new tool can help governments better understand the implications of climate change for the heritage for which they are individually and collectively responsible, and can help them respond in a more strategic way.

This article was coauthored by Adam Markham, Deputy Director of Climate and Energy, Union of Concerned Scientists, USA.