An unprecedented 24 Democrats are currently running to be their party’s 2020 presidential nominee. Why are so many well-qualified, ambitious and smart people in the race?

The answer is Trump. The triumphant Democrat will face a president who was elected in 2016 with a historically high unfavourability rating, and the party is hoping this could mean an easy path to victory. In fact, many potential Democratic candidates are already significantly outpolling Trump.

In addition, those running view Trump as an existential threat to America, which means their candidacy can be spun as a calling rather than a career move.

On top of Trump’s ignorance, misogyny and frequent lying, he is despised by Democrats for his cruel immigration policies, loosening of environmental regulations, tax cuts for the wealthy, appointment of conservative anti-abortion judges, and habitual praise for dictators.

Read more: Math explains why the Democrats may have trouble picking a candidate

Yet despite his policies and character, the president could well be re-elected. As Hillary Clinton discovered, running against Trump has its challenges. His attack-based, fear-mongering style is more electorally effective than many would hope.

Pundits frequently write about the loyalty of Trump’s base – rusted-on Republicans and whites without college degrees. However, Harvard voting data suggests that, in key swing states, registered independents and self-described moderates switched parties or turned out to deliver Trump victory. 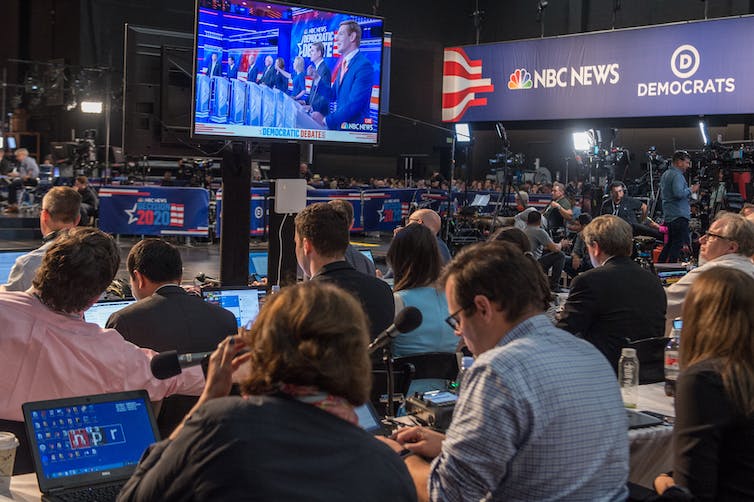 So many Democrats are running for the nomination, the field was split in two for the first debate. Giorgio Viera/EPA

Last week, we saw the 2020 election season officially kick off, with two televised debates featuring ten Democratic candidates apiece. But while the stages were packed, only a few candidates seem to have a genuine chance of taking out Trump: former Vice President Joe Biden; senators Bernie Sanders, Elizabeth Warren and Kamala Harris; and Pete Buttigieg, mayor of South Bend, Indiana.

Currently, Biden is well ahead in the polls. He also claims to be the most “electable” Democrat in the field. However, primary voting does not start until February, and early leads can evaporate between the first debate and the first vote.

And since May, Biden’s polling average has declined from around 41% to 31%, according to an average of eight major polls. Right now, he’s riding name recognition and the warm glow of association with still-popular former President Barack Obama. 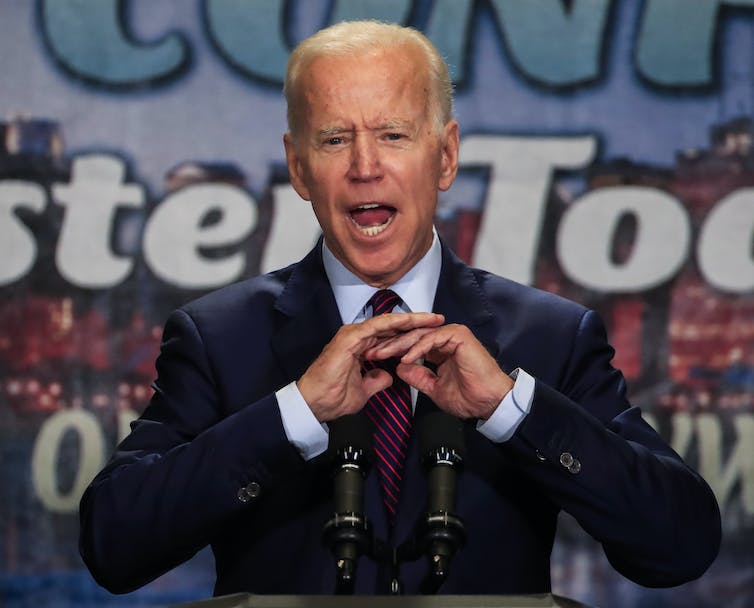 We’re particularly cautious about Biden’s chances, because when he campaigned to be president in 1987-88 and 2007-08, he was unimpressive. The former vice president remains notoriously gaffe-prone and his speech-making abilities are middling. In 2006, Washington Post columnist Richard Cohen wrote:

The only thing standing between Joe Biden and the presidency is his mouth.

Biden’s policy record is also full of controversial positions that are already being challenged. He supported the 2003 Iraq War, has a long-standing record of opposition to the federal funding of abortion clinics, and has been notoriously tough on urban crime. He also has a history of being on the side of financial institutions, backing a bankruptcy bill that was supported by credit card companies.

But in the race, Biden will look to highlight some of his positive policy achievements, such as his advocacy for landmark 1994 Violence Against Women Act and his involvement in promoting global poverty alleviation goals through proposed bills such as the 2007 Global Poverty Act.

The progressives: Warren and Sanders

Biden’s career of centrism and bipartisanship contrasts starkly to those of Sanders and Warren, his two closest competitors. Warren has been steadily improving her position in national polls in recent months, as Sanders’ has slightly declined – Sanders now averages around 17% of Democratic primary voters and Warren 13%.

Both have staked out left-of-centre policies the like of which have not been prominent in American presidential campaigns since the beginning of the Cold War. They support a progressive tax code and higher minimum wage. Both want to significantly cut US defence spending and curtail America’s overseas military involvements. Addressing climate change is also a priority.

Read more: Democrats should avoid pledges to overturn the Trump revolution – there hasn't been one

They have shifted the tone. Conversations about decriminalising illegal immigration to the US, expanding Medicare to all Americans, and cancelling more than a trillion dollars in student debt – all unthinkable in mainstream American politics even three years ago – are suddenly being taken seriously.

Why has America arrived at a moment where progressive policies are popular and it is conceivable Sanders or Warren could become the next US president?

The short answer is that status quo politics and economics have failed many Americans and the nation seems open to new solutions. Those “solutions” might still look like Trump, but they might also take the form of leftist policies that have long been considered irrelevant or unrealistic.

In the past, the Democrats have offered younger voters a less moralistic and more inclusive form of capitalism. Sanders and Warren, in particular, are now promising a social democratic vision that is far easier to communicate to the electorate than the complicated social policies promoted by the Clintons.

Harris and Buttigieg both sit to the left of Biden, but to the right of Sanders and Warren. Harris performed especially well in the debate – she effectively attacked Biden’s political history, and used her own past as a prosecutor to push for a ban on assault weapons. After the debate, one poll showed her moving from 6%-12% among Democratic voters.

Harris’ own history as San Francisco’s district attorney and California’s attorney general, however, could prove a weakness, particularly in an environment where candidates are being challenged on progressive terms. In January, a New York Times op-ed argued that, when in power, Harris failed to push criminal justice reform and worked to uphold wrongful convictions. 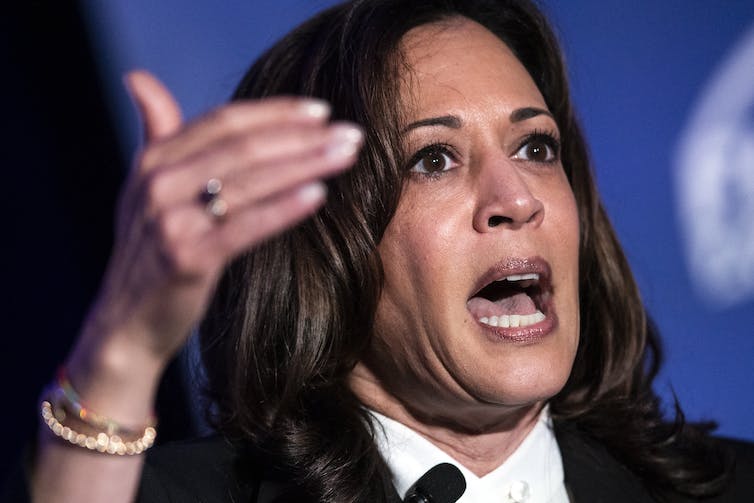 Buttigieg is attempting to stake out the ground of the “scholar politician,” echoing Obama’s Ivy League credentials. He’s a graduate of Harvard and Oxford, and reportedly speaks seven languages. He also served in the US military and would be the first openly gay presidential nominee.

Popular among progressives, Buttigieg has made electoral reform a central policy platform – supporting abolishing the electoral college and introducing automatic voter registration – and has called for restructuring the Supreme Court to enshrine political balance.

Among the challenges confronting Buttigieg is his response to the shooting of a black man by a police officer in his city, South Bend. At the Democratic debate, he was asked why he has been unable to improve African-American representation on the city’s police force. Buttigieg responded, “Because I couldn’t get it done”.

As the campaign wears on, we will likely see increasingly heated debate among the winnowing field, with any weakness that puts a candidate at risk of being defeated in the presidential race ruthlessly confronted and thoroughly interrogated.

As we approach February 2020, when the first votes are cast in the Iowa caucuses, the Democrats will continue to go through an existential struggle between those who believe the time has come for fundamental social reform, and those who believe such a platform would make a candidate un-electable, even against Trump.