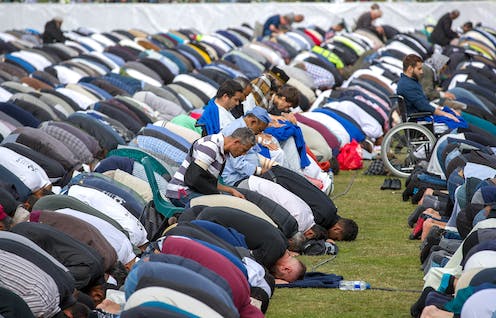 The man accused of the Christchurch mosque attacks appeared in court last week. Through his lawyer, he pleaded not guilty to 92 charges of murder, attempted murder and terrorism.

The court appearance was a “callover” procedural hearing as part of the judge managing the case prior to trial.

It clarified issues around the accused’s fitness to stand trial and set a timetable towards a trial in May 2020.

Charges and not guilty plea

The lawyer for the accused entered not guilty pleas on his behalf. As a preliminary to this, it was indicated two appropriately qualified people had assessed the accused and found him fit to stand trial. Under the Criminal Procedure (Mentally Impaired Persons) Act 2003, there cannot be a criminal trial to assess guilt if the accused cannot participate.

In such a situation, the courts are limited to a lesser inquiry of whether the person committed the alleged acts. This does not investigate their state of mind at the time of the offence, which is an essential part of most criminal trials. Fitness to stand trial turns on the current state of mind of the accused.

Insanity at the time of the offences is a very different question. It is for the defence to demonstrate at trial if they wish to raise it and have the relevant evidence.

Defendants are entitled to require the prosecution to prove their guilt. It is a matter that can be taken into account at sentencing if guilt is established, as a person who pleads guilty will almost always receive a discount. Since a murder conviction invariably results in a life sentence, there is a limited carrot available, relating to the time that must be served before a parole application is made.

The law does allow for a life sentence without any prospect of parole. A person who expects this outcome, even if they pleaded guilty, has no real incentive to do so.

It is also worth noting that until the prosecution has completed the process of disclosing all its evidence, defence lawyers are not in a position to give the best advice on whether the prosecution will be able to prove guilt.

A tentative date has been fixed for the trial, starting on May 4 2020. The trial is expected to take six weeks, although the defence has suggested it might be longer.

The trial length is affected by the decision to bring a charge in relation to each victim rather than to proceed on representative charges, as well as by the added terrorism charge, which introduces complexities into what has to be proved.

Read more: Charging the Christchurch mosque attacker with terrorism could be risky – but it's important

If the trial does indeed begin in May 2020, that will represent some 14 months from arrest to trial. This is not consistent with the need for a speedy trial. But it is not an unusual delay in New Zealand, which has had an underfunded criminal justice system for some time, including in terms of judges and courtrooms. The delays in such a high-profile trial, and the inevitable anguish for victims, highlight the consequence of inadequate funding.

All court appearances to date have been in Christchurch, with the alleged perpetrator appearing by video link from prison in Auckland. Jurisdiction lies with the court local to where the offence occurred. But an application for transfer to another place for trial might be made in due course, partly based on the difficulty of finding jurors without a link to the witnesses or victims.

Other developments were in relation to some matters of reporting. The names of attempted murder victims had been suppressed, but that has lapsed. The names of child victims and witnesses are automatically suppressed by statute.

In addition, while the judge did not allow any supplemental images of the accused to be recorded, an image from his first court appearance, which had his face pixelated, can now be used without the pixelation. It is a matter for individual news agencies to decide whether to name the accused (who never sought to have his name suppressed) or to use the image that reveals his face.

Of course, public curiosity may often be harmless, but the alternative view is that a possible desire for notoriety can be countered by not mentioning names or reproducing photographs. The Conversation’s policy is not to name the alleged perpetrator.

The next hearing, also procedural, is due in August.