In recent years, we’ve seen increasing scrutiny about the procedures being delivered in the IVF clinic, often referred to as “add-on” or supplementary technologies.

These are optional extras you may be offered on top of your normal fertility treatment, often at an additional cost.

Today in the Australian and New Zealand Journal of Obstetrics and Gynaecology (ANZJOG), Australian researchers report the use of one very commonly used technology called ICSI (intra-cytoplasmic sperm injection) may be ineffective in certain groups to which it’s offered.

This is concerning because prospective parents using IVF are often vulnerable, and willing to pay thousands of dollars for any procedure they believe might improve their chance of conceiving. We need to ensure whatever they’re being offered is grounded in the strongest scientific evidence.

Read more: Your questions answered on donor conception and IVF

ICSI involves injecting a single sperm into an egg to facilitate fertilisation (which would normally happen in the fallopian tube, or in a dish in the process of in vitro fertilisation).

It was originally developed to help couples with male-factor infertility (when a fertility issue is identified with the male, such as poor quality or very low numbers of sperm).

For these couples, where fertilisation may be the barrier to fertility, the barrier is removed by injection of the sperm directly into the egg.

While ICSI may not necessarily be classified as an add-on technology, it’s now used widely in IVF clinics – notably, more widely than just for couples diagnosed with male infertility. 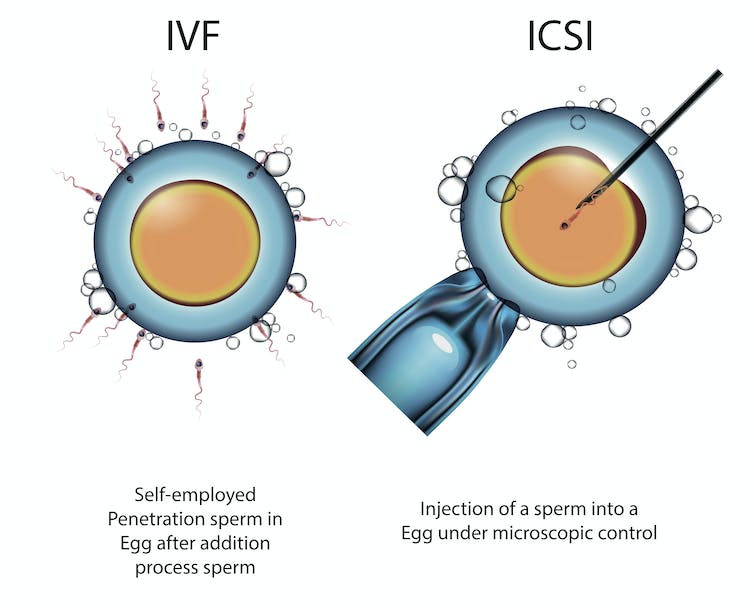 ICSI differs from traditional IVF in that it involves a single sperm being injected directly into an egg. From Shutterstock.com

Data collected from Australia and New Zealand shows that almost 65% of couples are having ICSI as part of their fertility treatment. These numbers reflect global trends, with some countries such as Italy reporting almost exclusive use of ICSI.

But the level of male infertility in couples with fertility issues is only about 40-50%.

What does this research find?

Researchers from a Melbourne IVF clinic looked at historical data collected between 2009 and 2015.

They went on to compare the success rates of both in vitro fertilisation (natural fertilisation in a dish), and ICSI (sperm injection directly into the egg). They wanted to understand whether ICSI was beneficial to more couples than just those with male-factor infertility, given the widespread use of the technology around the world.

Read more: Five traps to be aware of when reading success rates on IVF clinic websites

They found couples who had standard in vitro fertilisation were more likely to to take home a baby than couples who had ICSI, suggesting the technology may actually be hindering a couple’s chance of starting a family.

They report that for every 15 couples who have the ICSI procedure when the couple do not have diagnosed male-factor infertility, one less pregnancy is achieved.

What can’t we assume from the paper?

When scientists perform retrospective analyses (those done on historical data which is already collected), there are a number of things which are impossible to extract and understand (limitations).

While the paper reports that couples won’t benefit from ICSI if they don’t have a male-factor infertility diagnosis, unpicking all of the factors that may have led to that outcome is very difficult. 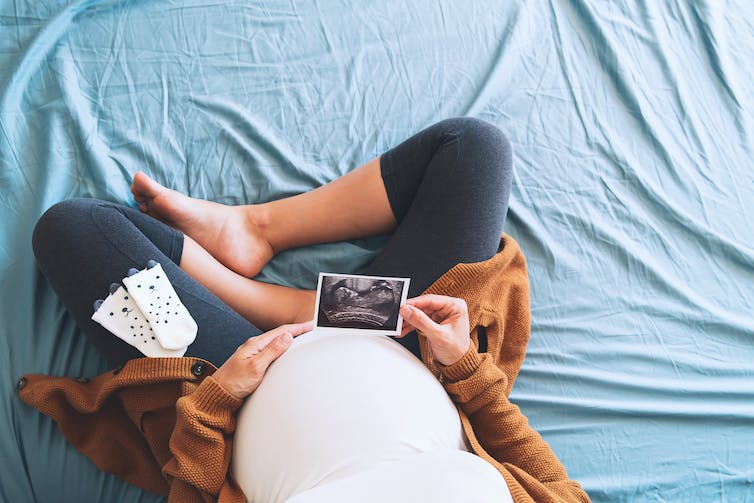 For couples using IVF, making sense of the many ‘add-on’ procedures available can be confusing. From shutterstock.com

For example, we don’t know if a clinician was encouraging the use of ICSI in couples who appeared to be more infertile, meaning this group were less likely to conceive regardless of the intervention.

Given ICSI is an additional cost to couples seeking fertility care (hundreds of dollars on top of in vitro fertilisation), this study supports the need for further exploration of the benefits (or lack thereof) of technology in the fertility sector.

The highest quality of evidence comes from randomised controlled trials, where data is collected prospectively, once a research question and hypothesis have been determined, and with strict criteria for patient inclusion and treatment.

Read more: Considering using IVF to have a baby? Here's what you need to know

Randomised controlled trials would be the ultimate way to determine whether ICSI – and many of the add-on technologies in the IVF arena such as time-lapse imaging, embryo glue, and assisted hatching – will improve a couple’s chances of taking home a healthy baby.

Many of the technologies currently used for fertility treatment lack this high-level empirical evidence.

ICSI is still a suitable treatment for many fertility patients, and your doctor can explain why the procedure is right for you and your infertility diagnosis – particularly if you have confirmed male-factor infertility.

When discussing your treatment with your fertility specialist, you should ask them if all the technologies they are suggesting are supported by the highest quality scientific evidence.

If you have learned about add-on technologies in your own searches, you should ask your doctor to explain the current state of evidence with that particular technology, for a patient in your situation (age, fertility status, and so on). There is also useful advice to be found online.

Researchers and doctors still don’t have all the answers when it comes to IVF add-ons. But asking these questions may save you from unnecessary costs and procedures.