What would the world be like without frogs? Earth is in its sixth mass extinction event and amphibians are among the hardest hit.

But in the island of New Guinea, home to 6% of the world’s frog species, there’s a rare opportunity to save them from the potential conservation disaster of a chytrid fungus outbreak.

The amphibian chytrid fungus is a microscopic, aquatic fungus that infects a protein in frog skin. It interferes with the balance of electrolytes and, in turn, effectively gives frogs a heart attack.

If the amphibian chytrid fungus invades New Guinea, we estimate 100 species of frogs could decline or become extinct. This disease, which emerged in the 1980s, has already wiped out 90 species of frogs around the world. 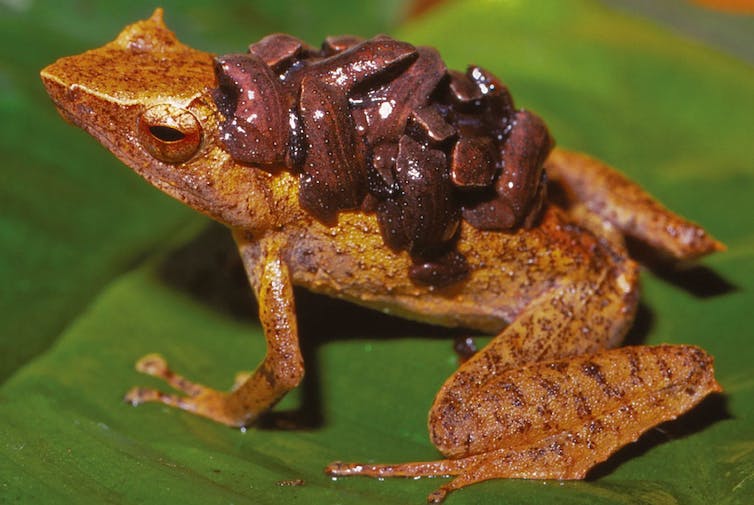 The New Guinean horned land frog, Sphenophryne cornuta, with young. These frogs are under threat from a fungus that has wiped out 90 frog species around the world. Stephen Richards

Collaborating with 30 international scientists, we developed a way to save New Guinea’s frog species from a mass extinction, one that’s predictable and preventable. We need urgent, unified, international action to prepare for the arrival of the deadly fungus, to slow its spread after it arrives and to limit its impact on the island.

It’s rare we can identify a conservation disaster before it occurs, but a long history of amphibian declines in Australia and South America has equipped us with the knowledge to protect areas where the amphibian chytrid fungus is yet to reach.

Why we should care about frogs

Losing so many species can have many terrible impacts. Tadpoles and frogs are important because they help recycle nutrients and break down leaf litter. They are also prey for larger mammals and reptiles, and predators of insects, invertebrates and small vertebrates. They help keep insect plagues, such as those from flies and mosquitoes, in check. 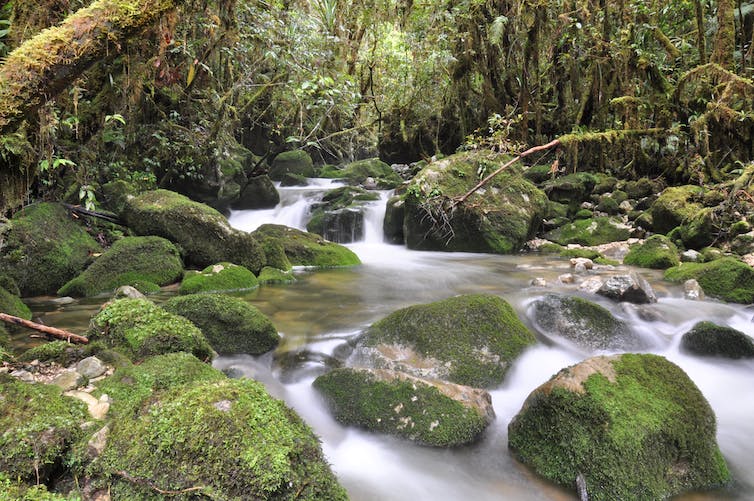 Frogs are also an important source of human medical advancements – they were even used for a human pregnancy test until the 1950s.

A call to action to protect frogs

Frogs are one of the most threatened groups of species in the world – around 40% are threatened with extinction.

And species conservation is more expensive once the species are threatened. They can be more costly to collect and more precious to maintain, with a greater need for wider input from recovery groups to achieve rapid results.

In our study, we highlight the increased costs and requirements for establishing captive breeding for two species of closely related barred frog, one common and one threatened. We determined that waiting until a species is threatened dramatically increases the costs and effort required to establish a successful breeding program. The risks of it failing also increase. 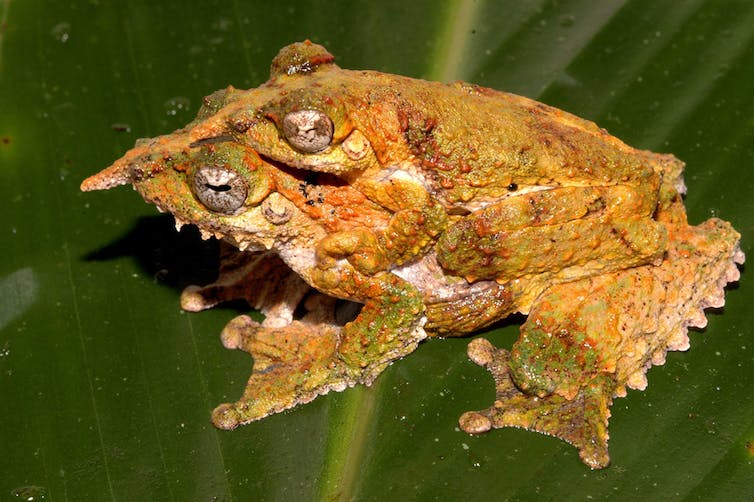 Our research draws on lessons learned from other emerging diseases and approaches taken in other countries. By addressing the criteria of preparedness, prevention, detection, response and recovery, we detail a call for action to protect the frogs of New Guinea. It will require dedicated funding, a contingency plan for the likely, eventual arrival of the disease and a task force to oversee it.

Read more: Frogs v fungus: time is running out to save seven unique species from disease

This task force would oversee active monitoring for disease and prepare an action plan to implement on the disease’s arrival. We have already begun to establish facilities that can handle captive breeding and gene banking for frogs in collaboration with PNG counterparts.

The need for amphibian conservation in New Guinea also presents an opportunity for investment and training of local scientists. More species unknown to science will be described and the secret habits of these unique frogs will be discovered before they are potentially lost.

Conservation in New Guinea is complicated

The island of New Guinea is governed by Papua New Guinea on the eastern side and Indonesia on the western side. So it will take a coordinated approach to reduce risks in both countries for successful biosecurity.

Historically, New Guinea has had little import or tourism. But as the country develops, it becomes more at risk of emerging diseases through increased trade and and entry of tourists from chytrid-infected regions, especially with little biosecurity at entry ports.

What’s more, many species there are unknown to science and few ecological studies have documented their habitat requirements. Unlike Australia, many of New Guinea’s frogs have adapted for life in the wet rainforest. 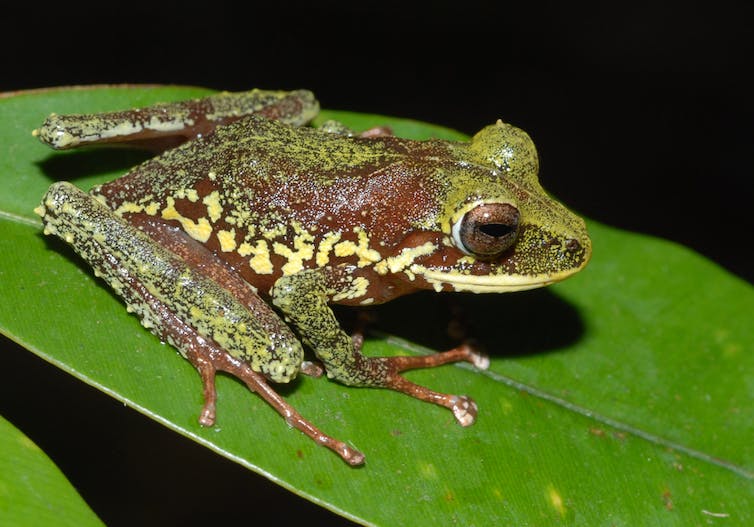 Rather than developing into tadpoles that live in water, more than 200 frog species in New Guinea hatch from their eggs as fully formed baby frogs. It’s difficult for us to predict how the amphibian chytrid fungus will affect these frogs because Australia has only a handful of these types of species.

We don’t know how to remove the amphibian chytrid fungus from large areas once it has invaded, so strict biosecurity and conservation contingency planning is needed to protect New Guinea’s frogs.

For example, all incoming goods into New Guinea should be inspected for possible hitchhiker frogs that could carry chytrid. Camping or hiking equipment carried by tourists should also be closely inspected for attached mud, which could harbour the pathogen, as is the case in Australia.

International researchers have experience in emerging amphibian diseases. Papua New Guineans and Indonesians have traditional and ecological expertise. Together we have the opportunity to avert another mass decline of frogs. Without taking action, we could lose a hundred more species from the world and take another step towards mass extinction.