After months of “start” and “stop” Adani campaigning, the coalmine is poised to go ahead following the surprise success of the Coalition government at the federal election.

So is anything still stopping the coalmine from being built?

Australia has a federal system of government, but states own coal. This means the Queensland Labor government is responsible for issuing the Adani mining licence.

And there are suggestions pressure is mounting in the state Labor party for the final approvals to be passed.

Strategists have argued the state government must approve the Adani mine if they are to be re-elected next year. One of the reasons Labor lost votes in Queensland may have been because of perceived delays in the approval process by the Queensland Department of Environment and Science.

Read more: View from The Hill: It's the internal agitators who are bugging Scott Morrison on Adani

Now, Queensland premier Annastacia Palaszczuk has appointed her coordinator-general to oversee the remaining approvals. In a press conference, she said:

But what has “delayed” the state government so far is its legal duty to make sure the coalmine has an effective plan to manage matters of environmental significance.

Before the election, the federal government already approved two controversial environmental plans – the groundwater management plan and the finch management plan. The only thing left now is for the Queensland Labor government to give its nod of approval.

Not ‘delay tactics’, but a legal duty

The federal government does not have jurisdiction over state resources unless the project impacts matters of national environmental significance.

And the Adani mine is one such project. The mine would remove the habitat of an endangered species and significantly impact vital underground water resources.

This means the project needed to be referred to the federal government.

The aim of this referral was to make sure the environmental assessment process would sufficiently prevent or reduce irreparable damage to the environment.

Generally, in a bilateral arrangement, the federal government authorises the state to conduct an environmental assessment. And this is the framework that has informed the Adani project from the outset.

This is our rule of law, and one that’s in the public interest.

There are two more approvals left 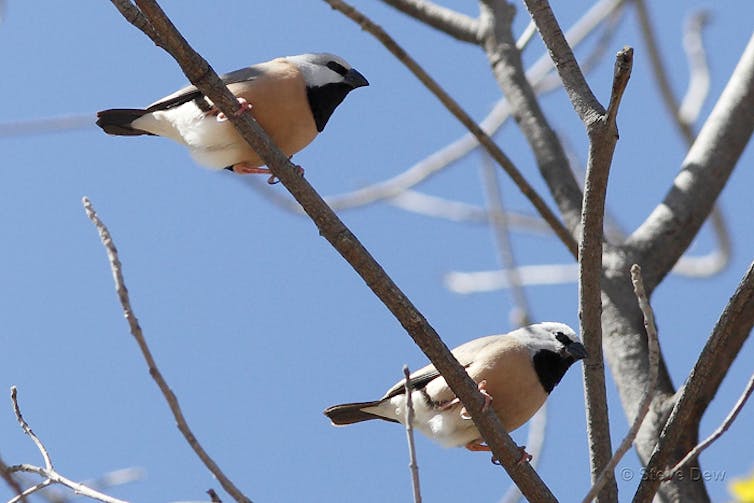 The habitat of the endangered black-throated finch must be protected. Steve Dew, CC BY

The Queensland government rejected the black-throated finch management plan submitted by Adani last month. This was because the plan did not constitute a management plan at all.

If the finch’s habitat is destroyed by the coalmine, then it’s necessary to outline how this endangered species will be relocated, and how this relocation will be managed.

But the Adani management plan does not do this. Rather than setting up a conservation area for the finch, the Adani plan proposed establishing a cow paddock, which would destroy the grass seeds vital for the survival of the finch.

Clearly this plan does not comply with the environmental condition attached to its licence.

Read more: Why Adani's finch plan was rejected, and what comes next

The Queensland Department of Environment and Science is currently reviewing the groundwater management plan and have sought further advice from Geoscience Australia and CSIRO.

Adani must address how the mine will impact the threatened Doongmabulla Springs in the Great Artesian Basin. This involves creating a groundwater model capable of estimating how much groundwater levels will decrease when water is used to extract the coal.

This is important because the basin is a water supply for cattle stations, irrigation, livestock and domestic usage. It also provides vital water supplies to around 200 towns, which are entitled to draw between 100 and 500 million litres of water each year.

Any impact on the underground aquifers that feed into the Great Artesian Basin would not only be devastating for the environment, but also for all the communities that rely on its water resources.

The original groundwater model submitted by Adani was not “suitable to ensure the outcomes sought by the EPBC Act conditions are met”.

It’s unclear whether Adani’s resubmitted groundwater model still under-predicted the impact because the further submissions made by Adani have not been subjected to extensive review at the federal level.

Great care needs to be taken to ensure the expert advice from CSIRO and Geoscience is properly heeded. 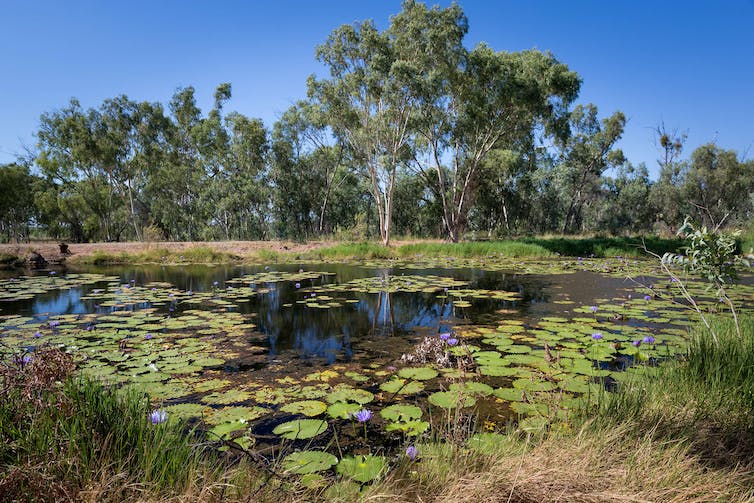 The mine may cause the Doongmabulla Springs to cease flowing. Lock the Gate Alliance/Flickr, CC BY

The Adani mine is an outlier in the global coal community

The approval of the Adani coalmine comes at a time when the global community is rapidly moving away from coal.

Germany, a pioneer of the mass deployment of wind and solar power generation, announced the phaseout of its 84 coalfired plants.

Britain has just had its first week without coal-fired electricity, and this new energy mix has rapidly become the “new normal”.

But the international coal market is variable. India’s consumption is expected to rise by the end of 2023, but their aim is to reduce coal imports. And China’s coal consumption is projected to fall almost 3%, largely due to the country’s ambitious clean energy plans. What’s more, coal is in decline in the United States and across Europe generally.

A hasty post-election approval of the outstanding environmental plans for Adani coalmine would not only conflict with our domestic legal framework, but also the broader imperatives of the international community.