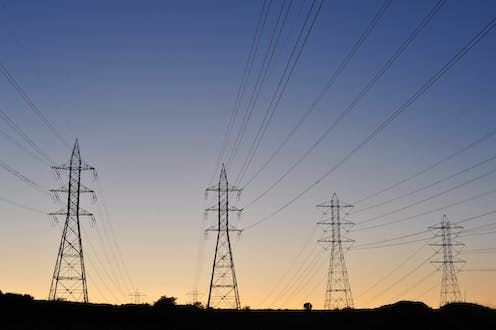 Following opposition leader Bill Shorten’s policy announcement that 50% of new cars will be electric by 2030, questions have been raised about the ability of the electricity grid to cope with the increased demand associated with a substantial...

Following opposition leader Bill Shorten’s policy announcement that 50% of new cars will be electric by 2030, questions have been raised about the ability of the electricity grid to cope with the increased demand associated with a substantial increase in the use of electric vehicles.

Read more: Labor's plan for transport emissions is long on ambition but short on details

These concerns are not completely unfounded. Modelling and research at the University of Melbourne, conducted as part of a project led by Professor Iven Mareels, has shown that in Victoria even fairly modest rates of electric vehicle uptake could have a major impact on the electricity distribution grid.

However, these problems would be caused by uncoordinated charging, with battery recharging occurring as soon as the driver returns home and plugs in the car. With some simple coordination – perhaps using smart meters – Australia’s grid can easily support far more electric vehicles for decades to come.

It’s helpful to first understand the challenges to the grid posed by a high number of electric vehicles. The focus here is on the low voltage electricity distribution network, by which we mean the part of the grid “downstream” from local transformers that directly supply electricity to homes and businesses.

This includes most of the grid infrastructure that we see around us every day, such as residential power lines and pole-mounted transformers. Electric vehicle charging can affect this infrastructure in a number of different ways.

An electric car with a typical daily commute of 40km requires roughly 6–8 kilowatt hours of energy to recharge, which is equivalent to the daily needs of a small household. In other words, if you purchase an electric vehicle, the impact on the local electricity network is about the same as adding a small house to the neighbourhood.

And in an unregulated environment most electric vehicle owners are likely to plug in and begin charging when they arrive home, around 6 to 7 pm, which is the time residential electricity networks experience peak demand. This can lead to network failures, or component overload where assets such as distribution transformers and the utility lines run beyond their nominal current ratings and capacity limits, substantially shortening their lifetimes.

Voltage can be thought of as the “electrical pressure” in the network. Each utility line in the distribution network has an associated impedance, meaning that the voltage at each house in the network decreases the further it is from the distribution transformer. As more current is drawn through the lines due to the charging of electric vehicles, this decrease in voltage is exacerbated. If the voltage in some houses falls below regulated limits, household appliances may fail or suffer.

Electricity distribution networks in Australia are generally three-phase, meaning there are three lines carrying the current, each a third of a cycle out of phase with the others. Most houses connect to only one of these phases. If a disproportionate number of households with electric vehicles all happen to be connected to the same phase, then that phase can get out of balance with the others, leading to a significant loss of efficiency in the network. Mass electric vehicle charging could also affect the overall quality of the power in the network, for example by distorting the shape of the 50Hz waveform that carries the current.

Modelling and simulations, based on real Australian data, have shown these negative impacts on the grid can occur at fairly low rates of electric vehicle ownership. For example, in a study based on an area in Melbourne it was shown that an electric vehicle penetration of only 10% can lead to network failures in an unregulated environment.

The good news is that all of these problems can be prevented by implementing a smart charging framework: shifting electric vehicle demand away from peak times.

Electric vehicles are among the most flexible loads in the grid. Unlike showering, cooking and heating our homes, we can shift the demand to other times, such as overnight, when there is more capacity in the network. The trade-off, of course, is that it takes longer until the vehicle is fully charged.

However, most owners are unlikely to notice this, as long as the car is charged and ready to go by the time they need to leave for work. Furthermore a standard commute will generally mean there is enough spare battery capacity to allow the car to be taken out for an emergency late-night run, even if it is not yet fully charged.

Setting up such a charging system would not be particularly difficult or expensive. One suggested scenario is for each residence with an electric vehicle to acquire a home charging terminal that the car plugs into, which receives instructions from the utility operator via the household smart meter. This allows the operator to control vehicle charging across the network based on the current network conditions and demand.

If the charging of electric vehicles can be controlled in this manner, then our existing networks will be able to sustain high uptake rates, without any additional investment into grid infrastructure.

Detailed simulations have shown that the same network that started to fail at a 10% uptake with uncontrolled charging is able to sustain more than an 80% uptake when vehicle charging is shifted, using simple optimisation algorithms. Through this sort of demand management, most of our existing networks should be able to handle electric vehicles for decades to come.