People everywhere have been moved by her comments, often to tears. She has been lauded for her demonstration of empathy and understanding of...

People everywhere have been moved by her comments, often to tears. She has been lauded for her demonstration of empathy and understanding of complex, emotionally charged issues that some others reduce to glib slogans.

How is it that the New Zealand prime minister is such a good speaker?

It’s because she is a good listener. Understanding and empathy, so lacking in much political discussion and debate, don’t come from being a good talker. They come from active, empathetic, inclusive listening.

Read more: Finding dignity and grace in the aftermath of the Christchurch attack

Empathy is essential to leadership

I don’t wish to sound like yet another member of a movement to canonise Jacinda Ardern, but she stands as a good example of what people want from politicians. Policy, yes. Leadership, yes. But not a blustering, boasting, blowhard style of leadership focused on self-aggrandisement and berating and beating the opposition – a style of political discourse to which we are all too accustomed.

Leadership studies emphasise empathy. Princess Diana had it. Nelson Mandela had it. That did not make them weak. To the contrary, it made them strong and able to effect change. 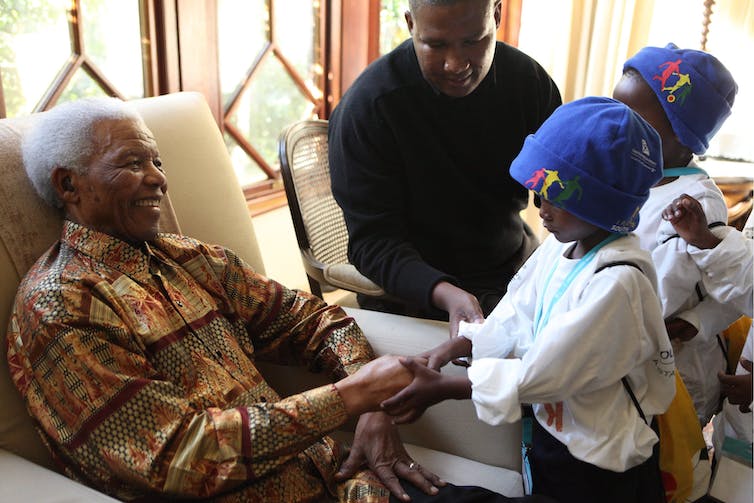 Knowledge is important to produce informed policy. But understanding of people is also vital in a democracy. Understanding their affective (emotional) as well cognitive responses and their deepest concerns, fears and hopes requires listening. And listening to all sectors of society, not only elites and lobbyists.

Not listening is what led to Brexit

A research project I have led over the past four years inside a variety of political, government, corporate and non-government organisations has found 80% to 95% of communication resources are devoted to disseminating messages. That is, speaking, mostly about themselves. As little as 5% of the large investment by organisations in communication is devoted to listening.

Calling the referendum that resulted in Brexit was the result of not listening. The former Conservative government in the UK led by David Cameron did not understand the views and concerns of British people. How could that be when they spent money on research and a bevy of political advisers?

Read more: The road to Brexit: how did the UK end up here?

The problem for Australian politicians facing a federal election in May is that audience and influence of traditional media in Australia, and many Western countries, have been in severe decline for some time.

Journalism remains important – perhaps more important than ever. But many people, particularly young people and some major ethnic communities, get their information, news and advice from social media, peers and other sources.

The major political parties in Australia reportedly had 100,000 to 200,000 members in the 1950s, but that number had shrunk to less than 50,000 by 2013. In the UK, political party registration data reveal that the total membership of the three largest political parties amounts to just 1.6% of eligible voters.

In short, the goal posts and the sites of democratic participation have moved over the past decade or so – from major political parties and traditional mass media to social media, social movements, activist groups, special interest groups and small minority parties.

Read more: Chinese social media platform WeChat could be a key battleground in the federal election

Studies of election campaigns show that politicians use social media primarily for posting slogans and political messages, rather than listening.

While some sites are “echo chambers” frequented by bots and fake accounts, there is also a large body of authentic public opinion voiced every day online – voices crying out to be listened to. There are also new types of community and environmental organisations that fall under the radar of mainstream politics.

It’s time for politicians to #listenfirst, learn and lead.