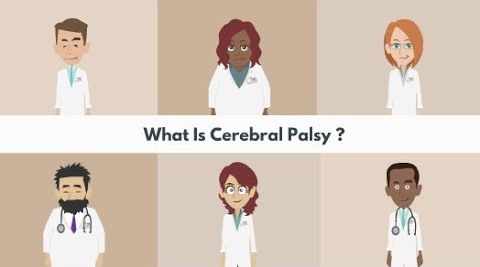 Cerebral palsy makes it difficult for some children to control their movements while others have difficulty moving at all. Someone with cerebral palsy may have difficulty talking, walking or may not be able to sit up without support. The disease is not progressive, which means it does not get worse as the child gets older but there could be physical effects that become more noticeable over time.

Some physical effects are common in people with cerebral palsy. They include:

One of the most common eyesight problems that occurs with cerebral palsy is a squint, which can be correct with glasses. Some children need an operation if the squint is severe.

Cortical vision defect is a condition where the part of the brain that understands the images the child sees is not functioning as it should. The eyes may appear healthy, but the child cannot see correctly. This may lead to learning problems as the child may not be able to unscramble messages the brain receives, especially when it comes to reading.

Children who are diagnosed with athetoid cerebral palsy make erratic movements, especially when in motion. They often have severe hearing difficulties related to their cerebral palsy. This may be because this type of cerebral palsy is caused by damage to the basal ganglia, either before, during, or after birth. This can impact the face, causing uncontrollable movements of facial muscles as well as the tongue.

Another physical effect of cerebral palsy is issues with spatial perception. They have difficulty determining space between their own bodies and other objects. They have difficulty judging distance and are unable to visualize three-dimensional objects. It is related to an abnormality in the brain and has nothing to do with how intelligent the child may be.

There are other physical problems that can occur in a child with cerebral palsy. They include:

In addition to these, co-occuring conditions that are not caused by cerebral palsy, but rather stemming from the same injuries that caused your child’s CP] may also be present. Many of these problems can be treated. It is important to remember that cerebral palsy comes in many shapes and forms each affecting the lives of sufferers differently.

If your child has been diagnosed with cerebral palsy and you believe it was caused by negligence or carelessness on the part of a medical professional, you may want to get legal help to determine your options. Consider contacting a lawyer who specializes in birth injuries so you can learn more about your family’s rights.