Large bills are one of the main reasons people are dissatisfied with their private health insurance – especially when these bills come as a surprise.

Doctors charge what they like, and patients rarely have any information about what they are getting for their money. Even patients with top-level cover are left paying large and unexpected out-of-pocket costs when they use their insurance.

Patients have little power to bargain with their doctors about fees and have almost no information about whether their doctor has higher or lower complication rates than other doctors.

Read more: It's perfectly legal for doctors to charge huge amounts for surgery, but should it be allowed?

A Grattan Institute report released today proposes that patients’ fees should be negotiated between doctors and private hospitals, rather than between the doctor and the patient.

We propose that hospitals issue one “bundled” bill after a patient is treated, rather than the confusing and seemingly ad hoc array of bills patients get at present.

An insured patient would get one bill – from their insurer – which would include their excess and any additional cost the hospital has advised them about in advance.

An uninsured patient would also get a single bundled bill, but from the hospital. 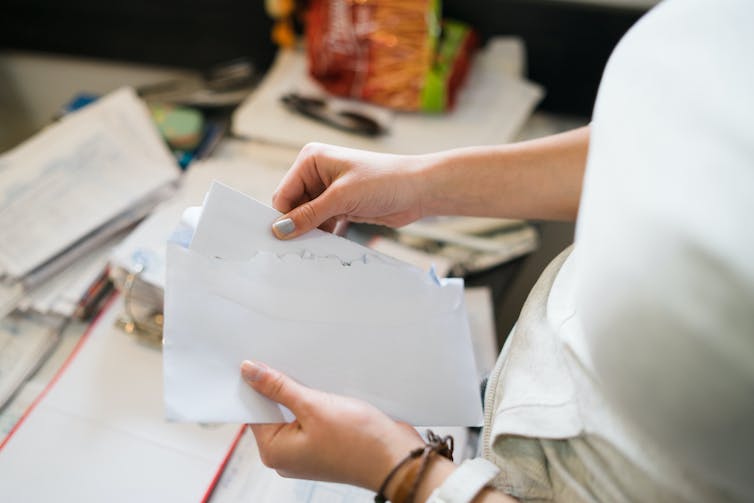 Bill shock is one of the biggest problems Australians have with private health insurance. Miljan Zivkovic

The extra is paid by the patient as an out-of-pocket charge. This results in an incoherent shambles of payments.

Read more: Specialists are free to set their fees, but there are ways to ensure patients don't get ripped off

Patients are in the worst position to negotiate fees with their specialist. Quaint pamphlets which encourage patients to ask their surgeons about fees shift responsibility from those who can effect change – doctors, private hospitals, insurers, and government – to those who can’t: powerless patients.

A handful of doctors is causing the problem

Only about one-quarter of hospital specialists’ services are charged at the Medicare schedule fee or below.

Many doctors feel this government-determined fee is not fair, possibly because it has not been consistently indexed with inflation.

More than two-thirds of services are charged up to 50% above the schedule fee.

But a very small proportion of services (7%) are charged at more than twice the Medicare schedule – and for these services, the average amount charged is more than three times the Medicare fee.

This small number of expensive services account for almost 90% of all medical gaps. The small minority of specialists who charge more than twice the schedule fee should be called out and labelled as greedy.

Read more: Doctors’ fees shouldn't just be transparent, they should be fair and reasonable

To some extent it’s fair that specialists with demonstrably better skills than their colleagues in the same specialty should charge more.

But since neither the public nor specialists have information about relative skill, such as complication rates after taking account of the complexity of the patient, it is hard to justify charging higher fees.

What’s more, higher fees are more prevalent in some locations than others, suggesting the higher fees have nothing to do with either skill or the adequacy of the Medicare Benefits Schedule, but rather are more about what these doctors think the market can bear.

A single bill would help

Bundling medical fees into a single bill would require doctors to negotiate with private hospitals about what the doctor charges.

Hospitals are in a better position than patients to negotiate with doctors about fees. Private hospitals already negotiate about whether to appoint a specialist to the hospital; those negotiations should include consideration of what the doctor will charge patients. 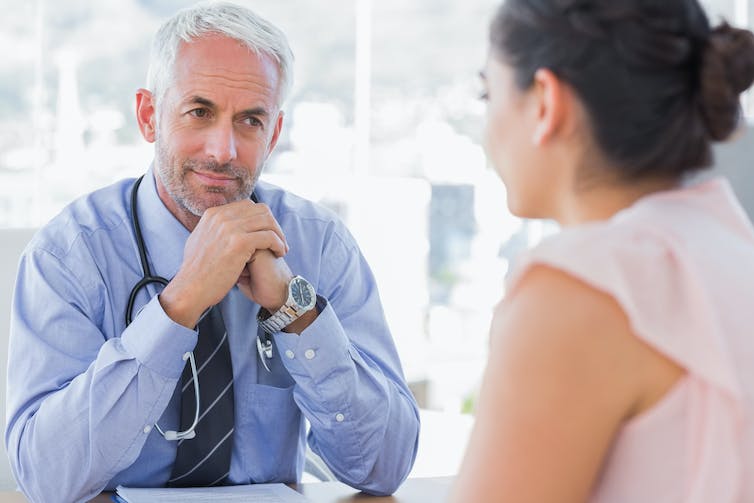 If doctors have to negotiate with private hospitals about the fees they charge, they’re likely to be lower. ESB Professional/Shutterstock

Patients would benefit directly. They would still have choice of doctor but would face fewer and lower out-of-pocket costs for these choices.

Of course, some doctors – especially the greedy billers – would oppose this reform, because it would bring accountability into the medical market. Their squeals should be ignored.