Museums throughout Aotearoa New Zealand feature displays of enormous articulated skeletons and giant eggs. The eggs are bigger than two hands put together. This is all that remains of the moa.

Tracing extinctions that happened centuries ago is difficult, but our collaborative analysis of ancestral sayings, or whakataukī, found that early Māori paid attention to their local fauna and environment and recognised the extinction of these giant, flightless birds that were an important food resource.

After Europeans arrived, some whakataukī used moa as a metaphor for the feared extinction of the indigenous Māori people themselves, which emphasises the powerful cultural impact the extinction of moa had. 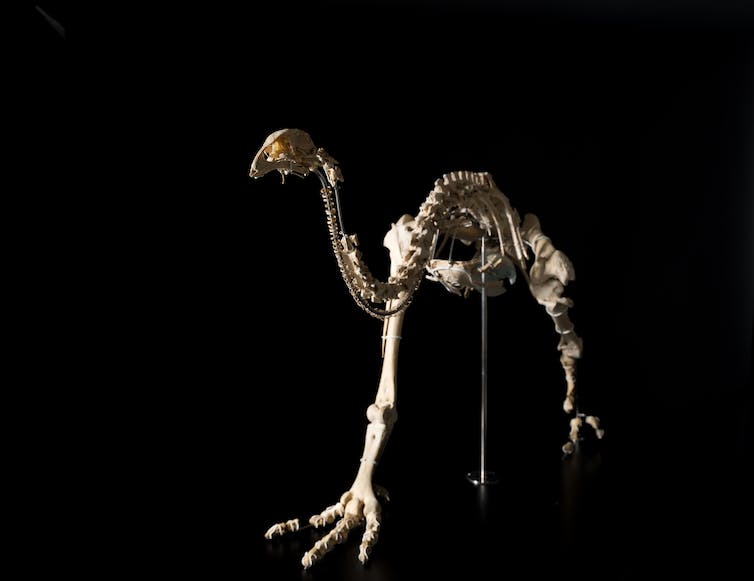 Moa once walked the uplands and forests of Aotearoa New Zealand, before they were hunted to extinction some 500 years ago. Although moa belong to a time long gone, their story still packs a powerful punch. Especially as we attempt to save the many threatened species at risk of disappearing in our own time.

Read more: A sperm race to help save one of New Zealand’s threatened birds, the sugar-lapping hihi

Although we know when moa disappeared, and why, we know far less about how people alive then responded to the giant birds’ extinction. The loss of the world’s big animals – megafauna including mammoths, cave bears, giant kangaroos – is a repeating theme. These extinctions mostly happened so long ago that we can no longer flesh out the relationships humans had with these species, except in bare bones terms.

But New Zealand was one of the last places on earth that people settled (around AD 1280), and Māori oral traditions retain clues about the species these early settlers discovered, and the ecological relationships they forged.

It takes all kinds to study the past. Our team includes a conservation biologist, a linguist, a bioinformaticist and experts in Māori culture. Together, we delved into the wealth of ecological knowledge embedded in Māori oral traditions. We unpicked language cues, historical events and cultural contexts to understand habitats, animals, landscapes and the relationships between them.

Of those that refer to birds, a disproportionate number talk about moa. What they looked like. How they trampled through the forest with their heads in the air. How best to eat them. 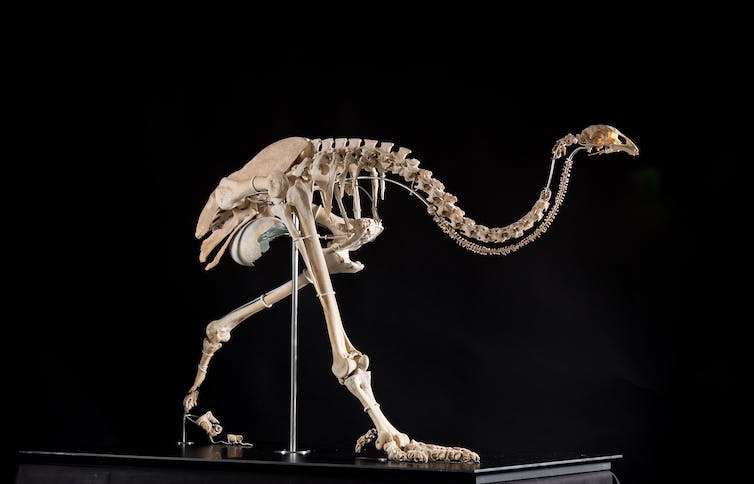 Moa once walked the uplands and forests of Aotearoa New Zealand, before they were hunted to extinction. Kane Fleury / Otago Museum, CC BY-ND

Oral traditions can be highly practical. Māori whakataukī are no exception. Many refer to large birds that made excellent meals, from tītī (muttonbirds) to shags. This tallies with the abundance of bones from large bird species that are found in the rubbish dumps of New Zealand archaeological sites.

But whakataukī tell us more. Sometimes, what is missing from a body of knowledge reveals more than what is actually there. We searched the whakataukī for bird species that became extinct in the first few centuries after Māori arrived in New Zealand. There were none, apart from moa, and the giant eagle, or pouakai, that preyed on moa. Pouakai tracked moa on the highway to extinction. 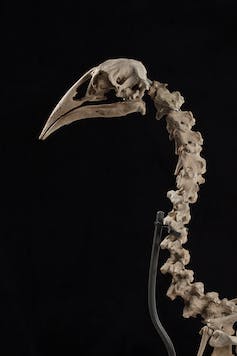 We know that many large bird species existed at this time – giant adzebills, a large goose, the New Zealand raven. But their Māori names are lost. Extinction is reflected in the whakataukī, but sometimes in the gaps.

Losing the names of birds that died out centuries ago illustrates one powerful connection between language, culture and biodiversity. When a species goes extinct, the words and knowledge associated with that species start to disappear from the world, too. This extinction pattern is particularly acute in oral cultures.

In contrast, we still recall the birds that went extinct after European arrival – huia, piopio, koreke (the New Zealand quail), whekau (the laughing owl). The changes wreaked on our environment over the last two centuries remain abundantly clear.

Many whakataukī highlight the disappearance of the moa, a sign that moa represented more than just another extinction. They were a poster species. A hashtag. Many sayings lament the loss of the moa, using different words and different phrasing, but with an echo that repeats over and over. 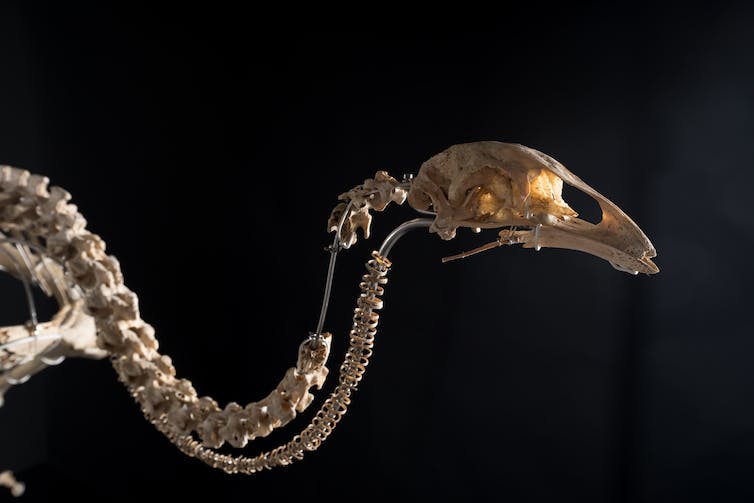 Many sayings lament the loss of the moa. Kane Fleury / Otago Museum

Huna i te huna a te moaHidden as the moa hid

Māori recalled the moa after Europeans arrived, too. Māori were suffering badly from diseases and deprivation in the late 1800s. It was as though the Māori world was being felled along with the forests. There was a very real fear among both Māori and Europeans that Māori people and culture would also disappear, just like the moa.

Thankfully, of course, the Māori world is growing. Its whakataukī speak of ecology and history, but more than this, they highlight timeless issues, as relevant today as when they were written, framed as observations of the natural world. A recurrent underlying reminder is that our own future is directly interconnected with our environment. Let’s listen to the lessons in whakataukī, so we can create an enduring legacy for the future.