A new play by award-winning playwright Patricia Cornelius tackles the prevalence of sexual assault, paying particular attention to Australia’s male-dominated sports culture. The result is a thematically and theatrically engaging piece with a gritty yet grand poetry, relevant to our times.

Cornelius’ play, In The Club, was commissioned by the State Theatre Company of South Australia specifically to explore this topic. It follows three women Annie (Miranda Daughtry), Olivia (Rachel Burke) and Ruby (Anna Steen) on a night out. They’re in a nightclub filled with pretty young things, men and women in their prime and on the prowl.

Each of the women introduce themselves by way of a monologue detailing their sexual experiences and general approach to intimacy. 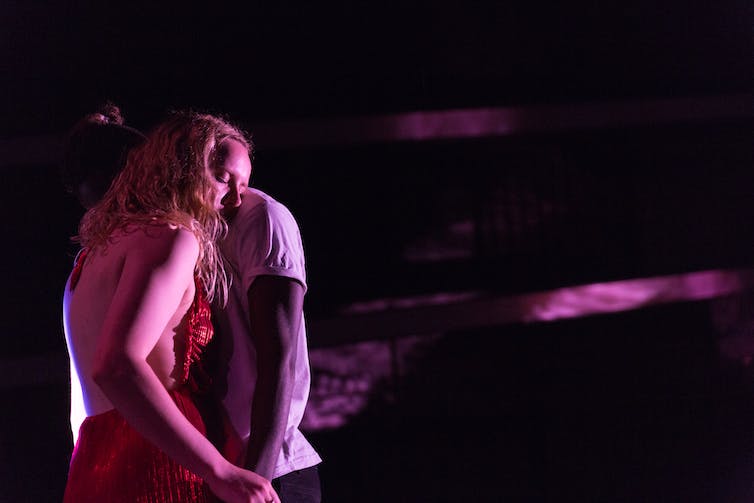 The characters’ experiences intersect at the common setting of a nightclub often frequented by professional footballers, gods among men, “our boys”. The three men, played by Nathan O’Keefe (James), Rashidi Edward (Angus) and Dale March (Sean) form a kind of predatory male chorus throughout the piece.

Miranda Daughtry’s Annie revels in recounting the freedom of her younger years before an awareness of her gender killed her dreams of peak physical achievement. She argues that women tend to relinquish their childhood dreams, allowing them to morph into “some bullshit about marriage and children”. Annie is physically strong and sits with her legs apart, occupying her own, individual space. 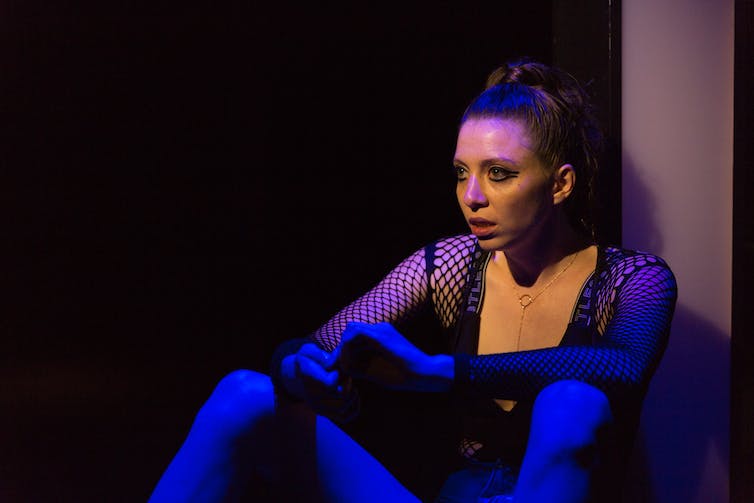 It quickly becomes clear, however, that this is a character in pain. She is grieving the loss of her potential self, a self she claims to have been stolen from her as the result of a confronting experience when she was just 16-years-old.

Next is Rachel Burke as Olivia, a young woman prone to following external pressures around what is expected of her in the sexual arena. She explains her brief relationship history. She entered into one of her two relationships because she thought it was what she was meant to do. She is hesitant to believe in love and has not dared to plumb the depths of her passion with another person.

Ruby (Anna Steen) on the other hand places herself in a position of power. She seeks out pleasure and is an active participant in the exchange of sex. “They use me, I use them.” She details the risks involved in being out on the prowl calling it a fine line that women walk between fun and inviting “rough play”. Ruby represents a rare female archetype, that of a choice-maker who is unburdened by external perceptions. Ruby is in apparent control, Annie is out of control and Olivia is yet to have lost control. 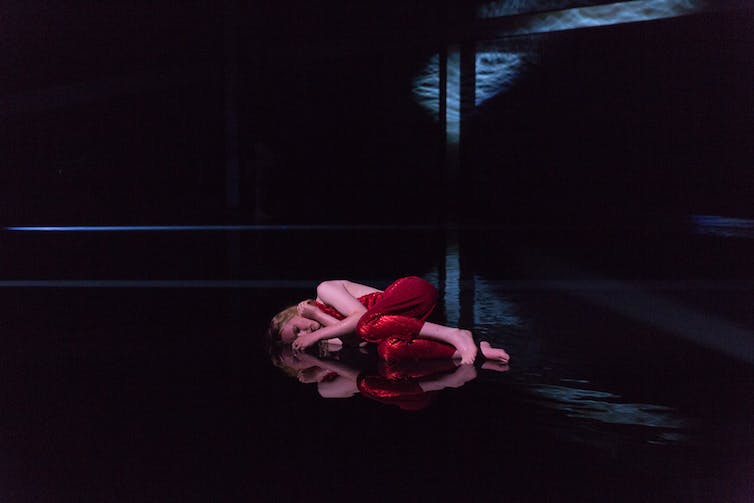 These monologues are delivered on a sparsely decorated set with each of the women sitting on a chair, their faces framed by clear, focused spotlights. The inclusion of water on the stage floor provides a reflective surface and a visceral element through which the actors must wade throughout the show. Sheets of water at the back of stage evoke the imagery of a shower, a time of cleansing, vulnerability, recalibration; when you are forced to interact and engage with your own body. 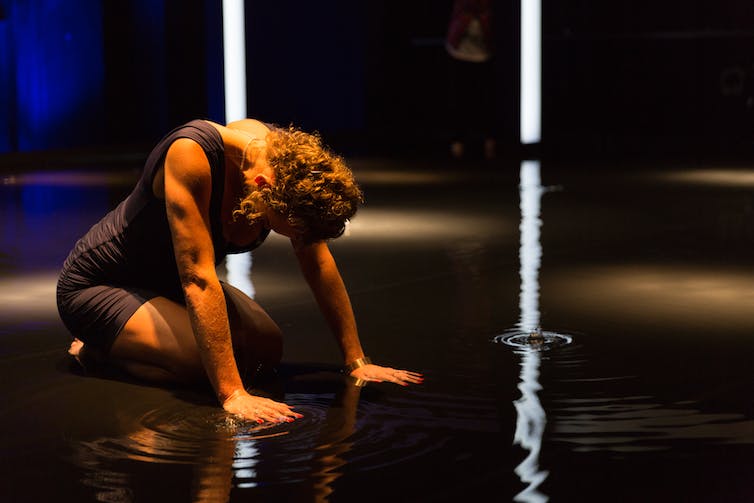 Geoff Cobham and Chris Petridis’ set and lighting design culminate in the form of thick, white lines framing the space - not unlike those you would find on a football field. These straight lines signify boundaries, a complex network of pathways, with several points of intersection.

Ruby cautions against getting involved in any group situations with men, a kind of warning about the dangerous pack mentality personified by the male cast members. 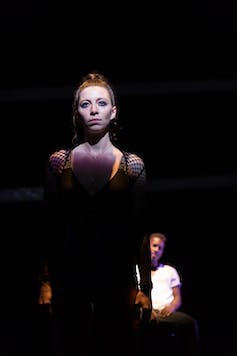 Cornelius’ script packs a punch. It has its finger on the pulse and this pulsating beat and rhythm of the show is translated not only in the soundtrack provided by female electronica composer Gazelle Twin, but also in the actors’ physicality. Primal instincts inform each of the characters’ journeys; a pent-up, barely contained anger bubbling under the surface for each of the men, physically embodied by simple and powerful choreography throughout as well as a deep longing from each of the women, a longing to be held but more importantly, to be heard.

Cornelius’ writing is at once intimate and grand, plosive and poetic, personal and performative. Her characters are nuanced and human, finding themselves in believable situations and conflicts. In the women’s bathroom, the only scene where the three women come together and are not isolated by the male-dominated setting, Cornelius deftly avoids any broad-brushstroke painting of a supportive, accessible, homogenous sisterhood despite the natural gender divide in this work.

It was difficult to find fault with any of the performances by the company’s ensemble, with each actor relishing Cornelius’ writing, attacking each beat with clarity and conviction as well as physically embodying the demanding and relentless rhythm of the work. Director Geordie Brookman has assembled a piece with vivacity and urgency proportionate to the subject matter with which it engages.

In The Club by Patricia Cornelius presented by State Theatre Company of South Australia is now showing at the Odeon Theatre as part of the 2018 Adelaide Festival and will continue until March 18.