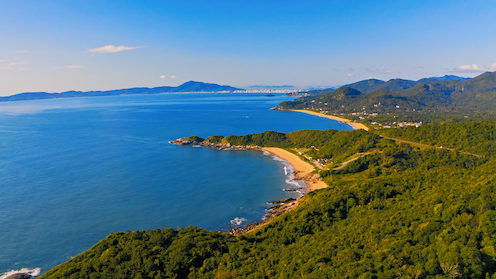 Only about 16% of the world’s coastal regions are in relatively good condition, according to our world-first research released today, and many are so degraded they can’t be restored to their original state.

Places where the land meets the sea are crucial for our planet to function. They support biodiversity and the...

Only about 16% of the world’s coastal regions are in relatively good condition, according to our world-first research released today, and many are so degraded they can’t be restored to their original state.

Places where the land meets the sea are crucial for our planet to function. They support biodiversity and the livelihoods of billions of people. But to date, understanding of the overall state of Earth’s coastal regions has been poor.

Our research, involving an international team of experts, revealed an alarming story. Humanity is putting heavy pressure on almost half the world’s coastal regions, including a large proportion of protected areas.

All nations must ramp up efforts to preserve and restore their coastal regions – and the time to start is right now.

Our coasts are vital – and vulnerable

Many animal species, including those that migrate, rely on coastlines for breeding, foraging and protection. Coastal sites are also where rivers discharge, mangrove forests exchange nutrients with the ocean, and tidal flows are maintained.

Humans also need coastlines. Among other functions, they support our fisheries, protect us from storms and, importantly, store carbon to help mitigate climate change.

As much as 74% of the world’s population live within 50 kilometres of the coast, and humans put pressure on coastal environments in myriad ways.

Read more: Wetlands have saved Australia $27 billion in storm damage over the past five decades

In marine environments, these pressures include:

On land, human pressures on our coastlines include:

To date, assessments of the world’s coastal regions have largely focused solely on either the land or ocean, rather than considering both realms together. Our research sought to address this.

Shipping is among the human activities putting pressure on coastlines. Chad Hipolito/ AP

We integrated existing human impact maps for both land and ocean areas. This enabled us to assess the spectrum of human pressure across Earth’s coastal regions to identify those that are highly degraded and those intact.

Both maps use data up to the year 2013 – the most recent year for which cohesive data is available.

No coastal region was free from human influence. However, 15.5% of Earth’s coastal regions remained intact – in other words, humans had exerted only low pressure. Many of the intact coastal regions were in Canada, followed by Russia and Greenland.

Troublingly, 47.9% of coastal regions have been exposed to very high levels of human pressure. And for 84% of countries, more than half their coastal regions were degraded.

What’s more, human pressures were high in about 43% of protected coastal regions – those regions purportedly managed to conserve nature.

Coastal regions containing sea grasses, savannah and coral reefs had the highest levels of human pressure compared to other coastal ecosystems. Some coastal regions may be so degraded they cannot be restored. Coastal ecosystems are highly complex and once lost, it is likely impossible to restore them to their original state.

Read more: 5 major heatwaves in 30 years have turned the Great Barrier Reef into a bleached checkerboard

Coastal regions containing coral are among the world’s most degraded by human activity. AP

So where to now?

It’s safe to say intact coastal regions are now rare. We urge governments to urgently conserve the coastal regions that remain in good condition, while restoring those that are degraded but can still be fixed.

To assist with this global task, we have made our dataset publicly available and free to use here.

Of course, the right conservation and restoration actions will vary from place to place. The actions might include, but are not limited to:

In addition, there’s an urgent need for national and global policies and programs to effectively managing areas where the land and ocean converge.

Humanity’s impact on Earth’s coastal regions is already severe and widespread. Without urgent change, the implications for both coastal biodiversity and society will become even more profound.

Read more: How Traditional Owners and officials came together to protect a stunning stretch of WA coast