While economists and politicians have celebrated the opening of the trans-Tasman bubble and its promised relief for struggling businesses, it’s also a reminder of something we’ve missed for more than a year now due to the pandemic: the ability to gather and collectively remember the past.

In recent weeks, Muslim New Zealanders have come together to mourn the victims of the March 15 shootings, iwi and hapū have held commemorative services at various New Zealand Wars battle sites, and churches were able to observe Easter.

This Sunday also marks the full return of the country’s most prominent day of remembrance. After widespread cancellations in 2019 due to the Christchurch terror attacks, and in 2020 because of the COVID-19 lockdown, many of this year’s Anzac ceremonies will be the first in over two years.

The revival of these commemorations points to a paradox. Shared memories connect us and our families to collective identities. But they are also a chance to interrogate and adapt. On commemorative days and festivals, we ask ourselves: ko wai tātou? Who are we all together? 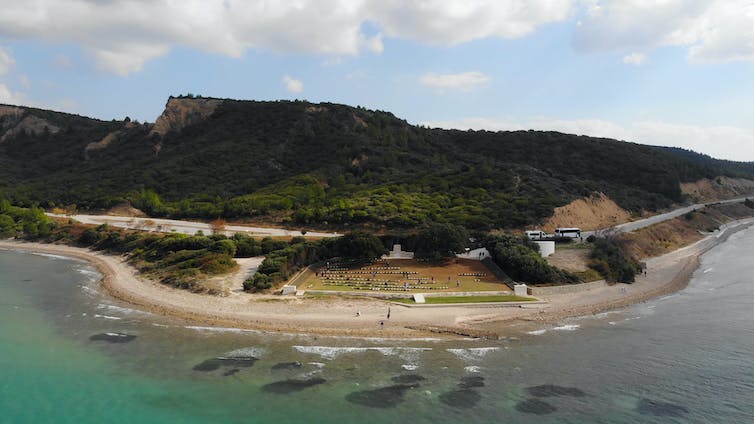 The theme of Māori Television’s 2021 Anzac programming – Te Rongo Toa, The Victory of Peace – seems appropriate for the national mood, even as the pandemic continues to thrash the international community.

My research on Māori Television’s remembrance programs since its inaugural, all-day broadcast in 2006 – Nā Rātou, Mō Tātou, Let’s Honour Them, Together – shows how the broadcaster has reflected the way diverse New Zealanders experience commemoration, neither glorifying military violence nor fixating on an enemy “other” from which to construct our own national identity.

Read more: Anzac Day is also about the right to democratic dissent and those who fought for it

Instead, the laying of a parekawakawa (mourning wreath) by individuals and groups has been one of our most potent acts of belonging. Many participants in the dawn service will wear the medals of their grandparents, a link to a shared past.

And the recent gifting of medals to Māori Battalion whānau points to the ways these small, factory-produced pieces of metal become, through the invocation of collective memory, powerful signs of mana. The importance of Anzac commemoration extends far beyond the rituals of April 25.

The disruption of the pandemic arrived just after the WWI centenary, which saw the largest, most expensive commemorative project ever organised by the New Zealand government. Bumper crowds attended at Anzac Cove in Turkey, dawn services and RSA celebrations across New Zealand and Australia.

But as Australian historian Romain Fathi has pointed out, this high point was swiftly followed by a decline in Anzac Day attendance. Fathi asks whether this lull is an opportunity to rethink the tightly coiled focus of Anzac nationhood, noting the day itself has undergone waves of change in the past century.

New Zealand’s Anzac history shows this, too. To mark the first anniversary of the Gallipoli landing in 1916, for example, the Maunsell family raised the Tīnui cross in the Wairarapa. One of New Zealand’s earliest WWI memorials, it provided a focal point to make sense of the ongoing violence, but also to signal this was a sacrifice that would echo in the landscape itself.

When returned service groups lobbied for post-war reparations, their members thought of themselves not as victims but as citizen-soldiers, with all the rights and obligations that came with that status.

Nowadays, Anzac Day speeches tend to downplay the imperial loyalty that defined New Zealand society’s commitment to the wars. Instead, the focus is on the physical and psychological wounds – communal and personal – left by mass violence. 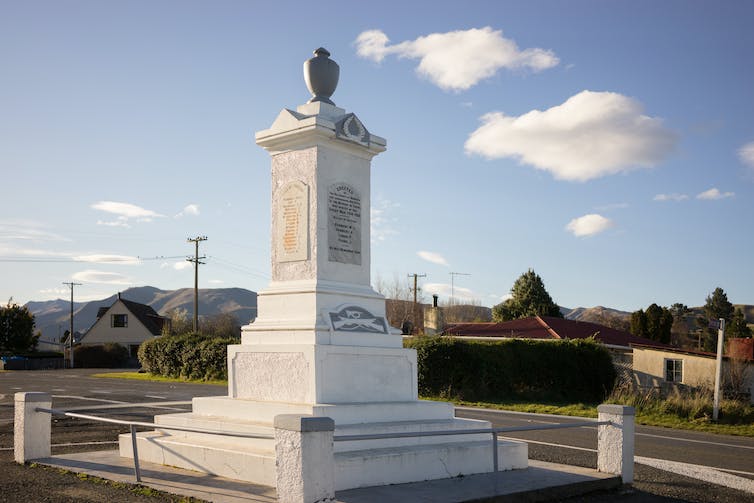 Most New Zealand towns have a WWI memorial – this one is in the little settlement of Dunback in Otago. GettyImages

While the commemoration still retains some of its global resonance, we are more likely to hear about the Anzac “friendship” with our Tasman neighbours than the military alliances of empire.

What remains are the ways in which remembrance represents public sentiment. What we choose as the focus of collective memory is what we hold to be important — an emphasis that can change over time.

During the 1970s and 1980s, for example, protests by anti-war, feminist and Māori rights groups used Anzac Day – with its focus on what protesters saw as the glorification of war and misguided focus on heroism and sacrifice – as a platform to advance wider social criticism.

Read more: Women have been neglected by the Anzac tradition, and it's time that changed

That history of protest has been largely submerged by the enormous popular appeal of the commemoration, especially among young people, since the 1990s. Thousands of young Australians and New Zealanders have flocked to Gallipoli as part of their “overseas experience”.

This form of “remembrance tourism” was encouraged by the Turkish government, which saw the economic and diplomatic benefits of welcoming Australasian pilgrims to Anzac Cove every year. 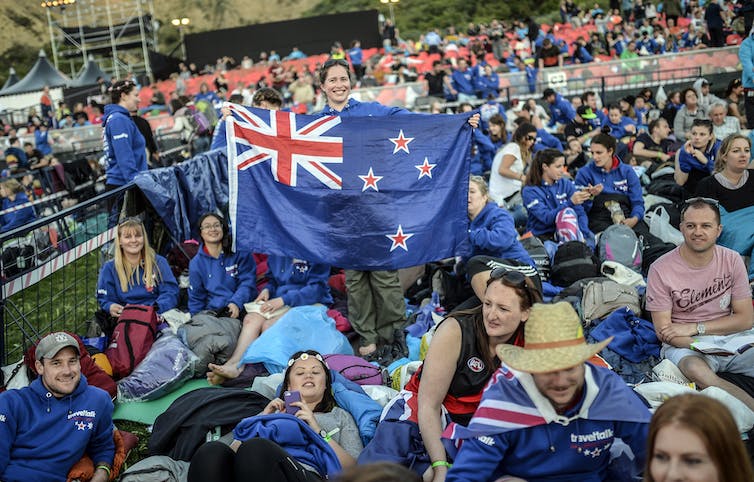 In Aotearoa, Anzac commemoration now looks like it’s changing yet again, though not without its tensions. When the Titahi Bay RSA in Wellington attempted to broaden its commemoration to remember the Christchurch mosque victims with a prayer from the Quran, it was scrapped amid complaints and even online threats of violence.

One could argue the links between anti-fascism and Anzac Day make such an accommodation possible in the future. But this contested nature of commemoration reminds us of how community remembrance, as the late Rabbi Jonathan Sacks argued, can be a source of difference and solidarity:

We need direct encounters with other human beings. We have to be in their presence, open to their otherness, alert to their hopes and fears, engaged in the minuet of conversation, the delicate back-and-forth of speaking and listening.

Days of commemoration provide these kinds of vital encounters, days when we reflect on the meaning of truth and justice and re-enact the relationships of the past.

And despite trans-Tasman animosity over the deportation of New Zealand-born Australians, for better or worse we have a deeply traumatic shared experience in the form of Anzac. As another theme of Māori Television’s programming emphasises: nō tātou te toto, the blood we share.

As borders open again, it’s the collective practices of our communities, as much as consumption through shopping malls and tourism, that are our lifeblood and which are so crucial in the face of global catastrophe — past, present and future.