Isolation is a common theme in cinema: stranded on an island (Cast Away), in space (Gravity or The Martian), on a boat (Life of Pi), stuck in the desert (127 hours), or simply confined to an apartment (Rear Window). But what about when the filmmakers themselves are stranded?

Luckily, most of us are carrying sophisticated cameras in our pockets and have easy access to online film libraries and creative collaborators.

As psychoanalytic approaches to filmmaking reveal, our screens have a unique ability to see beyond reality. Our screens reach into the deepest depths of our desires, fantasies, and emotional landscapes.

Here are five approaches to filmmaking that can challenge our perception of the world, from the (dis)comfort of your own home:

I’m not referring to the kind of YouTube vlogging that made Jenna Marbles a millionaire, nor the diary room confessional of Big Brother, but a visual rendition of expressive journal keeping.

Avant-garde filmmaker Jonas Mekas pioneered the film diary in the 1960s by experimenting with the camera’s limits – incorrect exposure, disorderly movement, re-arranging time, and injecting a poetic voice. The challenge here is to portray your inner experience and not let the recording device simply “capture” it.

If diaristic wanderings prove difficult, Gillian Leahy’s My Life Without Steve is a beautiful example of what can be achieved in a single apartment. The reflective narration from protagonist Liz guides us through emotional turmoil, memory, and theories of lost love.

Additionally, the meticulous still-life compositions by cinematographer Erika Addis, entirely restricted to the apartment space, offer an intimacy and familiarity beyond words: streetlights dancing on the water, a steaming kettle, floral wallpaper … 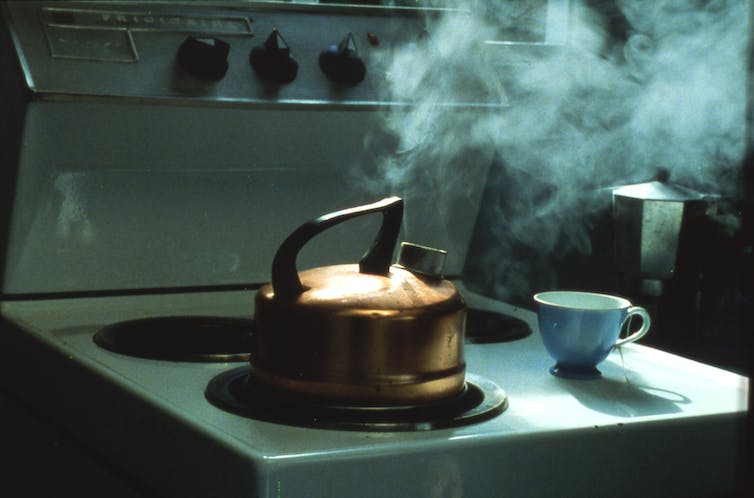 Still image from My Life Without Steve (1986) directed by Gillian Leahy. Ronin Films

Sometimes the location can be more significant than the person. This is certainly the case in films documenting imprisonment such as Berhouz Boochani’s experience of Manus Island detention centre in Chauka, Please Tell Us The Time, or Jafar Panahi’s discrete autobiography This Is Not A Film recorded under house arrest in Iran. In 2015, The Wolfpack told the unusual tale of seven brothers confined to a New York apartment with Hollywood movies as their window onto the world.

Isolation offers an opportunity to interrogate the politics of home. The 1970s feminist movement gave rise to scathing critiques of gender-based domestic roles. Martha Rosler’s video art performance Semiotics of the Kitchen has inspired generations of classroom appropriations. The crude infomercial inspired performance undermine both the authority of the camera and the kitchen as a space of domination.

Chantal Akerman’s Jeanne Dielman, 23, Quai du Commerce, 1080 Bruxelles, also released in 1975, offers a less obvious subversion of domesticity. The protagonist is a single mother undertaking sex work as part of her daily routine to provide for her child. Rather than sensationalising prostitution, the camera respectfully captures the subtle gestures and emotions of the working mother.

Collaborative approaches to filmmaking were pioneered by visual anthropologists attempting to accurately and ethically record foreign cultures. Handing the camera over was seen as a way to access insider knowledge. YouTube and Instagram could be considered large-scale collaborative media projects. More coherent and meaningful projects focus on a particular theme or creative parameter.

User-generated content (UGC) and fan-based creations have since become common to the genre, such as The Johnny Cash Project, Shrek Retold, and Man With A Movie Camera: The Global Remake.

Joseph Gordon-Levitt’s HitRecord is one of the most innovative UGC platforms with more than 750,000 contributors and the opportunity to get paid if the production makes money. By investing in personal contributions, the audience gains a sense of proprietorship over the project and boost distribution through their social networks.

The best examples of collaborative media are highly curated and elaborately produced. The National Film Board of Canada (NFB) and Katerina Cizek have produced a series of ambitious multimedia compilations under the Highrise projects. Of these projects, Out My Window is perhaps the most relevant to our current experience, featuring 13 participants from around the globe sharing personal stories from their highrise homes.

Collaborative media offers a multitude of voices to common themes and experiences. The trick to maintaining cohesion and continuity is to formulate detailed instructions for how to contribute.

Highrise / One Millionth Tower | National Film Board of Canada.

Found footage documentaries are composed entirely from existing media. The recent surge in this genre such as Apollo 11, Maradona, Amy, and The Final Quarter about footballer Adam Goodes, all demonstrate that filmmakers need not touch a camera to produce a cinematic masterpiece.

While we may not individually be able to acquire rights to copyrighted material, most of us are unwittingly accumulating extensive media archives of our lives. The popular 1 Second Everyday app demonstrates how existing phone footage can be transformed into a revealing and enthralling sequence through rhythm-based montage.

Machinima (machine-cinema) is an innovative alternative to animation, in which detailed 3D graphics engines of computer games are used as cinematic stages. Most of the productions in this genre mimic mainstream comedy and action movies but there are a few examples of how the artform can interrogate our relationship to virtual worlds.

Nominated for the “Weird” category of the Webby Awards for online excellence, the narrator of Grand Theft Auto Pacifist navigates the ultra-violent game world, understood as an extension of our lived society, in a hilarious experiment to see if he can exist peacefully.

But be warned, the first person I knew to go down the machinima path disappeared without a trace for two months, lost to the World of Warcraft.

The ½ – since it’s not for everyone

Lastly, my half recommendation. While not something I can recommend to students, during this difficult period of social distancing those of us fortunate enough to be isolated with loved ones might use the opportunity to master the elusive art of sexual desire … erotica. 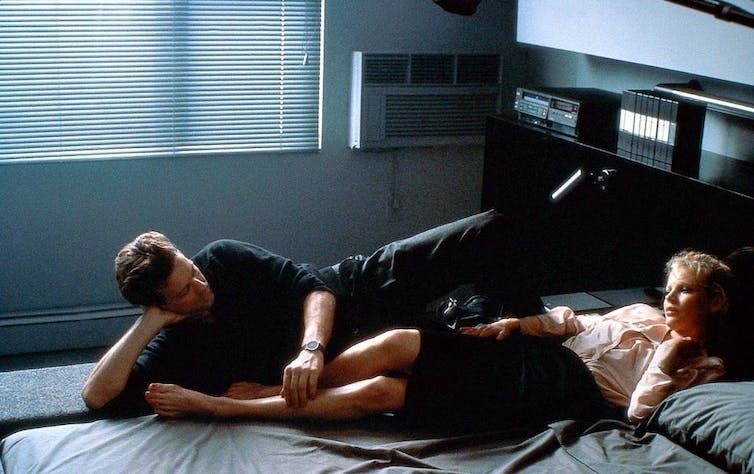 Again, the camera need not be enslaved as a witness but can be recruited to explore the psychological and physical playing field of our desires.

And not all of your filmmaking need be shared around.