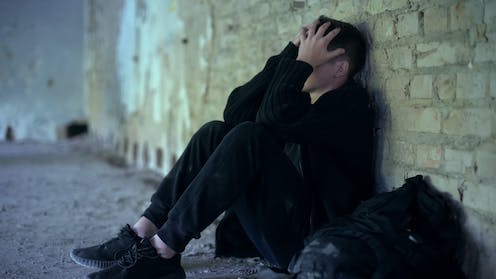 Adolescents are consistently identified as perpetrators of violence against family members. We know this from a decade of Victorian court and police data. Victoria’s Royal Commission into Family Violence also highlighted the growing recognition that adolescent perpetration is a serious concern.

Further, findings by the Australian Institute of Criminology indicate that adolescents in contact with police for violence often have further contact soon after, including for breaches of protection orders. Victorian Crime Statistics Agency figures also recently confirmed what we’ve known for some time: adolescent perpetrators often experienced violence as a child.

But what we have known little about is how effectively the civil justice response – the predominant response in some jurisdictions – deals with this issue. The Positive Interventions for Perpetrators of Adolescent violence in the home (PIPA) project, released this week, finds the civil response in Victoria is often ineffective and sometimes damaging in dealing with adolescents.

This is because police and court mechanisms are failing to account for perpetrators’ age, the relationship of trauma to their behaviour, and their capacity to understand orders or avoid breaching. It is also because there is sometimes more concern the system will come under scrutiny for not doing enough than for the risk to vulnerable families.

In our research, we reviewed 385 court and legal files and spoke to over 150 practitioners across three Australian states. Victorian files revealed cases involving serious risk, but also matters where an adolescent’s behaviour did not appear to meet the legal definition of family violence but an interim order was imposed nonetheless.

Around 25% of court files involved adolescents identified as on the autism spectrum. These families were highly distressed by system intervention. Some feared their other children might be removed. This fear overtook their hope for much-needed support for the child causing harm.

At the other end of the scale were cases involving violence by adults as well as children, but it was the children who were targeted for intervention.

In some files, lawyers detected parental misuse of the system and referred matters to the Children’s Court Clinic for assessment. This confirmed these children had been brought to court as perpetrators, but were in fact the victims of current abuse. The system inadvertently colluded in this abuse instead of addressing it.

One-third of cases involved adolescents excluded from home, but with no legal requirement to consider safety in relation to where they were placed. Similarly, despite orders against children under 14 being imposed regularly, legislation does not require that their capacity to understand these orders be considered. This contrasts with a criminal law principle that the capacity of children under 14 to understand the nature of an offence must be considered.

Further, high rates of trauma and disability among children identified as perpetrators make it even less likely they will comply with orders or regulate their behaviour. At its simplest, this means our system is sometimes imposing intervention orders on 13-year-olds who are on the autism spectrum, or who have histories of profound trauma, and then wondering why they return to court for failing to comply.

Our findings are not critical of police or courts. Most are desperate for more options. Rather, the settings of the current civil response are not equipped to deal with the complexity that adolescent family violence involves.

Criminal mechanisms are not the alternative, either. This is because criminal justice system involvement is a known predictor of future involvement, despite the additional support that diversionary measures sometimes afford.

Nor is the answer to exclude certain forms of perpetration from legislative definitions. While this may mean children are not inadvertently captured in a one-size-fits-all response, it also means the behaviour is not recognised or tracked by the system at all. As a result, families are left to struggle in even greater isolation.

Rather, our research shows that more nuance and discretion, legislative checks and balances, and whole-of-family risk assessment are needed. We should track the rate of adolescent perpetration, but also respond to what sits behind it. This is to ensure children do not suffer from responses designed to deal with adult perpetrators.

If families are deterred from seeking help because they know the system’s intervention may make things worse, we will never have reliable figures on adolescent perpetration. Addressing this is a crucial step towards helping affected families feel supported and safe.