Amid coronavirus chaos, the Victorian government announced its decision earlier this week to lift the ban on onshore gas exploration, but also to make the temporary state-wide ban on fracking permanent.

This decision was made three years after an investigation found gas reserves in the state could be extracted without any environmental impacts, and new laws will be introduced to parliament for drilling to start in July next year.

The state government first introduced the moratorium (temporary ban) on onshore conventional and unconventional gas production in 2017, enshrined in the Mineral Resources (Sustainable Development) Act 1990. It effectively made it an offence to either conduct coal seam gas exploration or hydraulic fracturing (fracking) until June 2020.

The ban was originally imposed amid strong concerns about the environmental, climate and social impacts of onshore gas expansion. But lifting the ban to allow conventional gas exploration while banning fracking and unconventional gas (coal seam gas), doesn’t remove these concerns.

The fracking ban isn’t so permanent

The new laws seek to do two things: lift the ban on conventional onshore gas production, and to entrench a ban on fracking and coal seam gas exploration into the state constitution.

The government has stated it wants to make it difficult for future governments to remove the fracking ban. But this is highly unlikely to be legally effective. Unlike the federal constitution, the Victorian constitution is an ordinary act, and so it can be amended by another legal act. 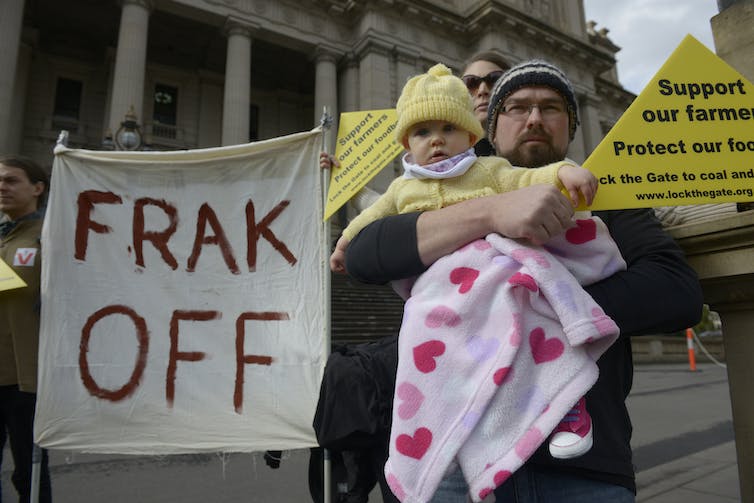 The only way entrenching an amendment in the state constitution so that it is permanent and unchangeable is if it relates to the operation and procedure of parliament. And fracking does not do this.

This raises the spectre of a future government removing the fracking ban in line with an accelerating onshore gas framework.

Conventional gas can generally be extracted without the need to frack, as gas can move to the surface through gas wells. To release unconventional gas, particularly shale gas, fracking is always required.

Read more: Explainer: what is energy security, and how has it changed?

Fracking technologies risk water quality from ground disturbances, spills, the release of chemicals and other fluids, and the underground migration of gases and chemicals.

So lifting the conventional onshore gas ban while keeping the fracking ban will mean less risk to the environment. But extracting conventional gas is still risky.

Extracting conventional gas risks fugitive emissions. This refers to greenhouse gases, such as methane, that can escape into the atmosphere during mining fossil fuels, such as from equipment leaks, deliberate or accidental venting, or from gas flaring.

Precise measurements of the fugitive emissions from onshore conventional gas production are difficult to predict, but their effect on climate change is alarming.

This means any expansion of onshore conventional gas must be accompanied by strict management and regulation. But there’s no industry-wide code of practice in Victoria focused on reducing this emissions risk.

The proposed laws follow the conclusions of a three-year study that reviewed the climate, environmental, economic and social impacts of gas exploration in Victoria.

It also suggested expanding gas development would contribute between only 0.1% and 0.2% of Victoria’s annual greenhouse gas emissions, and that this wouldn’t affect Victoria’s 2050 net-zero target.

What’s more, this assessment completely ignores emissions released through increased gas usage within the community. Globally, CO₂ emissions from natural gas use rose almost 200 million metric tons in 2019 and were responsible for two-thirds of the global emissions increase.

What it means for the community

The report predicts 242 jobs, A$312 million in gross regional product and A$43 million in royalties for Victoria. But overall, gas prices in the east coast market won’t change.

The additional 128-830 petajoules (a joule is a measure of thermal energy and a petajoule is a million billion joules) that is potentially capable of being produced by lifting the moratorium will not be enough to address the forecast shortfall. 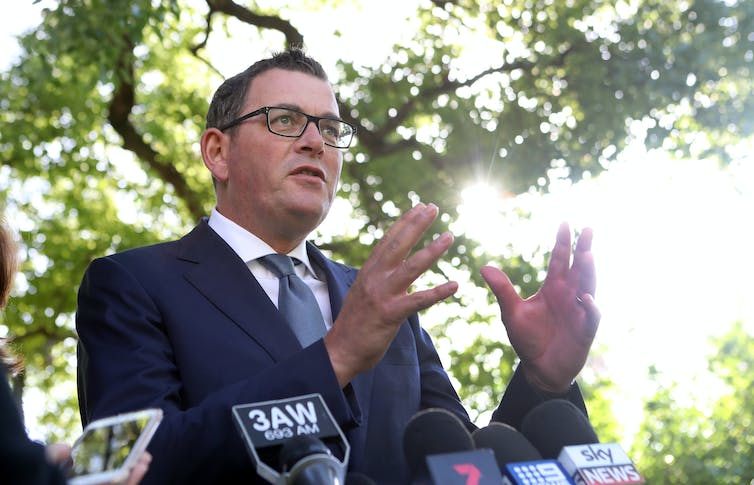 For the communities around the gas exploration sites, the report indicates the social impact of lifting the moratorium would be manageable.

The report indicates that 80% of the south-west and Gippsland communities – from more than 800 engagements with industry, farmers, local school students, and environmental community groups – either supported or tolerated onshore conventional gas development if noise or disturbances were appropriately addressed through regulation. But industry wide codes of behaviour are yet to be implemented.

Lifting the ban on onshore conventional gas in Victoria comes at a time when the need to reduce greenhouse gas emissions is profoundly important.

Climate change is accelerating. While gas may be an important resource as we transition to renewable energy, accelerating its production, particularly in the absence of stringent regulatory controls, comes at a very high price.