There is growing evidence that Earth’s systems are heading towards climate “tipping points” beyond which change becomes abrupt and unstoppable. But another tipping point is already being crossed - humanity’s capacity to adapt to a warmer world.

This season’s uncontrollable bushfires overwhelmed the nation. They left 33 people dead, killed an estimated one billion animals and razed more than 10 million hectares – a land area almost the size of England. The millions of tonnes of carbon dioxide the fires spewed into the atmosphere will accelerate climate change further.

Humans are a highly adaptive species. In the initial phases of global warming in the 20th century, we coped with the changes. But at some point, the pace and extent of global warming will outrun the human capacity to adapt. Already in Australia, there are signs we have reached that point. 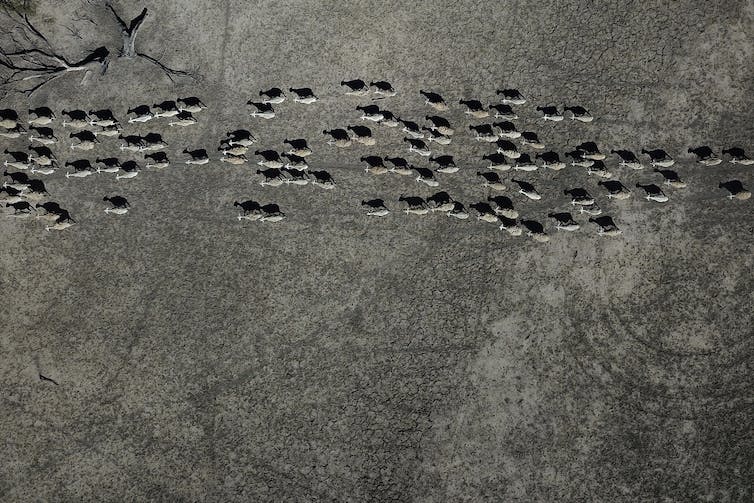 Climate change and its effects, such as drought, challenge the human capacity to adapt. Dean Lewins/AAP

For Australia, the first obvious tipping point may come in agriculture. Farmers have gradually adapted to a changing climate for the last two decades, but this can’t go on indefinitely.

Take wine grapes. In the space of just 20 years, a warming climate means grape harvest dates have come back by roughly 40 days. That is, instead of harvesting red grapes at the end of March or early April many growers are now harvesting in mid-February. This is astounding.

The implications for wine quality are profound. Rapid ripening can cause “unbalanced fruit” where high sugar levels are reached before optimum colour and flavour development has been achieved.

Read more: In this new world of bushfire terror, I question whether I want to have kids

To date, wine producers have dealt with the problem by switching to more heat-tolerant grape varieties, using sprinklers on hot days and even adding water to wine? to reduce excessive alcohol content. But these adaptations can only go so far.

On top of this, the recent fires ravaged wine regions in south-eastern Australia. Smoke reportedly ruined many grape crops and one wine companies, Tyrrell’s Wines, expects to produce just 20% of its usual volume this year.

At some point, climate change may render grape production uneconomic in large areas of Australia. 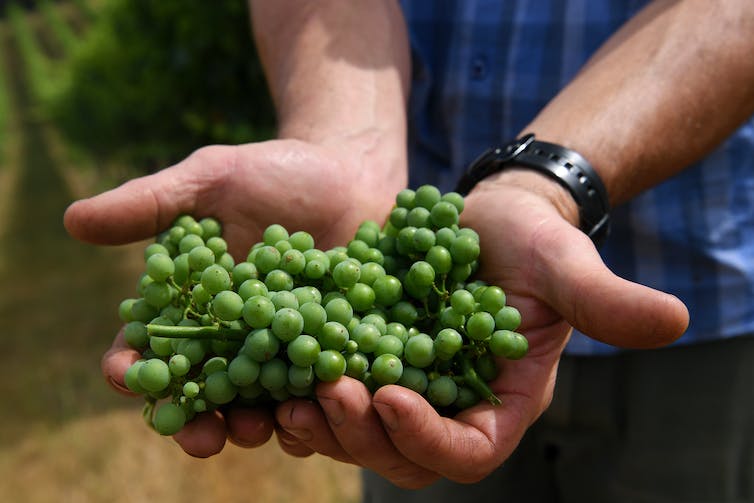 Farmers are used to handling drought. But the sequence of droughts since 2000 – exacerbated by climate change – raises the prospect that investment in cropland and cropping machinery becomes uneconomic. This in turn will negatively impact suppliers and local communities.

The problems are most severe in relation to irrigated agriculture, particularly in the Murray–Darling Basin.

In the early 1990s, it became clear that historical over-extraction of water had damaged the ecosystem’s health. In subsequent decades, policies to address this – such as extraction caps – were introduced. They assumed rainfall patterns of the 20th century would continue unchanged.

Read more: Australia's bushfire smoke is lapping the globe, and the law is too lame to catch it

However the 21st century has been characterised by long periods of severe drought, and policies to revive the river environment have largely failed. Nowhere was this more evident than during last summer’s shocking fish kills.

The current drought has pushed the situation to political boiling point - and perhaps ecological tipping point. 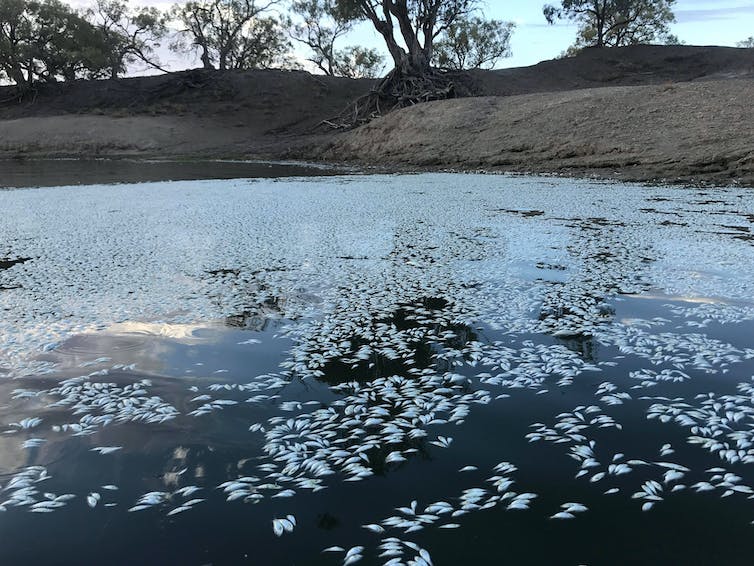 Thousands of dead fish at Menindee Lakes in the Murray Darling river system underscored the effect of drought. AAP/Supplied

Tensions between the Commonwealth and the states have prompted New South Wales government, which largely acts in irrigator interests, to flag quitting the Murray Darling Basin Plan. This may mean even more water is taken from the river system, precipitating an ecological catastrophe.

The Murray Darling case shows adaptation tipping points are not, in general, triggered solely by climate change. The interaction between climate change and social, political and economic systems determines whether human systems adapt or break down.

The importance of this interplay is illustrated even more sharply by Australia’s failed electricity policy.

Political and public resistance to climate mitigation is largely driven by professed concern about the price and reliability of electricity – that a transition to renewable energy will cause supply shortages and higher energy bills.

However a failure to act on climate change has itself put huge stress on the electricity system.

Hot summers have caused old coal-fired power stations to break down more frequently. And the increased use of air-conditioning has increased electricity demand – particularly at peak times, which our system is ill-equipped to handle.

Finally, the recent bushfire disaster destroyed substantial parts of the electricity transmission and distribution system, implying yet further costs. Insurance costs for electricity networks are tipped to rise in response to the bushfire risk, pushing power prices even higher.

So far, the federal government’s response to the threat has been that of a failed state. A series of plans to reform the system and adapt to climate change, most recently the National Energy Guarantee, have floundered thanks to climate deniers in the federal government. Even as the recent fire disaster unfolded, our prime minister remained paralysed. 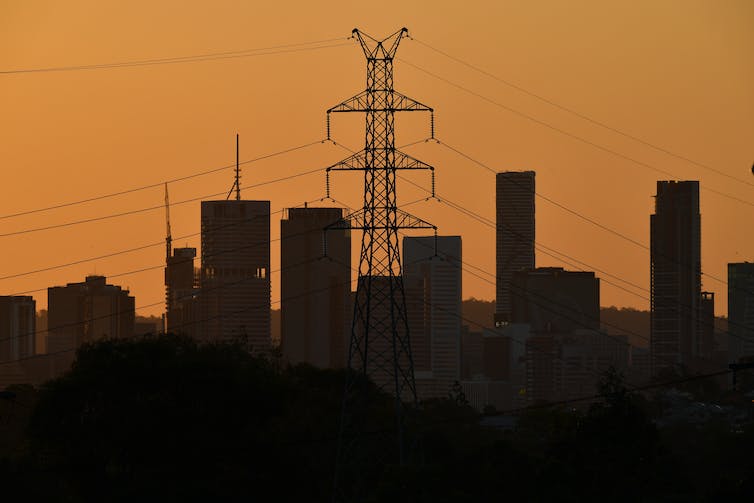 Failure to act on climate change is putting pressure on our electricity systems. Darren England/AAP

Australia is not alone in facing these adaptation problems – or indeed in generating emissions that drive planetary warming. Only global action can address the problem.

But when the carbon impact of Australia’s fires is seen in tandem with recent climate policy failures here and elsewhere, the future looks very grim.

We need radical and immediate mitigation strategies, as well as adaptation measures based on science. Without this, 2019 may indeed be seen as a tipping point on the road to both climate catastrophe, and humanity’s capacity to cope.

Read more: Scientists hate to say 'I told you so'. But Australia, you were warned