Bill Shorten promised a plebiscite on Australia becoming a republic if he won the 2019 federal election. That did not happen but it is interesting to imagine what the result of such a vote would have been.

On the one hand, membership of the chief lobby group, the Australian Republic Movement, has been growing steadily since 2015. For monarchists, however, the popularity of the Princes William and Harry and their young families has been seen as crucial to maintaining the royal link.

This is why the decision of Harry and his wife Meghan Markle to “step back” from their position as senior royals and split their time between North America and Britain is significant.

A large part of the couple’s appeal is that they appear relatable when compared to the Queen or Prince Charles. It certainly is relatable for a couple in their 30s with a young family to want to move from home and be financially independent. The catch for monarchists is that much of the couple’s popularity comes from their rejecting traditional royal roles.

Harry’s public image has been carefully stage managed by Buckingham Palace. With his father, brother, nephews and niece all ahead of him, it is unlikely he will ever assume the throne. Nevertheless, he remains one of the most recognisable royals and is key to how the public, in Britain and Australia, sees the royal family.

As a younger man, Harry had a reputation for wild parties and was notoriously spotted wearing a Nazi uniform. His career in the military and his advocacy for wounded soldiers, however, have endeared him to many. His marriage to a popular actor was a further coup for the royal marketing team.

The Queen is the longest serving British sovereign, having reigned for 67 years. There has long been concern that her son, and next in line to the throne, Charles, does not share her popularity. Monarchists fear that his reign could spark republican movements around the Commonwealth and even in Britain. 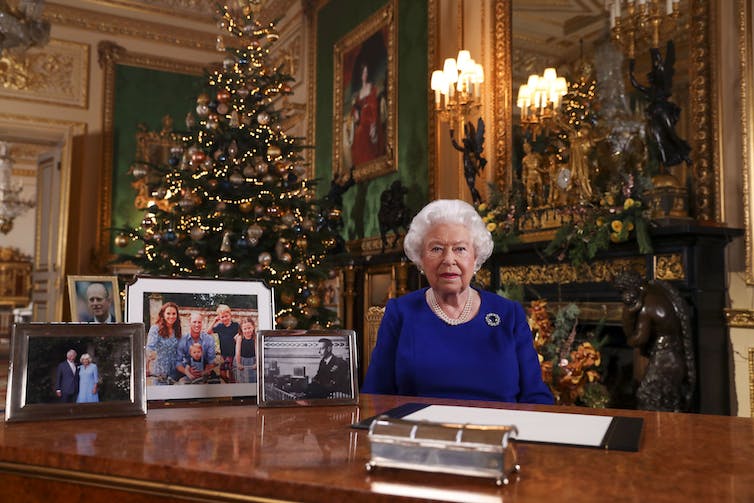 Britain’s Queen Elizabeth II recording her annual Christmas broadcast in Windsor Castle, on 24 December 2019. There is no photo of Harry on her desk. EPA/Steve Parsons/Press Association

The disturbing details of Prince Andrew’s relationship with sex offender Jeffrey Epstein have further eroded the reputation of the royal family. As a result, the roles of William and Harry as the public faces of the monarchy are seen as crucial. It is regularly rumoured the Queen may even bypass Charles to give the crown to William.

In this context, the decision of Harry and Meghan to step back and the perception that they, particularly Meghan, have been poorly treated by the royal family is a gift to republicans.

Australia’s relationship with the monarchy is complex. In the colonial era of the 19th century and the dominion era, until the middle of the 20th, the royals were seen as the epitome of Britishness. Crucially, Australians overwhelmingly also saw themselves as British.

The most spectacular example of a royal stepping back from their duties during this period was when Edward VIII abdicated in 1936. His decision to pursue a relationship with divorced, American, socialite Wallis Simpson caused a constitutional crisis. Australian prime minister Joseph Lyons concurred with other commonwealth leaders that she would not be accepted as queen so the king must abdicate.

Despite the scandal, it was never seriously proposed then that Australia should cut its ties with the British monarchy. This is a key contextual difference to today’s situation.

Harry and Meghan’s decision comes at a time when Australians are talking very seriously about becoming a republic, although recent polling has provided mixed results. A February 2018 poll by Research Now found 52% supported a republic with 25% unsure and just 22% supporting the monarchy.

A Newspoll in November 2018, just after a royal tour by Harry and Meghan, found only 40% supported a republic with 48% against. This was the first time since 1999 that a poll found more people opposed the change. 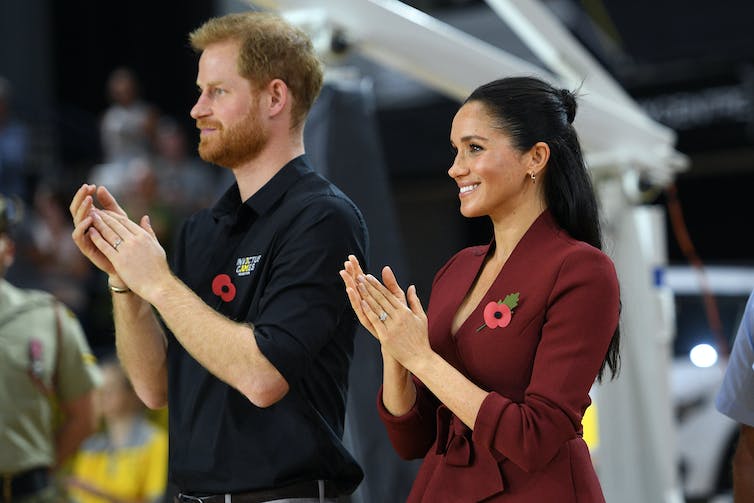 Britain’s Prince Harry, the Duke of Sussex and his wife Meghan, the Duchess of Sussex, at the Invictus Games in Sydney in 2018. Dan Himbrechts/AAP

In 2019, it was even reportedly proposed that Harry might be made the governor-general of Australia. This move would have potentially boosted royal support but was ultimately dismissed.

With the future of the monarchy uncertain, Buckingham Palace appears disappointed with Harry and Meghan. An official statement noted “these are complicated issues that will take time to work through”. Reading between the lines, it’s likely the decision - reportedly made without consulting the Queen or Prince Charles - hurt.

The monarchy has transformed itself over the last century. Issues like divorce and marrying an American (both forbidden for Edward VIII) have been gradually, perhaps grudgingly, accepted. Its chameleon-like nature has let it survive from the age of empires to the age of democracy.

In principle, the issue of a republic (in Australia or Britain) is separate from the personalities of the royal family. Regardless, if Harry and Meghan are seen as separated from the monarchy, or worse yet, victims of it, its long term survival is threatened.