Australian writer and broadcaster Clive James has died at 80 years of age after a long illness.

Along with Germaine Greer, Barry Humphries and Robert Hughes, he was known as part of an elite group of “brilliant creatures” that emerged out of Australia at a cultural moment of change in the mid 20th century.

He will be remembered for his dry wit, distinctive voice and his unlikely yet hugely appealing screen presence. 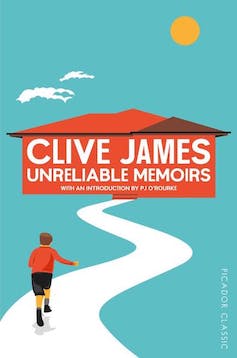 Pan Macmillan There was much to admire about the proud kid from Kogarah in Sydney’s south, not least the breadth and energy of his writing. His collections about growing up, Unreliable Memoirs, began in that small and apparently unremarkable spot of suburbia, continuing on into future volumes to cover young adulthood, university, the big trip to Blighty, and beyond. There was always something so distinct about James’ Australianness. Although he’d been away much longer than he’d been at home, his connection to the culture of his birthplace remained. In an interview with the Australian Women’s Weekly in 1980, James explained the appeal: Australians have made me laugh all my life. I don’t mean the crude jokes. It’s a blend of two things, that marvellous low voice you keep hearing and the language. It’s a combination of strength and sexiness. It’s a good combination. The marvellous low voice of Australia serves as an excellent euphemism for defiance and dignity. James embodied it when as young Vivian James, as he was born in 1939, renamed himself Clive and began to question, observe and ultimately argue for a different way to see the world. The difficulty of leaving Australia was more the fear of returning and finding the country you left had left you behind, said James in 1983.A hugely prolific writer who continued to publish books, essays, columns, poems and opinions until the end (including a forthcoming anthology The Fire of Joy to be released next year), one of his greatest strengths was finding the beauty in television. Watching with love and nuance As the television critic for The Observer from 1972 to 1982, he took what many then (and still now) consider to be the lowest form of public entertainment and gave it a good seeing to. Following the academic and commentator Raymond Williams, who James called “the most responsible of television critics”, he reviewed everything from drama to talent and talk shows, always with his steady “low voice” that never quite let on what he loved and loathed. 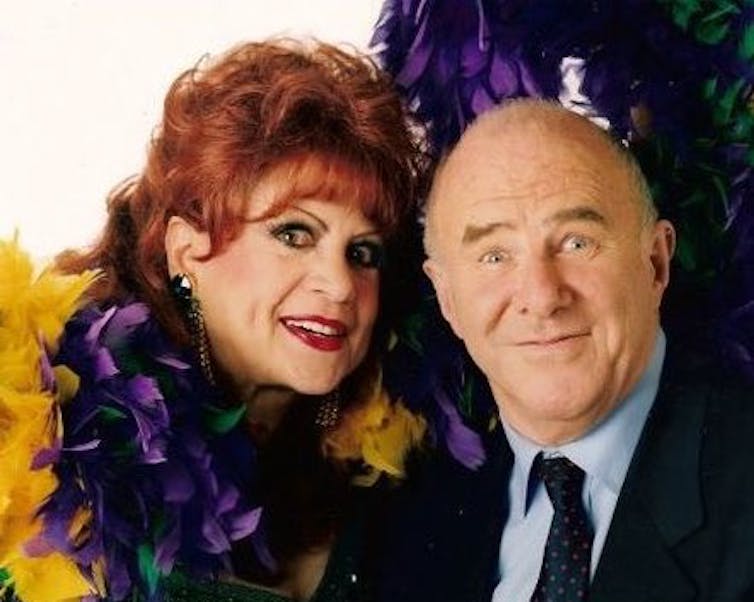 Margarita Pracatan tweeted a heartfelt tribute to James, with whom she shared the screen. Margarita Pracatan/Twitter In his 1972 review of the BBC’s broadcast of Miss World called Liberating Miss World, James noted that the pageant participants “find host [Michael Aspel] wonderful because they’ve been told to” – leaving just enough ambiguity to make us wonder who the real butt of the competition was. He continued to play with the concept of power and influence as part of his television work throughout his life. Clive James on Television vowed not to do too much deep cultural analysis - but sometimes French adverts with topless women demanded wry interrogation.Soon James left the page to take on the screen directly, and his own show Clive James on Television set a stage for critic-turned-presenter that produced a wonderful legacy. As Black Mirror and Screen Wipe writer Charlie Brooker wrote “Thank God for Clive James”: He has a way of gliding through sentences, effortlessly ironing a series of complex points into a single easily-navigable line, illuminating here and cogitating there, before leading you face-first into an unexpected punchline that makes your brain yelp with delight. The power of a commentator like James putting his money where his mouth (or pen) was inspired many. It’s a style that has also given us wonders like Sarah Millican and Working Dog’s Have You Been Paying Attention. No showpony James’ ease with superstar guests allowed them room to shine, while also asking questions just far enough off the press release to resonate with the viewer at home. When Clive sat down with Billy Connolly and David Attenborough hilarity ensued as the comedian confessed his love of the hairy-nosed wombat.What made James appealing on screen was his apparent unsuitedness to it. He didn’t have the devastating visual appeal of some of the greats – in fact he was perhaps as far away as possible from the Arnold Schwarzenegger style “condom full of walnuts” that screen seems to adore. Of course though, words were all he needed. Behind a desk, championing the otherwise overlooked or unchallenged, he drew our attention to the absurdity of apparently small scale story telling with a genuine energy and charm. It was just enough to make your ears prick up, but subtle enough to let the viewer also come to their own conclusions. Before today’s internet age, when culture from almost every corner of the globe is available to us for us to consume and critique, he championed the Japanese game show Endurance. In doing so, he taught us about the comic tension between content as guilty pleasure or the beginning of the end. He seemed to say: You, dear remote control holder, can decide. More “low voice” to draw us in. The wonderful performer who closed the The Clive James Show each week, Margarita Pracatan, left a final note for James on Twitter today, “Thank you, #CliveJames from the bottom of my heart. You live forever with us”. Start spreading the news, I’m leaving today.