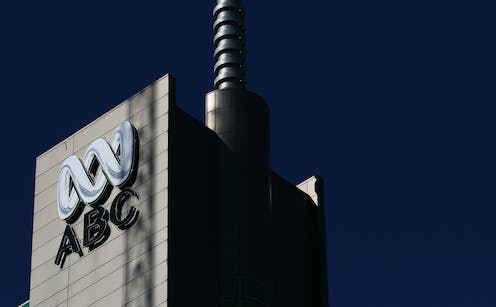 One of the basic tenets of the ABC Act is independence from government. Yet once again, in contravention to that principle, the federal government is trying to push through major, unnecessary changes to the ABC’s governing laws.

The changes themselves might seem innocuous, even positive. They seek to ensure the ABC devotes more resources to covering regional Australia, and to mandate that its news reporting is “fair and balanced”.

Yet, they come at a time when the ABC has less funding than ever, in relative terms, to deal with the bureaucratic burdens these measures would impose.

If passed, these measures will also expose the organisation to political claims that it’s not doing its job. And they represent blatant political interference in how the ABC determines its objectives and what it spends its money on.

On July 31, with little fanfare, the Coalition government introduced the first of three proposed changes to the ABC Act. The Australian Broadcasting Corporation Amendment (Rural and Regional Measures) Bill 2019 requires the ABC to:

The bill suggests the council will cost $100,000 per year, while “other measures … are expected to have no financial impact”. But this is a ludicrous notion given the potential cost of expanding local services across the country.

This regional push by the Coalition government is no benign shepherding of the ABC back to its core duties. It’s actually designed to tie the corporation up in red tape and shift its attention away from national coverage – and the machinations of federal government.

The House of Representatives debated the proposed changes last month, splitting along party lines. A vote is likely in the house early next week. And unless there is significant public opposition, the bill could potentially be passed before the end of the year.

The legislation has been before parliament in various forms since 2015, but failed to get through. It has been the subject of two Senate investigations, most recently in 2018, with Coalition senators supporting its reintroduction to parliament.

However, dissenting reports from Labor and the Greens noted the ABC was already committed to regional coverage and couldn’t provide more without a funding increase.

Another mandate for ‘fair and balanced’ reporting

The second amendment due to be introduced during the spring sitting is similarly unnecessary. The Australian Broadcasting Corporation Amendment (Fair and Balanced) Bill, which is yet to be tabled, is a sop to One Nation Senator Pauline Hanson for her support with the Coalition government’s 2017 media ownership legislation.

This proposal, too, was debated and rejected in parliament in 2017.

As many critics noted when it was rejected, the legislation duplicates existing balance and fairness provisions in the ABC’s editorial policies, and has the potential to constrain coverage of contentious issues.

It is unclear why the Coalition is putting up this bill again, except as an attempt to keep Hanson on side in the Senate.

We have to read the political intent of these changes in light of the ongoing pressures on the ABC. In recent years, the broadcaster has been faced with

These latest proposals to amend the ABC Charter raise bigger questions about how we deal with media law reform. Crucially, to be effective and sustainable, it needs to be strategic, not ad hoc and politicised.

Ever since the ABC was established, one of the country’s most important public policy objectives has been ensuring regional media services. So, rather than tinkering with the ABC, or even granting private owners more concessions, what we need is a comprehensive analysis of media and communications services for regional, rural and remote communities.

The ACCC Digital Platforms Inquiry gave us important insights into the complexity of national media policy in a global environment and recommended stable, adequate budgets for the ABC and SBS.

Pointedly, the ACCC said they are not yet funded

to fully compensate for the decline in local reporting previously produced by traditional commercial publishers.

No amount of changes to the ABC Charter will fix that.