Imagine you’re looking for your keys and you think you might have left them on the bookshelf. But when you look, you see nothing but books. A natural conclusion to draw is that the keys are not there.

Now imagine you’re an early 20th century astrophysicist seeking to test the hypothesis that there is a planet (Vulcan) causing perturbations in Mercury’s orbit. You keep looking but find nothing. You conclude that Vulcan does not exist.

Both arguments seem straightforward, and yet in both cases you are relying on an assumption that an absence of evidence can be a good reason for inferring that what you are looking for is just not there.

Read more: Sorry Mr Spock: science and emotion are not only compatible, they're inseparable

In other words, an absence of evidence is evidence of absence.

But it’s the opposite assumption — that an absence of evidence is not evidence of absence — that has come to have the status of a received truth.

Of gods and aliens

Consider the recent pronouncement by the 2019 Templeton Prize winner, the US-based physicist Marcelo Gleiser, that atheism is inconsistent with the scientific method.

Endeavouring perhaps to put a catechism among the dogmatists, Gleiser reasons that atheists are unscientific precisely because they assume that an absence of evidence (of God’s existence) is evidence of an absence (of God).

That, he asserts, is contrary to the scientific method. Absence of evidence is not evidence of an absence and science abhors a dogmatist.

Gleiser is in interesting company. British astrophysicist Martin Rees, in his 2011 book From Here to Infinity: Scientific Horizons, used the slogan to suggest the possibility of an undiscovered, super-intelligent animal species on Earth and extraterrestrial intelligence elsewhere in the universe. He wrote:

There may be a lot more out there than we could ever detect. Absence of evidence wouldn’t be evidence of absence.

Rees was the 2011 Templeton prize winner and past president of the Royal Society, the oldest, independent academy of science whose luminaries include Isaac Newton, Robert Boyle, Charles Darwin, Albert Einstein and Stephen Hawking.

During the Cold War, US Senator Joseph McCarthy reportedly justified naming someone as a communist, despite a complete lack of evidence, on the grounds that:

I do not have much information on this except the general statement of the agency [unidentified] that there is nothing in the files to disprove his Communist connections. 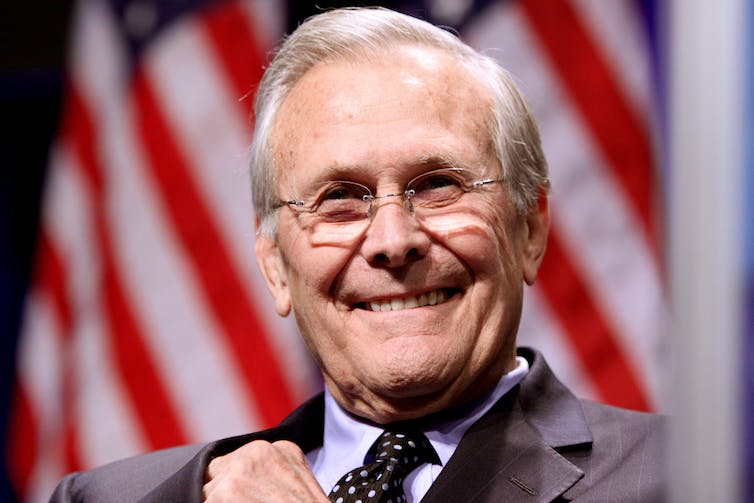 At a NATO press conference in 2002, the then US defense secretary Donald Rumsfeld declared the war in Iraq justified on the grounds that although there was no evidence Iraq had weapons of mass destruction (WMDs):

A hidden God? Extraterrestrials? Communists? WMDs? If this is where the slogan “absence of evidence is not evidence of absence” leads, why would anyone find it compelling?

The slogan sounds like a cautionary tale – a healthy dose of scepticism to ward off the pox of hasty inferences drawn from a paucity of evidence. But trouble brews when cautionary tales get deployed as indisputable methodological principles.

Consider, for example, how the slogan is used against the following (abbreviated) absence of evidence argument:

Animals that feel pain possess the neural circuitry enabling them to execute the neural computations that lead to pain. There is no evidence that fish possess such circuitry. Hence, fish don’t feel pain.

Evidence purported to support the argument that fish feel pain has been strongly discredited by neuroscientists but widely ignored primarily because of the false belief that “incompleteness of current knowledge certainly does not constitute evidence for inferring that fish in particular do not feel pain”. 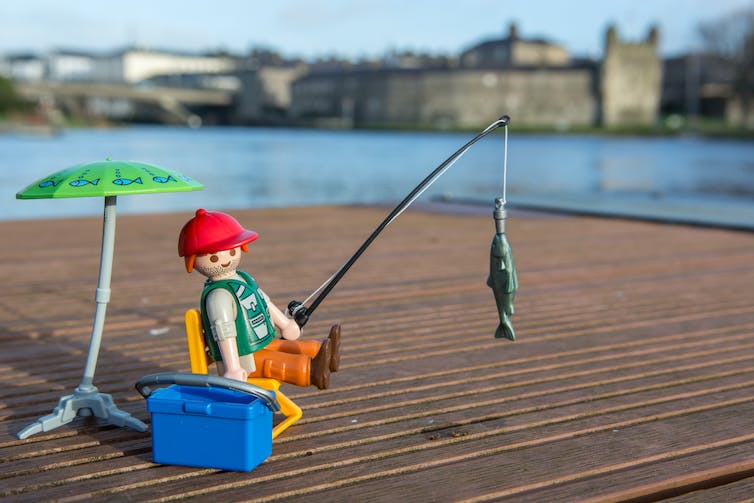 But as far as science can tell, the hardware within the fish brain is simply insufficient to perform the neural computations necessary for a nervous system to be consciously aware of its own inner processes, that is, for it to feel pain.

That’s the best we can say (so far) and that’s the way science works. We have found no evidence that a fish can feel pain, so in this case, we should feel confident that an absence of evidence is evidence of absence.

When finding nothing tells you something

As with the keys and Vulcan arguments at the beginning, we are warranted to infer an absence from an absence of evidence in certain contexts.

If the hypothesis that fish feel pain were true, we could reasonably expect to find evidence of something without which pain in vertebrates does not occur. But in the case of fish, we do not find this evidence.

Critics of the fish argument assume that by deploying the slogan an absence of evidence is not evidence of absence, they have discharged the burden of proof. They insist that the proponent of the fish argument must positively rule out the possibility that in some unknown or yet-to-be-identified region of the fish brain produces pain.

This is not how the burden of proof works.

The burden rests with those who claim that such things are probable enough to be live options.

Read more: Where's the proof in science? There is none

Similarly, if you accept that fish lack the capacity to feel pain, why not task the doubters to prove that fish feel pain?

Ordinary hypothesis testing, revision and replacement – the very falsifiability of scientific hypotheses – depends on being able to assume that in certain contexts of inquiry an absence of evidence can serve as evidence of absence.

What science eschews is not a role for negative findings but the reliance on slogans of any stripe parading as received truths.