The Trump administration angered health experts around the world this week with its attempt to weaken a UN resolution encouraging breastfeeding.

Thankfully the US bid to promote the use of formula was unsuccessful and has prompted discussions about the importance of exclusively breastfeeding (if possible) for the baby’s first six months of life, before solids are introduced.

It can be difficult to find reliable information online on timing and how to introduce foods – and how to balance that with breastfeeding. Here’s what the recommendations say, and the science behind them.

The World Health Organisation defines exclusive breastfeeding as feeding only breastmilk and no other food or drinks, not even water. The definition does allow inclusion of oral rehydration solutions, or drops or syrups for vitamins, minerals, and medicines given by a doctor.

Preterm or underweight babies may need extra nutritious fluids, which are administered in consultation between the parents and treating doctors.

Some mothers may not be able to breastfeed. Others may choose to move on from breastfeeding. If a baby isn’t breastfed, or is partially breastfed, commercial infant formula should be the only other food given until six months.

Read more: Breastfeeding is not 'easy' – stop telling new mothers that it is

Breast (or infant formula) feeding is recommended alongside solids until the baby is 12 months and, for breastfeeding, for as long as the mother and infant want to keep going.

Parents can start introducing solids from around six months of age. At this age, the baby’s iron stores obtained from his or her mother will have started to deplete. Pureed meat or legumes and iron-fortified rice cereal, are good sources of iron and are perfect first foods.

Next, parents can introduce a variety of vegetables, fruit, and other foods from the five food groups: 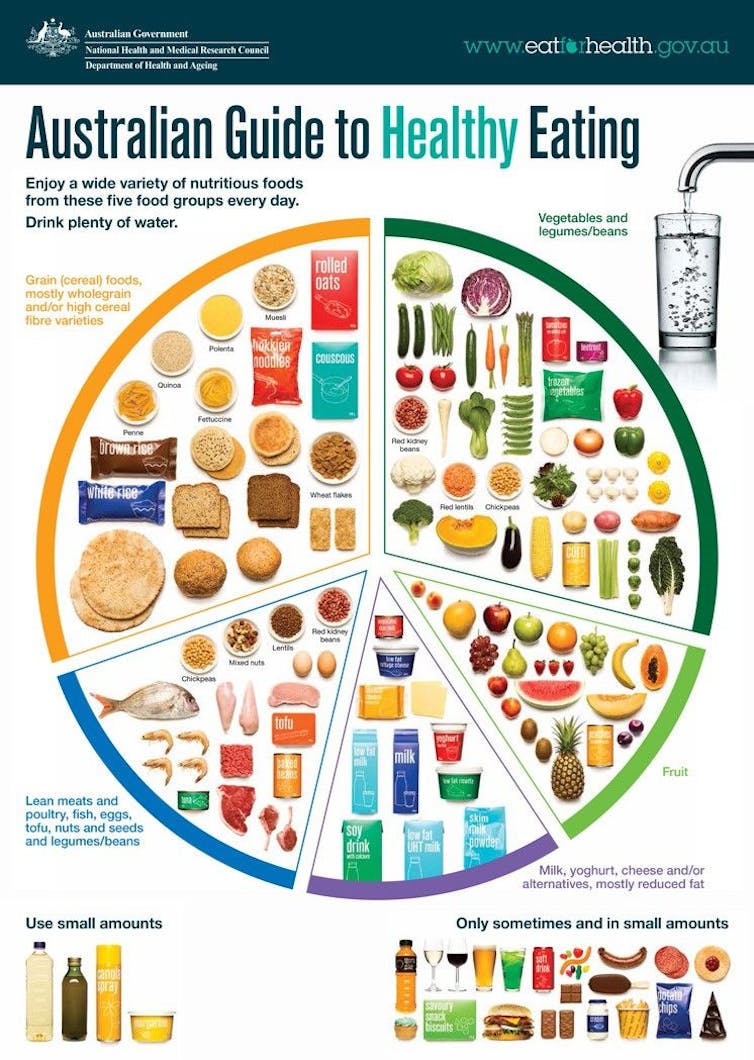 New foods should be added one at a time. Gradually increase the texture from pureed initially at six months, then to lumpy, and to family food textures at 12 months of age.

Take care to still avoid hard foods that don’t break up easily to prevent choking, such as nuts and small, hard pieces of vegetables and fruit.

Cow’s milk products can be introduced, including full-fat yoghurt and cheese, but cow’s milk shouldn’t be given as the main drink until after 12 months.

Boiled then cooled tap water can be given from six months and tap water should continue to be boiled first until 12 months.

By 12 months, babies can be offered a variety of nutritious foods that are enjoyed by the rest of the family, except for choking hazards such as nuts.

Why does timing matter?

Breastfeeding has many benefits for the mother and baby. It protects babies against infection, obesity, and chronic diseases such as type 2 diabetes later in life.

Breastmilk has all the energy and nutrients babies need in the first months of life. Even when exclusive breastfeeding doesn’t work out as planned, every extra day a baby receives any breastmilk is beneficial. Breastmilk contains antibodies and helps to mature the infant’s gut.

At six months, babies also need solid foods to help meet their energy needs for growth and development, and specific nutrient requirements. Iron deficiency anaemia is common in infants, mainly due to a low intake of iron-rich foods after six months of age. 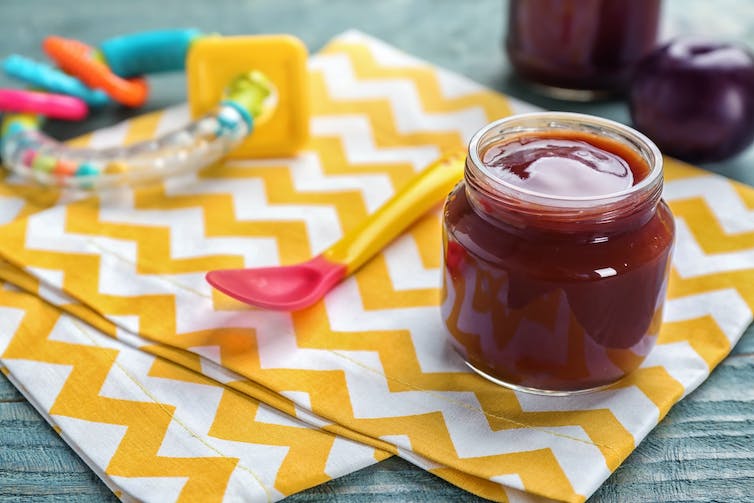 Puree fruits and vegetables when introducing solid foods. From shutterstock.com

By six months, babies usually show signs they’re ready for food. These include sitting up, controlling their head, eyeing your food when you eat, and reaching out for food.

In our 2016 study of mothers and their children, we found babies introduced to solid foods at six months were less likely to experience feeding difficulties than babies who were given solids between four and six months of age.

Top tips for nutrition in the first year

1) Seek advice on breastfeeding when you need it. Talk to a lactation consultant, breastfeeding counsellor, or community health nurse. They help parents and caregivers work out the best approach to infant feeding and support mothers to reach their breastfeeding goals.

2) If at first you don’t succeed, try, try again. Don’t worry if your baby refuses new foods, that’s normal. Babies need to be offered new foods many, many times before they learn to like them.

Fussiness can cause meal-time struggles for parents, but repeated tasting in a positive environment and role modelling can help babies learn to accept unfamiliar but nutritious foods, such as vegetables.

It’s also important to respond to your baby’s cues to know how much food to give them. Forcing them to “clean the plate” can erode their ability to follow their appetite and hunger cues.

Food flavours may be passed through breastmilk. This means if women who are breastfeeding eat a variety of healthy foods they could be helping their baby accept new food flavours when they transition to solid foods and in later life.