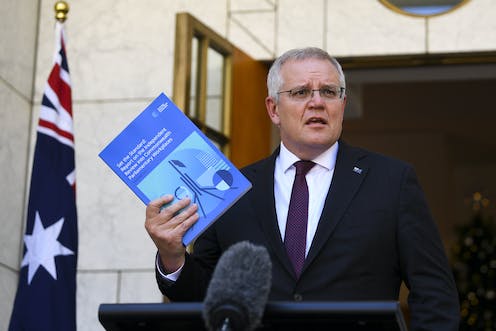 In the wake of Brittany Higgins’ shocking allegations about being raped in a ministers’ office by a colleague, Prime Minister Scott Morrison initiated multiple inquiries.

Arguably, the most significant was the independent review into parliamentary workplaces, headed up by Sex Discrimination Commissioner Kate Jenkins and...

In the wake of Brittany Higgins’ shocking allegations about being raped in a ministers’ office by a colleague, Prime Minister Scott Morrison initiated multiple inquiries.

Arguably, the most significant was the independent review into parliamentary workplaces, headed up by Sex Discrimination Commissioner Kate Jenkins and supported by Labor and the crossbench.

The review has been underway since March, speaking to current and former MPs and employees at parliament house and its associated workplaces – such as electorate offices and the press gallery. On Tuesday, the 450-page report, Set the Standard, was released.

As Jenkins observed, parliament house should be something “Australians look to with pride”.

This report represents a wholesale change strategy, and calls for leadership and accountability across a diverse parliamentary “ecosystem”. This new roadmap is grounded in the testimony and experiences of more than 1,700 contributors, including 147 former and current parliamentarians.

What did the report find?

The report included a survey of current parliamentarians and people currently working at parliament house (such as staffers, journalists and public servants). More than 900 people responded.

Frequently, like at least every week, the advice was go and cry in the toilet so that nobody can see you, because that’s what it’s like up here.

Aspiring male politicians who thought nothing of, in one case, picking you up, kissing you on the lips, lifting you up, touching you, pats on the bottom, comments about appearance, you know, the usual. The point I make with that… was the culture allowed it, encouraged it.

The report notes a devastating impact on people as a result of these experiences. This included an impact on their mental and physical health, confidence and ability to do their job, as well as their future career, “these experiences also caused significant distress and shame”.

Sex Discrimination Commissioner Kate Jenkins has been working on the parliamentary review since March. Dan Himbrechts/AAP

The drivers behind this behaviour

A critical part of the report looks at the drivers which contribute to misconduct in parliamentary workplaces. Participants also described risk factors which interact with these drivers to endanger their workplaces.

The risk factors include:

There are 28 recommendations in the report.

They include a statement of acknowledgement from parliamentary leaders, recognising people’s experiences of bullying, sexual harassment and sexual assault in parliamentary workplaces, targets to increase gender balance among parliamentarians and a new office of parliament staffing and culture.

Former Liberal staffer Brittany Higgins was briefed on the report before it was made public. Lukas Coch/AAP

The report also wants to see the professionalisation of management practices for parliamentary staff and a code of conduct for parliamentarians and their staff. An independent commission would enforce these standards.

The report also calls for a new parliamentary health and well-being service.

Two key press conferences – from Morrison and Jenkins – accompanied the release of the Set the Standard report. But the change expected by the report requires much more than words – it requires concerted action.

Parliament now needs to endorse and implement a number of key accountability mechanisms to ensure that, as an institution, it ensures all building occupants are safe and respected at work. These include the office on parliamentary staffing and culture and independent parliamentary standards commission.

Read more: Who decides when parliament sits and what happens if it doesn't?

In addition, the report calls on the parliament itself to continue reflecting and thinking through appropriate changes. For example, the parliamentary work schedule is shown to drive a workplace culture that values “presence and endurance” over remote working and flexibility. Sitting in the chamber at 9pm does not necessarily equal productivity, particularly when it is propped up – among political staffers – with alcohol.

There is no simple solution here. Some argue long hours in parliament house mean longer periods away from parliament, in the electorate, with families. Others argue the work day should end – as it does in other workplaces – before dinner. Jenkins recommends parliament does its own review of the sitting schedule. Hopefully this will create “buy in” from parliamentarians, but reviews like this have been undertaken before (and have not led to cultural change).

For this report to lead to meaningful change, everyone in all the many, varied parliamentary workplaces has to take responsibility for the systemic inequality that drives toxic workplace behaviour in the building.

Responsibility is not equally distributed though. Morrison may call for a bipartisan approach, but he currently leads the government responsible for instigating the inquiry and implementing its recommendations.

His challenge will be in convincing the electorate he means it when he says he wants to fix this “very, very serious problem”.

If you or someone you know is impacted by sexual assault, family or domestic violence, call 1800RESPECT on 1800 737 732 or visit www.1800RESPECT.org.au. In an emergency, call 000. International helplines can be found via www.befrienders.org.