From ethereal kelp forests off the south east Australian coast to grassy woodlands and their stunning wildflowers, many ecological communities are under threat in Australia.

But national environment legislation — the Environment Protection and Biodiversity Conservation (EPBC) Act — has so far been ineffective at protecting them.

In our recent paper, we identify a major flaw in the current approach to listing threatened ecological communities for protection under the EPBC Act: the requirement to meet unrealistic condition thresholds.

In other words, where areas of a community do not meet these specific minimum thresholds, they’re considered too degraded to warrant conservation and aren’t protected under the EPBC Act. 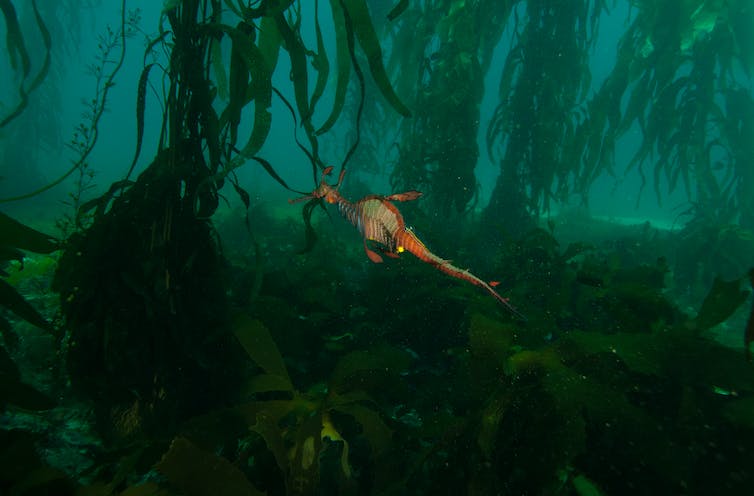 The giant kelp marine forest of south east Australia is among 85 threatened ecological communities listed under the EPBC Act. Shutterstock

An ecological community is a group of species that co-exist in a specific type of habitat and interact with each other. For example, a mangrove community is clearly different in structure and the types of plants and animals is supports, compared to what you would see in a salt marsh community nearby.

Just like individual species, ecological communities can occur over thousands of kilometres, even though examples of this type of community may only be found in small and patchy areas across that range.

There are currently 85 threatened ecological communities listed in the EPBC Act, and the majority of them are listed as critically endangered or endangered.

Major threats to these communities include land clearing and development, which can increase their risk of extinction.

For example, less than 5% of the box gum grassy woodlands remain in good condition. This critically endangered community is home to a number of threatened plant and animal species, such as the spotted-tailed quoll, but many areas have been degraded and cleared for farming, threatening their survival.

The flaw in the law

Most listings of threatened ecological communities contain very specific “condition thresholds”. These thresholds were introduced to the legislation in 2005 in an effort to prioritise habitats considered higher quality.

Condition thresholds are usually defined in consultation with experts and often involve very specific descriptive characteristics, such as minimum patch sizes or numbers of species. 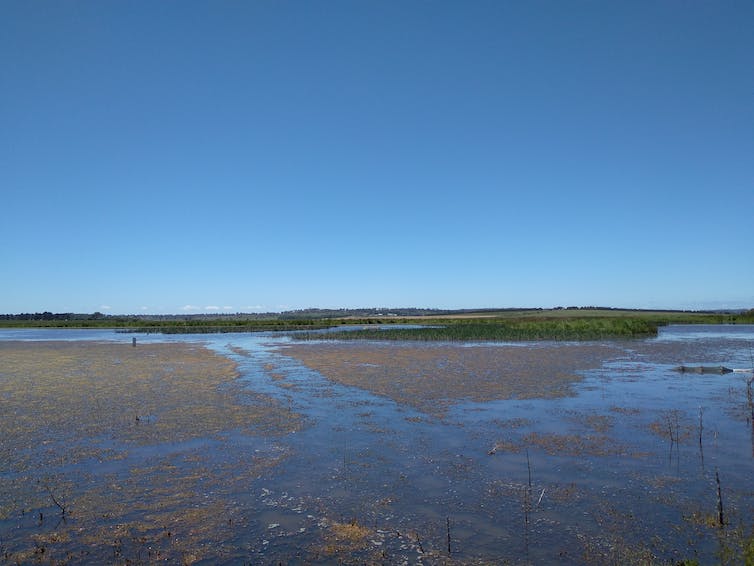 If areas of a community do not meet these specific minimum thresholds, it means a landholder doesn’t require approval to clear or develop parts of a community, if those parts are perceived to be “poor quality” habitat.

For example, the condition thresholds for Coolibah-black box woodlands suggest protection only applies to woodland patches larger than five hectares. This ignores the ecological importance of smaller patches that increase the connectivity of habitat in the landscape. 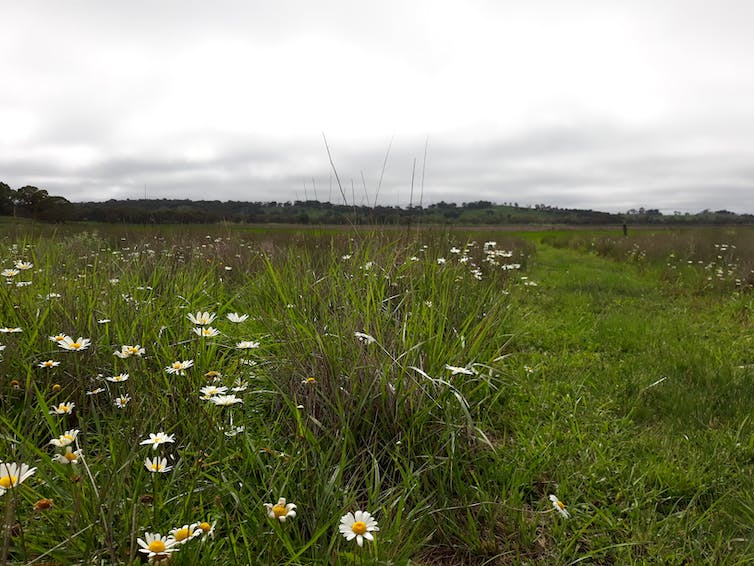 Little Llangothlin Lagoon in Llangothlin, NSW, is one of the 58 lagoons are left in the Northern Tablelands. Manu Saunders, Author provided

This is bad for biodiversity conservation in Australia for two reasons.

First, excluding examples of a threatened ecological community from protection because they don’t meet restrictive condition thresholds assumes these areas have no ecological value.

This is clearly a flawed assumption, as small, disturbed or degraded remnants can still be important to conservation. They could, for instance, be a target for restoration, a source of regeneration for nearby areas of the community as part of a larger natural corridor, or a habitat for threatened species.

Let’s take the critically endangered ecological community of the Cumberland plain woodland in the Sydney Basin as an example. Only 9% of the woodlands’ original extent remains today.

Despite providing habitat for threatened squirrel gliders, bats, and land snails, urban development in areas containing the woodland were continually approved during the 2000s — a death by a thousand cuts for the species and communities in patchy conditions. 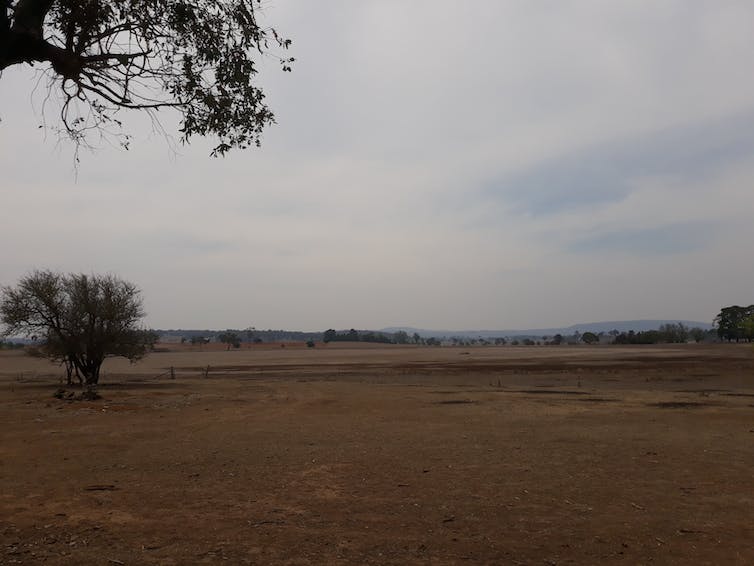 Second, restrictive condition thresholds aren’t appropriate for conservation and management of communities that naturally change over seasons and years. This is particularly a problem for dynamic ecosystems like wetlands that cycle through natural dry and wet phases.

Wetlands can support completely different groups of plant and animal species in different phases, from waterbird breeding events when they are wet, to kangaroos and butterflies when they are dry.

Read more: Why a wetland might not be wet

These dynamic systems rarely exist in a state that would warrant protection under the restrictive thresholds.

For example, the listing for upland wetlands of the New England tablelands and the Monaro plateau excludes farm dams and domestic water storages.

This is a problem, because most remaining examples of these wetlands are on private property and almost all have been modified by humans in some way, including damming. Few of these modified wetlands would technically qualify for protection.

Yet some of these modified wetlands still support diverse plants and animals and are important sites for migratory waterbirds, such as Latham’s snipe.

Because this threatened community has such a small distribution and very few examples remain (only 58 lagoons are left in the Northern Tablelands), excluding even a few because of unrealistic condition thresholds greatly increases their risk of extinction. 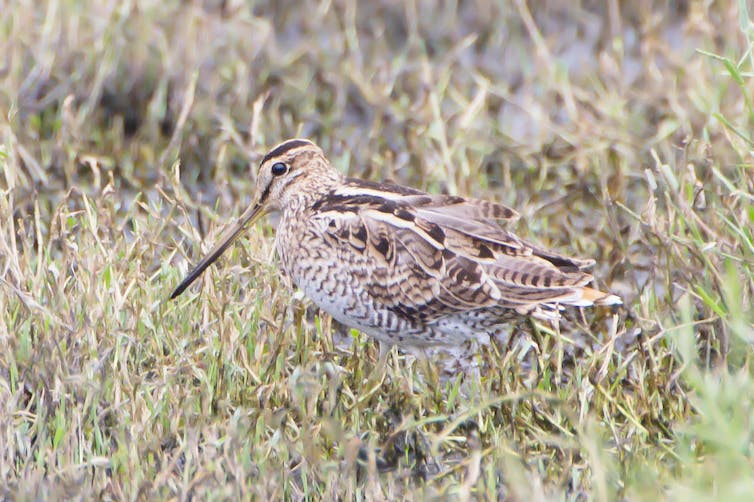 New attitudes in a changing world

It’s clear governance frameworks have struggled to keep up with the changes in ecosystems that human activity causes.

Read more: Climate-driven species on the move are changing (almost) everything

These frameworks are often based on a flawed assumption: that natural systems remain essentially the same over time. To prevent further biodiversity loss, we need better understanding of how, when and why ecological communities shift between different states.

Importantly, we need to change our approach to environmental governance frameworks, including seriously rethinking condition thresholds in the EPBC Act, to ensure we can continue to protect biodiversity as it rapidly changes before us.