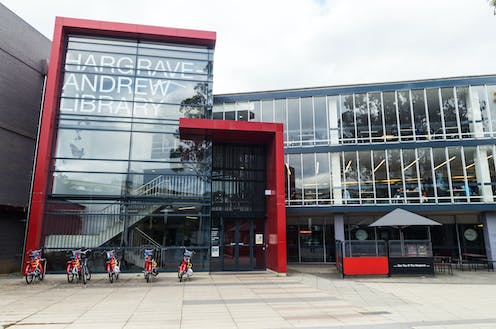 Monash University will reportedly cut 277 jobs by the end of the year, due to projecting a more than A$300 million financial shortfall caused by COVID-19. It comes after the vice chancellor of another Group of Eight university, UNSW, Ian Jacobs, announced on Wednesday the university would cut 493 jobs.

These announcements are the latest in a long line of cuts to university workers’ pay, conditions and job losses across the country in recent months. In May, Universities Australia projected 21,000 job losses in the next six months, with more to go after that. The group’s modelling shows Australia’s universities could lose $16 billion in revenue between now and 2023, largely due to the loss of international student enrolments.

University staff have borne the brunt of this funding crisis. The government has not increased funding for the higher education sector, and excluded public universities from the JobKeeper scheme.

University after university has sacked casual staff – which make up up to 70% of teaching staff at some universities — and declined to extend the contracts of fixed-term staff. While the cuts at UNSW include full time staff, in April, around one-third of casuals at the university had reported having lost work.

La Trobe and RMIT university had let go of hundreds of casual “non-essential” staff in the same month.

Casual jobs lost run into the thousands nationwide, but the full extent of losses is unknown. Casual staff are flexible labour, so reliable statistics are not kept. An idea of the scale can be garnered by La Trobe vice chancellor John Dewar’s statement A$7 million had been saved at his institution by cutting casual jobs.

What about the union deal?

The context for industrial relations in universities is the National Tertiary Education Union’s (NTEU) National Jobs Protection Framework — an agreement negotiated between the NTEU national leadership and a representative group of four university vice chancellors in March this year.

The premise of the deal was ask some staff to take wage cuts and pay freezes in return for saving some jobs.

Category A universities could implement cuts of up to 10%. Category B universities – those most affected by revenue reduction – could cut some staff’s pay by up to 15%. Category C comprises the small number of universities hardly affected financially by COVID-19, who would not make changes. Clauses requiring consultation before major restructures in existing enterprise agreements would be severely weakened. Union officials estimated 90% of universities would fall into Category A or B.

This controversial plan sparked a civil war in the union, and was withdrawn on May 26, having been released less than two weeks earlier.

Staff meetings, including branch committees and members’ meetings, in around 15 universities voted against the concessions in the framework. In the end only four (Charles Sturt, Monash, UWA and La Trobe universities) — out of Australia’s 39 vice chancellors signed up to it.

Critics of this strategy argued offering reductions to hard-won pay and conditions showed weakness from the union and would only lead to further attacks on conditions by the universities. They said the wage cuts were unnecessary, and pointed to the vague nature of the job protections. Instead they advocated a political and industrial campaign by the union to defend members’ pay and conditions and demand the government fully fund the industry.

Read more: More than 70% of academics at some universities are casuals. They're losing work and are cut out of JobKeeper

Since then, agreements based on, or similar to the union’s framework, have gone through on a number of campuses, supported by the NTEU leadership.

La Trobe University’s amended enterprise agreement allows for pay reductions of up 15%. This is $174 per fortnight for those on the median full-time wage of $65,000. Shortly after the all-staff vote and despite 239 voluntary redundancies, La Trobe announced it was looking at 215-415 forced redundancies later in the year.

This indicates there is no guarantee that voting to support cuts to wages and conditions will prevent job losses.

Staff don’t have to pay for crisis

At the University of Western Australia, a combination of compulsory taking of unpaid leave and pay cuts means staff will have almost 10% less in their pockets. Monash University, the Western Sydney University and the University of Tasmania have also seen union-management schemes which reduce staff pay. And, as we have seen, Monash will be slashing jobs anyway. Although vice chancellor Margaret Gardner says they have managed to save 190 of them.

Hundreds of job losses have also been announced at Central Queensland University, Southern Cross University and Deakin University. The picture is bleak. But it is by rejecting the notion only staff pay and conditions are the flexible factors in the equation —and being prepared to campaign against university administrations and governments on this basis — that the sector can be improved for staff, students and the public.

Read more: The government is making ‘job-ready’ degrees cheaper for students – but cutting funding to the same courses

Universities have financial resources — property, bequests and philanthropic funds and access to lines of credit — they can access rather than forcing staff to sacrifice pay and conditions, or lose their jobs. The notion of public education as a public good must be re-asserted, especially in the face of the government’s unfavourable stance towards universities.

By staff rejecting concessions on pay and conditions, fighting for every job, and organising towards industrial action in next year’s bargaining round, they can start to put pressure on universities to treat them better, and the government to increase funding.

Kaye Broadbent was a casual academic at Central Queensland University until she lost her job in a recent round of cuts. She co-authored this article.