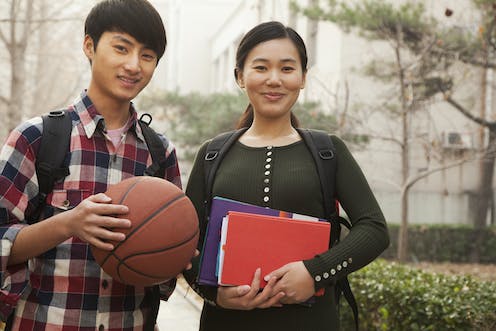 Only 40% of students in China who previously intended to study overseas still plan to, while just under 50% of those who had studied overseas plan to return to their study after the borders reopen.

These are results from our unpublished survey of 1,012 students we conducted in China between June 5 and 15. We asked them whether they would continue with their plan to study abroad post COVID-19.

These findings are not surprising. Due to growing tensions between China and the West – even before COVID-19 – middle-class parents in China had become increasingly concerned about the safety of, and possible discrimination against, their children abroad, including in the US and Australia.

The pandemic seems to have accelerated this trend.

What students say about studying in Australia

Of the 1,012 students we surveyed, 404 had registered to study abroad in the next three years (in the US, UK, Australia, Canada, Japan, New Zealand and Singapore) and 608 had been studying overseas (including in Australia, US, UK, Canada, New Zealand and Japan) before COVID-19 .

In the questionnaire, we presented interviewees with considerations and asked them to nominate which ones would influence their decision about whether to study in Australia after COVID-19, as well as in other countries.

The first group (group A) includes 304 students who had studied in Australia but who were not able to return due to travel restrictions.

Of these, 50% were undergraduates, 42% graduates, 5% doctoral students, and 3% vocational education or high school students.

The second group (group B) includes students who had never studied abroad before but had registered their intention to in the next three years, including in Australia, before COVID-19.

Not many students in either group considered issues such as more expensive air travel, less freedom in China and online lectures as critical factors influencing their decision to study in Australia.

But the two groups reacted to some factors quite differently. The students who had studied in Australia before considered the following factors as more critical to their decision:

The group of students who hadn’t yet studied in Australia but planned to, considered the following factors as critical:

What the students said

Not surprisingly, both groups considered the Chinese government’s warnings against visiting, or studying in, Australia important. A decision to study and live abroad is often made by the whole family in China. Official voices weigh significantly in such decisions.

A student who had done some of her master degree in a Melbourne university said:

After the Chinese New Year, Australian borders were closed to Chinese students due to COVID-19. Direct travel was not allowed. So I travelled to Thailand and spent 14 days in a small hotel in Bangkok before I landed in Melbourne. I had to be self-quarantined for 14 days in my rented room.

Then I found all lectures were moved online and the situation of COVID-19 became serious in Melbourne. The PM urged international students to go home. My parents were so worried. They paid for an over-priced air ticket and a quarantine-hotel in Shanghai for me for 14 days before I could go back to my hometown.

When the [Chinese] government announced the travel and study warnings, I couldn’t convince my parents that things aren’t that bad in Australia. They listened to the government and believed the ‘official voices’ rather than their own daughter.

There have been cases (though isolated ones) of Asians or Chinese people being bullied in Australia due to COVID-19. Unfortunately, social media in China often distorts such cases and amplifies the (mis)perceptions. And the tensions between China and Australia have enhanced these negative perceptions.

Sending their children abroad was once a privilege for elites with intellectual, economic or political power in China. But this is now quite common among middle-class Chinese families.

Australia has attracted many Chinese students in recent decades. But if Chinese students with Australian degrees are less appreciated or less competitive compared to those who study in other countries or in local universities, families will look for other options.

A Chinese student who had been studying at a Sydney university told us:

We are the clients and the degrees are a commodity; we pay for our degrees. What if the commodity loses its value? The clients will surely walk away.

COVID-19 has had a negative impact on the number of Chinese students likely to study in Australia. But the downward trend started way before the pandemic.

Australian universities need to adjust their strategies for a future that will not only deliver value for Chinese students, but also strengthen a positive perception about this value.