The loss of life from the spread of coronavirus has been on an enormous scale. In the USA more Americans have now died from COVID-19 than in the entire Vietnam war.

Notwithstanding some poignant and passionate speeches by particular individuals (notably New York Governor Andrew Cuomo), much of the discourse has focused on the economic, political and policy division, rather than grief for the victims.

This broadly sanguine response might be due to perceptions that it is mostly older people dying from coronavirus, although experts warn younger people can die too. Witness the relief at new reports that children under 10 have not accounted for a single transmission of the virus. The deaths of older people have been comparatively discounted, not the least because many were socially isolated even before the pandemic.

The Greeks of antiquity reflected on the death of the young and the old in some very creative mythical narratives. Greek myth reflects on and reminds us of some of the less attractive characteristics of human life and society, such as sickness, old age, death and war. In the ancient Greek world this made it harder to put old age and death into a corner and forget about it, which we tend to do.

Achilles, the hero of Homer’s Iliad, actually has a choice in the timing of his life and death.

He can have a long life without heroic glory, back on the farm, or he can have a short life with undying fame and renown from his fighting at Troy. The fact that he chooses the latter makes him different from ordinary people like us. 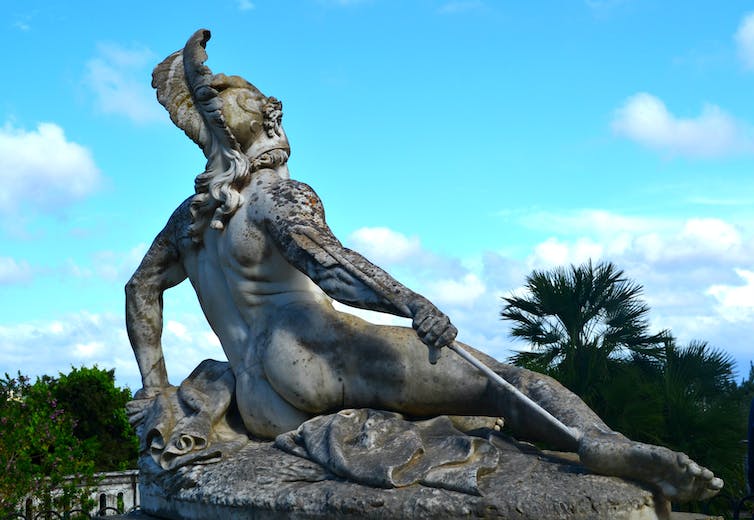 Achilles’ heroism is fundamentally linked to his own personal choice of an early death. But it also means his desperate mother, the goddess Thetis, will have to mourn him eternally after seeing him for such a short time in life. Such is the pain for the loss of a child in war.

A play by the master Athenian dramatist Euripides is even more focused on young and old death. The play Alcestis was produced in Athens in 438 BC, making it the earliest surviving Euripidean play (about ten years before the plague at Athens).

In the play, the king of Thessaly – an appallingly self-interested person called Admetus – has previously done the god Apollo a favour, and so Apollo does Admetus a favour in return. He arranges for him to extend his life and avoid death in the short term, if he can find someone to take his place and die in his stead.

Admetus immediately asks his father or mother to die for him, based on the assumption that they are old and will presumably die soon anyway. But the father, Pheres, and his wife turn down Admetus, and so he has to prevail on his own wife, Alcestis, to die for him, which she agrees to do.

The story of the play is based around the day of her death and descent to the Underworld, with some rather comic twists and turns along the way. Death (Greek Thanatos) is a character in the play, and he is delighted to have a young victim, in Alcestis, rather than an old one. “They who die young yield me a greater prize,” he says. 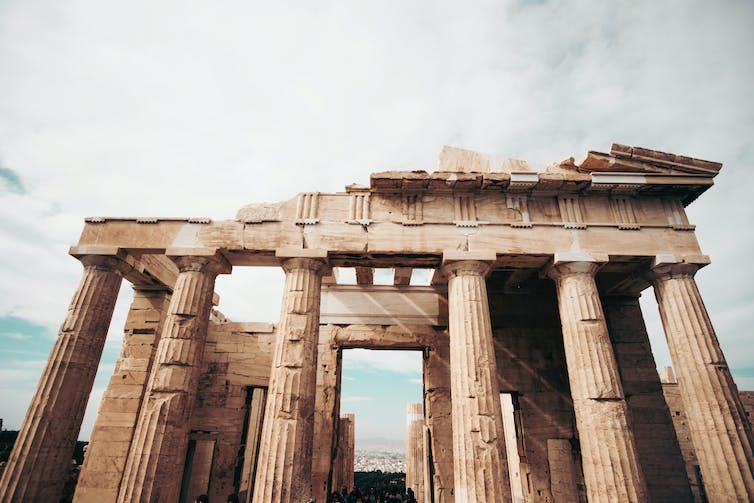 The light catches the Acropolis, Athens. Cristina Gottardi/Unsplash, CC BY

The light of day

There is a particularly spiteful encounter between Admetus and his father on the subject of young and old death:

Yet it would have been a beautiful deed for you to die for your son, and short indeed was the time left for you to live. My wife and I would have lived out our lives, and I should not now be here alone lamenting my misery.

I indeed begot you, and bred you up to be lord of this land, but I am not bound to die for you. It is not a law of our ancestors or of Hellas that fathers should die for their children! … You love to look upon the light of day – do you think your father hates it? I tell myself that we are a long time underground and that life is short, but sweet.

The Alcestis of Euripides, and other Greek myths, remind us, should we ever forget, that love of looking upon the light of day is a characteristic of human existence, both for the young and the very old.